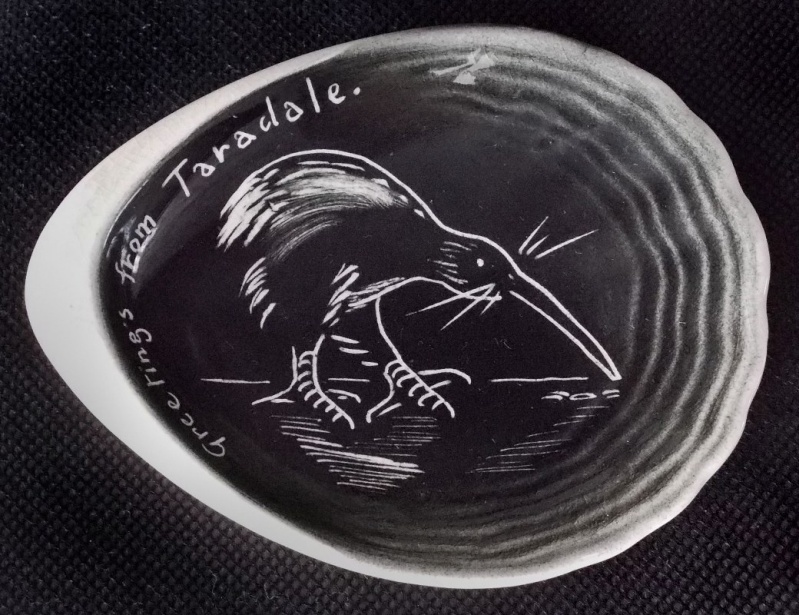 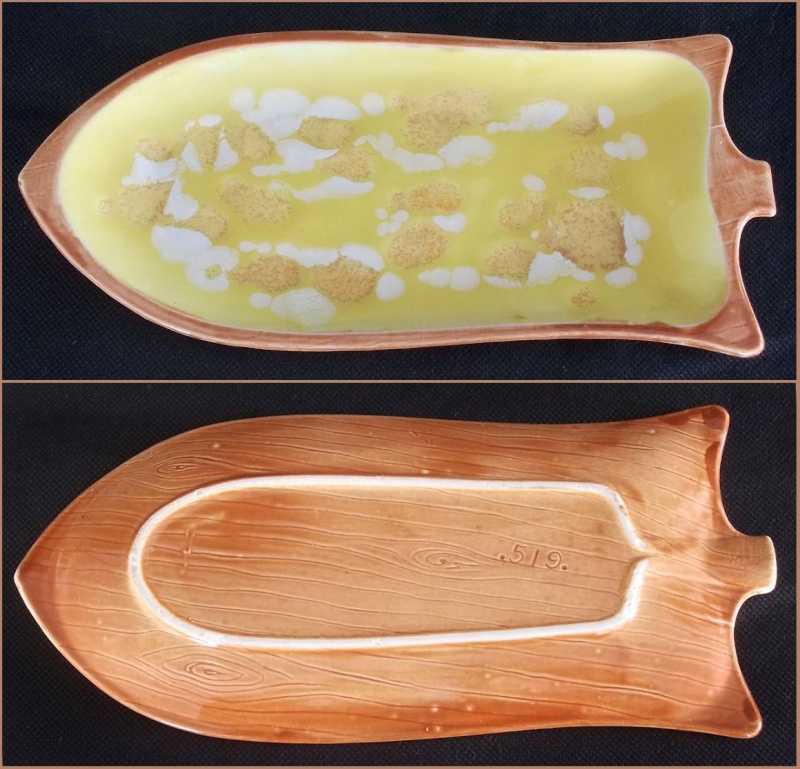 It has a very unusual decal on it and looks really top class.
Now that woodgrain .519. is part of a series and I've seen them over the years and often wondered who had made them.... I knew that they were not made by Crown Lynn as they are often listed as, but I never considered that they were made by Titian, but I can't think of anyone else who would have made them, so I will go along with your thoughts

There was a blue one listed on Trade Me a few weeks ago which was advertised as possible Titian and then I came across this one a few days later in a second hand shop and I am pretty sure it is Titian by the feel, look of glaze and the number. But I haven't got a woodgrain vase to compare the glaze.

I have two woodgrain vases and they are nothing at all like this dish. The vases have a random woodgrain simply beautiful finish, whereas these dishes have a wood-like look which is the same on all of the bases of the pieces that I've seen. Though I'm not sure if that is from the mould they are made in or not ...?

After sleeping on this woodgrain topic, I would like thoughts from others please, as I'm not sure about putting it into the Titian Gallery.
I will check with Cam and Bev Brown next time I see them too.

This lovely dish is not what I understood as woodgrain... agree with you Ev.

Hello, I have changed to woodgrain title and added a question mark until we have the answer.

Ev, I think the S.101 Kiwi Shell is the drawing from the Titian gallery page 3.

Oh yes, so it is. I will replace with your photo and thanks for picking up on that

I have changed the title back to Titian .519. Fish platter.

Ev that 519 fish platter is the same colours as that other little dish you took to cam and bev brown.

Thanks for bumping this thread haselnuss. I have added your pic to the Gallery. Heh I thought that it was another leaf shape, but perhaps not 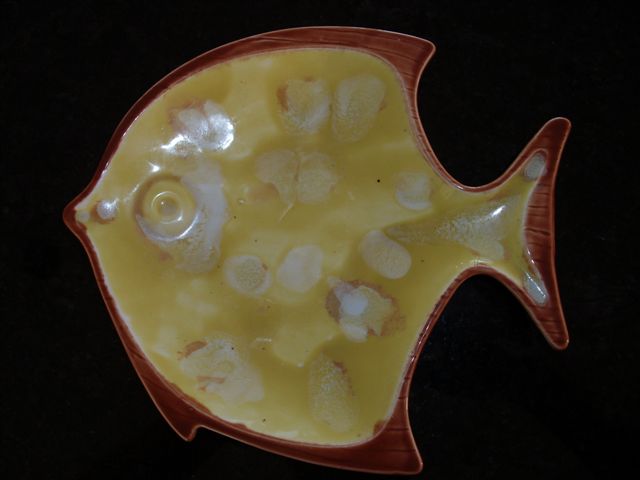 Hello EV, Yes, Mine does look like another leaf shape and the fish dish is nice. 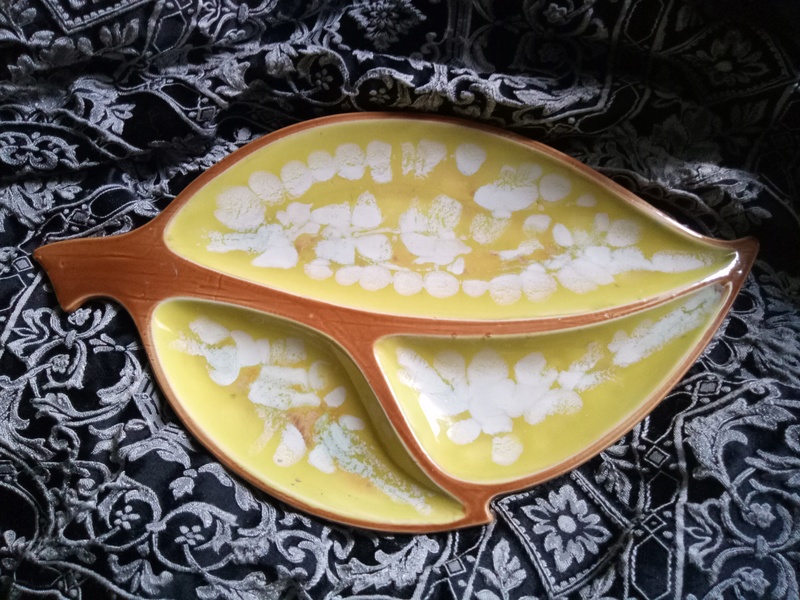 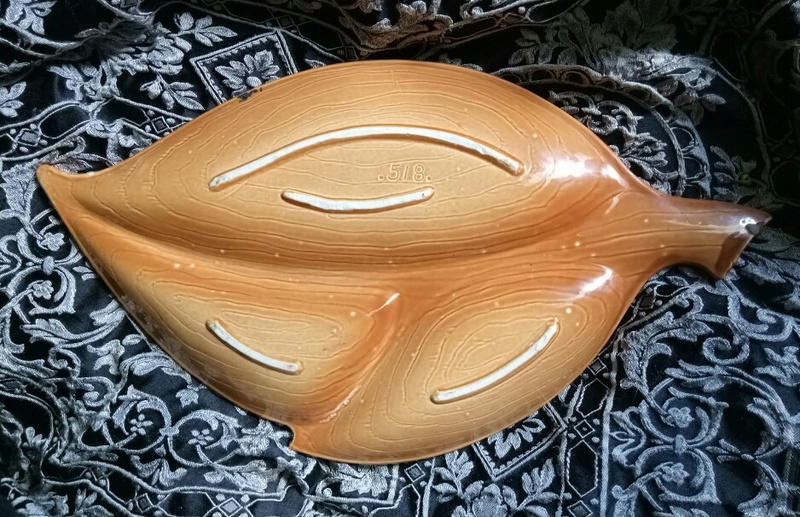 So is this Titian?

Yes Bev and Cam Brown confirmed that these were made by Titian.
We have this shape in the Titian Gallery