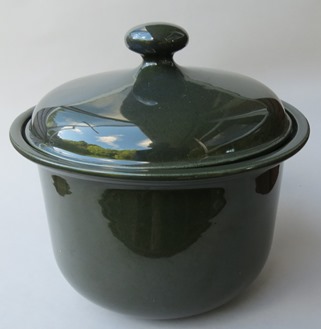 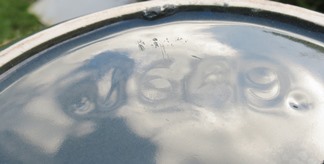 Oh wow how amazing to actually find one of these

These are made from vitrified porcelain clay so can be safely used in the oven.
There is one on these in the photo from Expo 70 that Jeremy got permission to put on the site. Hopefully he can add a link for us.
Please use it one day and tell us how you found it to cook in.
Thank you !!!! 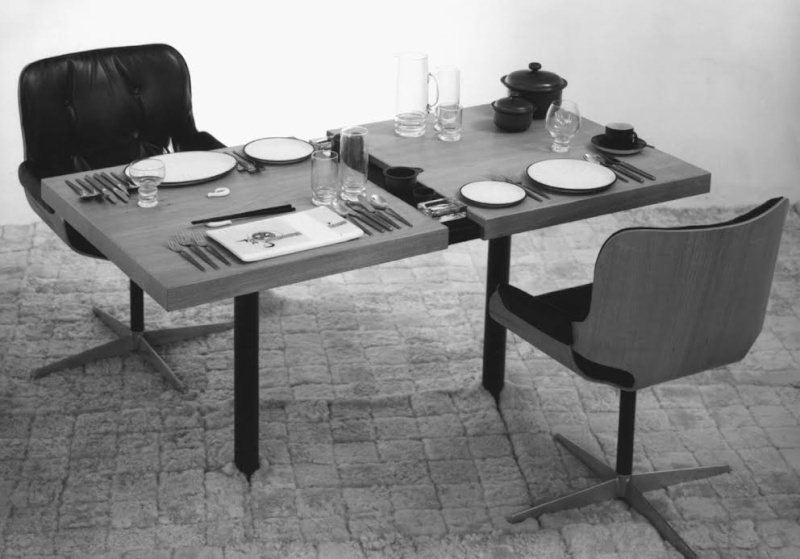 Ev I love it when I find something that makes you go yellow and bounce up and down! The lid is a bit wonky so maybe it was a second.
And ta for those expo px Jeremy. Good to see on the site.


Val, do you have a liquid measure with ounces on it to test it out?

From my reading of Val's photo the number appears to be 1669, which is an Ionic casserole like Tricia's one (see 1673), which would mean it has the wrong number.

I checked Val's diameter measurement against my 1647, and both are written up as 185mm (18.5cm) which means the same lid will fit both, which means Val's could also have lid 1650, which means it would be a 1648, which is what I initially picked the Expo one to be!

Val, we need to get our pots together.

I have checked the numbers and the 4 is very clear - its definitely 1649.  Yes we need to get these pots together Jeremy... next week would be better than this week.

Val has loaned me her pot to play with.

First thing, as Val says, despite ambiguities in the photo, the number is clearly 1649.

From there things get screwy.

On measuring the pot I find that it comfortably holds 45 ounces, 50 at a squeeze;
I tried 64 (the top measure on my Pyrex jug, and it formed a meniscus and just avoided flowing over.

I tried my own 1647 24oz, as I thought the volume measure may refer to the volume contained under the lid as well, but found that it comfortably holds 24oz, as it should.

The lid of Val's pot is 5mm smaller than the one on mine. Over the full diameter I don't know how significant that is, whether it's a fair tolerance or a different size and number.
Both pots are a bit wonky but even taking that into account Val's is slightly smaller OD.

The footring of Val's is measurably smaller too, about 4mm.
I was expecting them to be the same.

The height to the lip of Val's is LESS than twice mine.
I would expect a pot containing about 2 1/2 times the volume to be MORE than twice the height.

All things considered Val's pot comes closer to the gallery description for 1648 than 1649. Could the descriptions be wrong?