These were sitting side by side at Hospice Te Atatu Peninsula and the glaze was an obvious match so even though the second is not marked I have no issues with it being Clay Craft too. I have had the first shape before but it got broke. I have made the second one look bigger in the montage but as per the measurements it is smaller. Same bowl shape. The loop handles of the second one are rather nice. 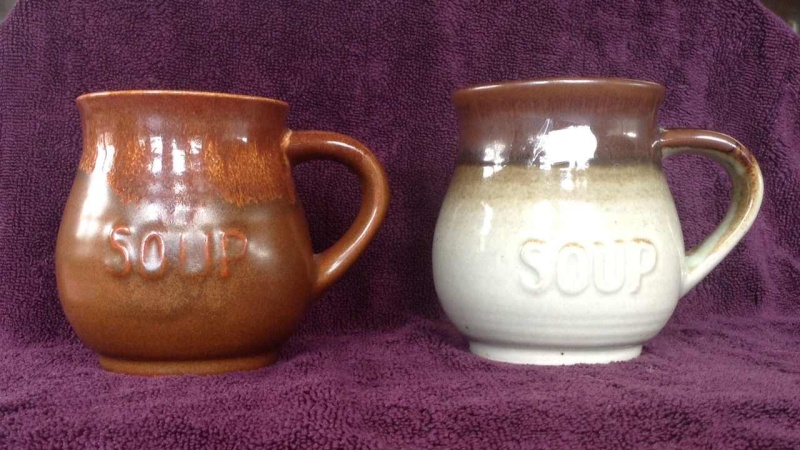 Both marked Clay Craft New Zealand. The "Clay Craft" is covered in glaze on the brown one and not legible but the glaze is Clay Craft rather than KilnCraft.
These are a size match for the Clay Craft large mug.

There are minor variations. The wording is lower and more crisp on the second and the foot ring measurably smaller in diameter. 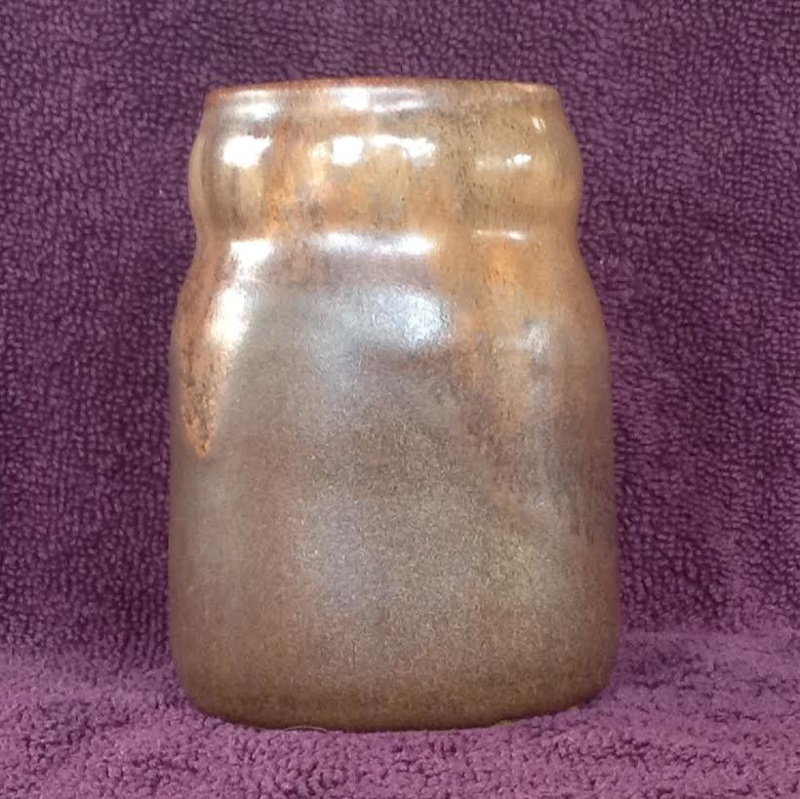 Val put me onto this shape.
The glazes tend to be pre-Clay Craft, so I'd say Beach, Traditional, or KilnCraft.

None of these shapes is in the gallery. 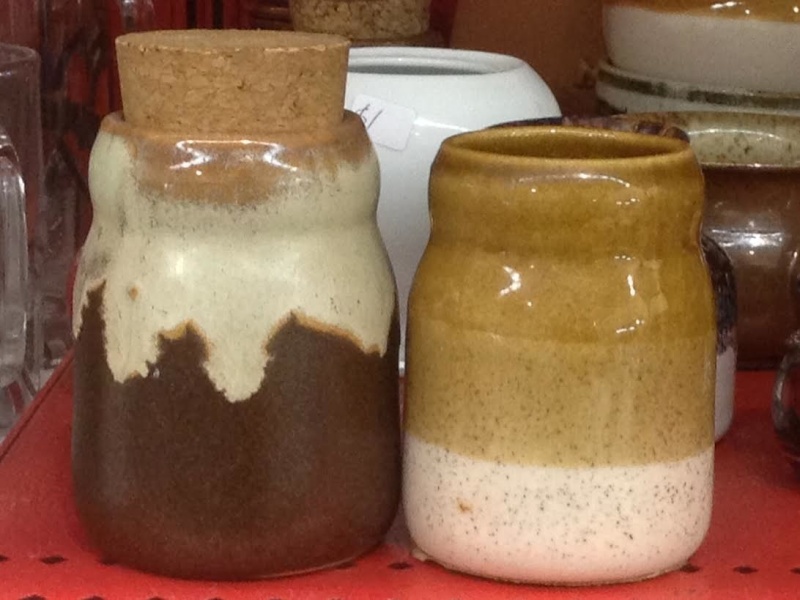 As seen at Whangarei SPCA store. $4 and $3 respectively.
Two similar pots in different glazes. Slight difference in height.
The cork on the l/h pot may help identify use as storage rather than vase.
The r/h pot has a sand glaze of the type used by KilnCraft, which differs from the Orzel sand glaze.
I do not recognise either glaze set as having been used by Clay Craft.

I am almost almost almost but not totally convinced that this is from the Beach, Kiln Craft etc line. I have several in different glazes. Will post px tomorrow all going well. Judging by size, I would say these are spice jars though I have yet to find one with a sticker to support that. I will have to apply the sniff test! 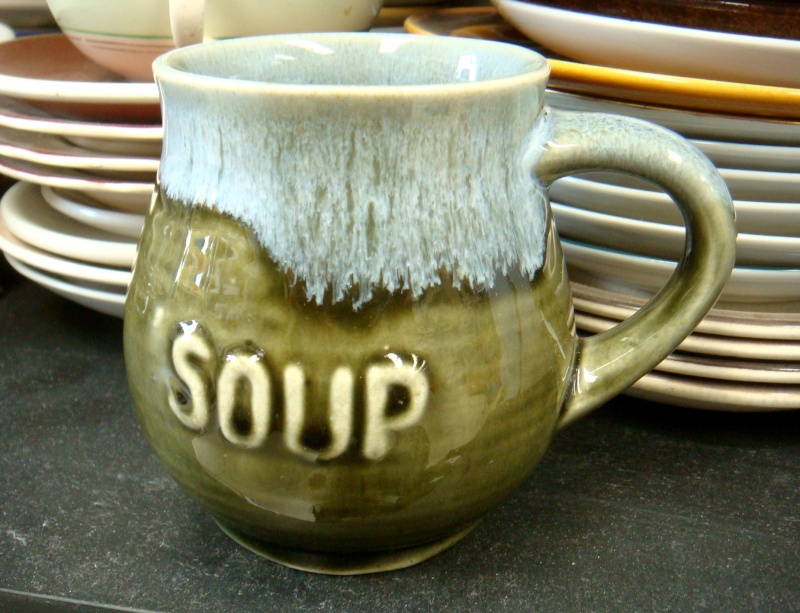 This has a little different glaze than the other two 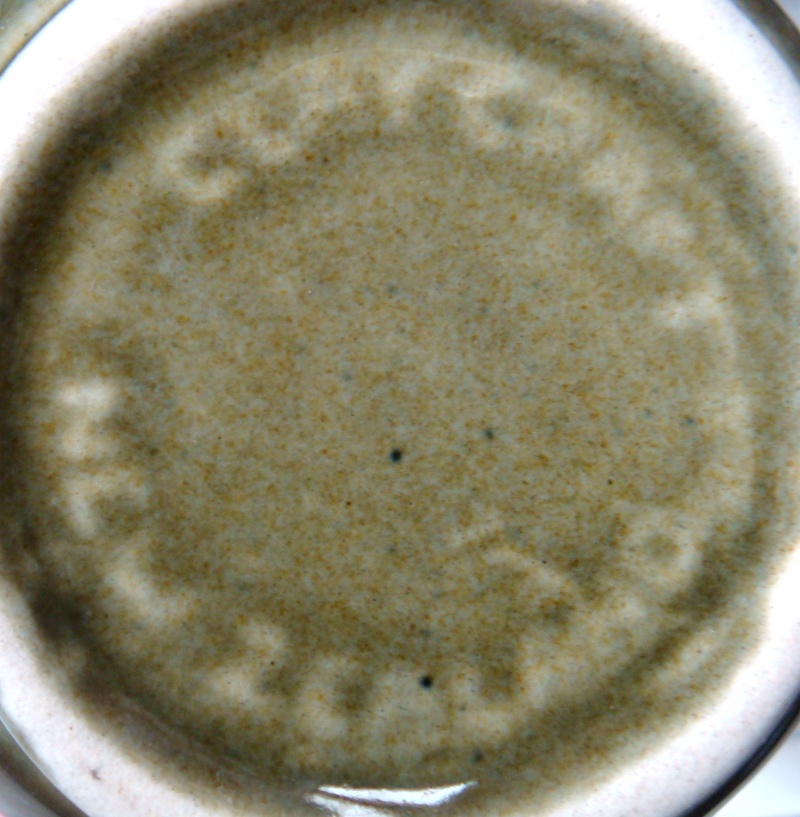 Pretty much filled with glaze, but you can just make it out