Gail Henry writes on page 68 of her first edition about Kiddibricks.

It seems that the 1890s were a time of great productivity and lead to the need for more streamlined operation. One of Luke's sons, Percival, wanted to experiment with a brick pressing machine and to test his theory produced a small model which produced miniature bricks. These were immensely successful and due to the demand from local children this Kiddibrick venture lasted from 1893 through to the late 1960s.

When Luke Adams closed down in 1975 (they became a subsidiary of Crown Lynn Potteries Limited in 1965) the operation went to Crum's Brickworks, Ashburton who purchased the brick press machine. 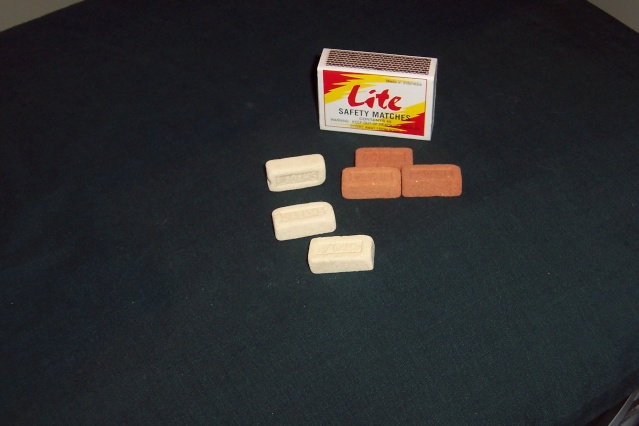 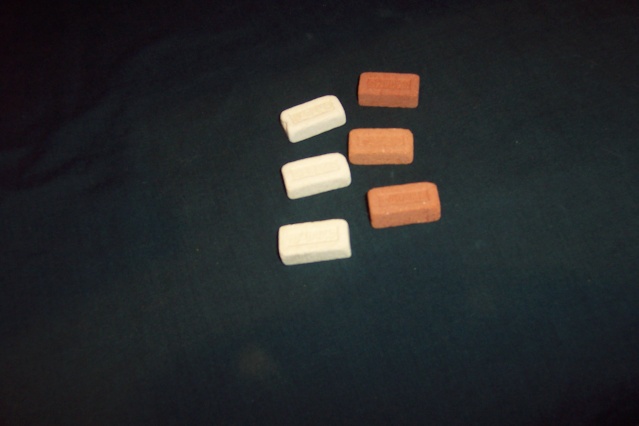 They are marked, quite simply, LADAMS

Joss have me this box containing 190 kiddibricks. 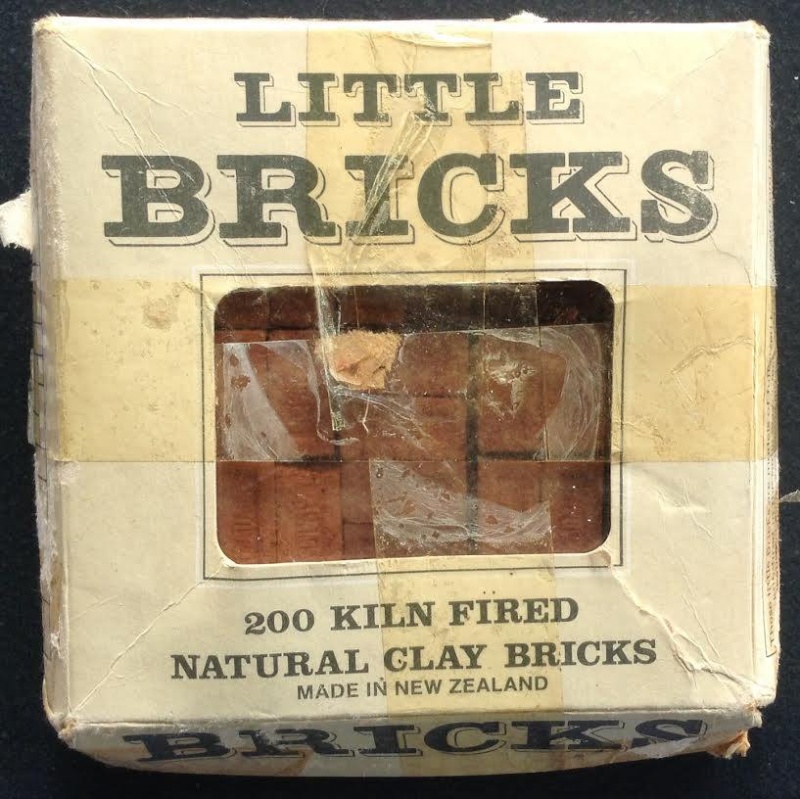 When Crown Lynn took over Luke Adams Pottery Bert Adams bought back the machine for making the kiddibricks. Ralph Crum from Ashburton Brickyard bought it from Adams' estate and commenced making the miniature bricks from local clay using a new mould, effectively the same shape as the Adams one. These were packaged in boxes of 200 and sold as "Little Bricks".

I don't know whether this set originally contained instructions, roof and chimney as it came to me without them. 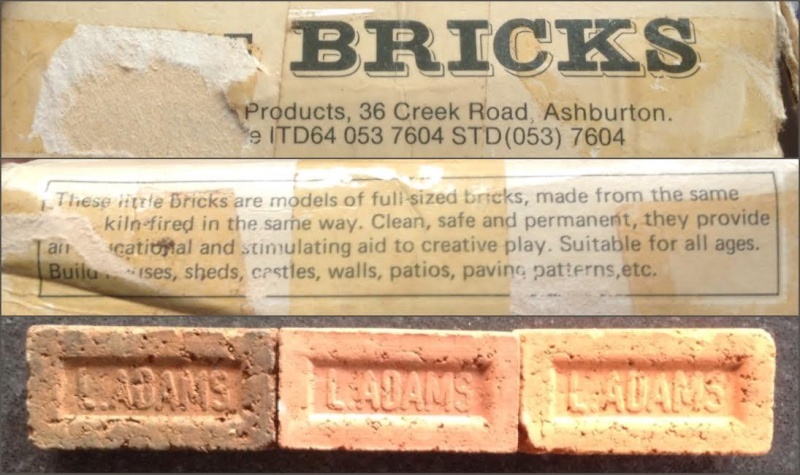 The single brick on the left is quite overcooked. The other two are representative examples of the colour range. 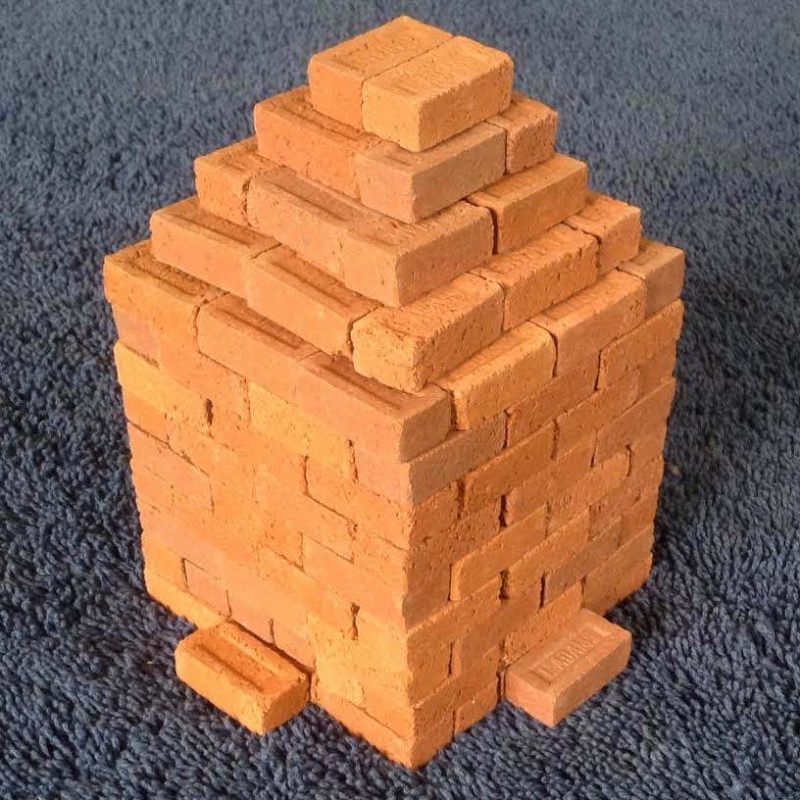 This little construction employs all 190 bricks. it is a solid pile of bricks apart from two half-brick-sized cavities which allow for overlaps in the pyramid: I have not cut any bricks.

I managed to buy a box of Little Bricks in the weekend so I was very pleased to have a comparison between the original Kiddie bricks and the replicas. The newer ones are a bit bigger and sharper edged. I think I have 198 of the original 200.