I was looking through the forum for this cup. I found a 3610 in the gallery as a tall cup. This one is 70 mm high and is only impressed "Made in New Zealand" It is vitrified. I noticed most of this pattern is in the 700 range gallery. 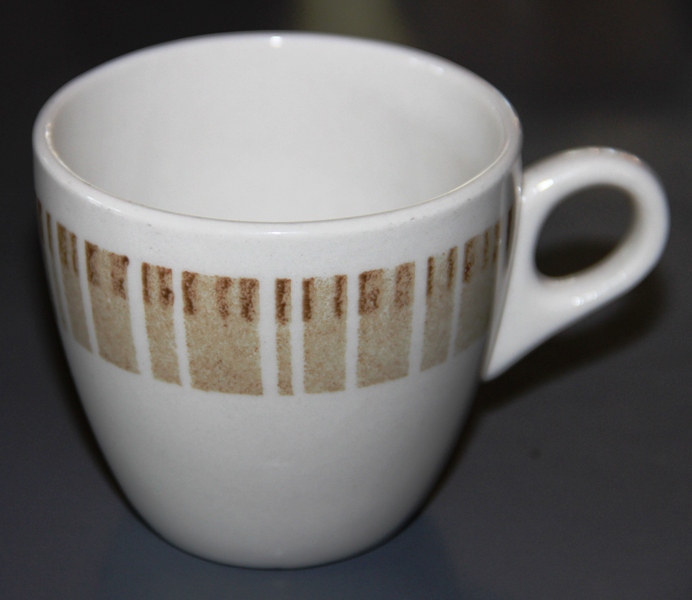 I think TALL refers to SHAPE and PROPORTION rather than SIZE Mike.

Good point about 3 and 4 digit numbers. I don't see anything in 700s or 800s that could be an earlier number for this cup.

If you find an example of this shape that predates 18.3.64 then a re-think will be needed!

You will notice that this is the very first of the vitrified 4 digit cup numbers and therefore must have been one of the first allotted under the new 4 digit numbering that began in 1964, indicating the likelihood of a totally new design.

Existing 3 digit shapes were not automatically given new 4 digit numbers. The Cook & Serve can never got a 4 digit number, and it appears that it's supposed successor, the 3618 dated 1968 never really caught on, with the only example yet to appear being the Reflections cans I have posted.

It is likely that the other hospital/hotel shapes already existed as 3 digit numbers in 1964 and if or when their numbers changed it was much later on.