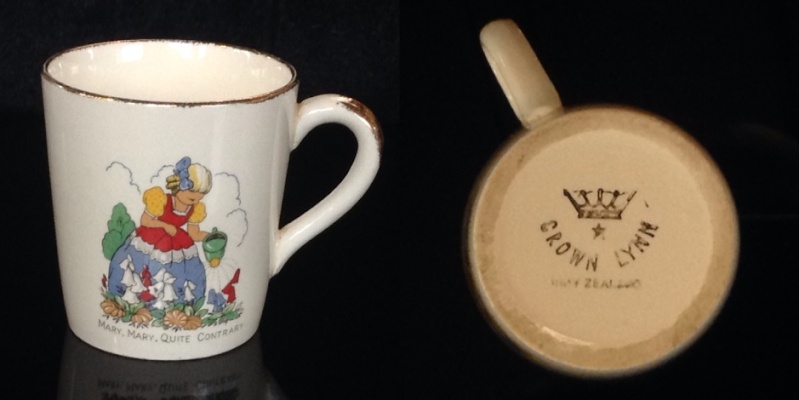 My Kiddies Ware (not all Crown Lynn). 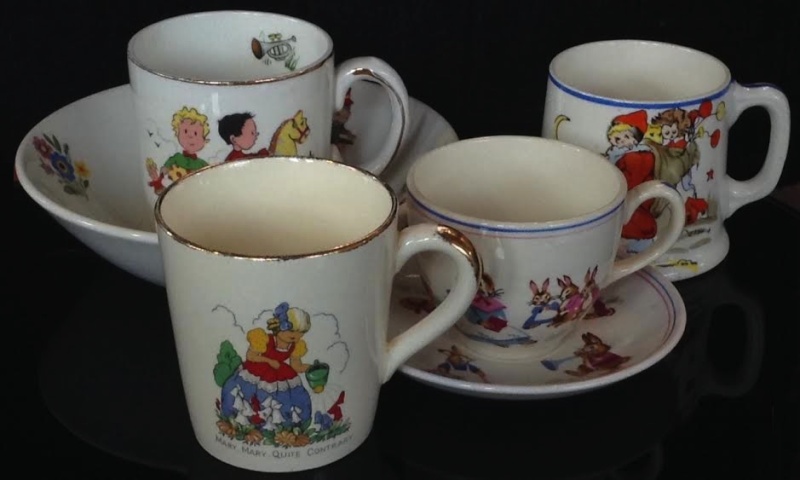 I just saw a listing on trademe that leads me to believe the wee mug sitting in the CL Humpty Dumpty bowl is Biltons, England. I see a lot of Biltons at the opshops, a bit like CL.
http://www.trademe.co.nz/Antiques-collectables/auction-742686664.htm

Excellent thanks Jeremy. I don't think I've seen that shape before ...?
mrnarna posted a plate with this pattern on it, but like many of his photos it doesn't show any more which is a shame as it could be another shape we don't have.
http://newzealandpottery.forumotion.net/t1020-its-a-good-day-when-you-find-a-piece-like-this-chequers-and-mary-mary-quite-contrary?highlight=mary

I was leading the bidding on tm for one with "Ride A Cock Horse" transfers but I had already bought the other (maker unknown mug in the lower pic) with the same rhyme (different transfers) so as soon as someone outbid me I did a buy now on this one. I paid a little more, but as is so often the case the real thing is better than the photo.

It is very similar to the brown one at #8 in the "rattling cups" topic but significantly smaller.

I'm now trying to collect the early (let's say 3-digit) mug shapes. I have a marked 714 shaving mug (not the ? one I posted), 419 Navy mug, 844 kiddies (as above), unnumbered Shufflebotham (Canterbury Centenary, not Empire Games), and the one from "rattling" (in Fleurette). I think that leaves the unnumbered yellow ER, the 841 (Yank), and the 728 beaker. Maybe two other shaving mugs.

I think I will excuse myself from buying the Tom Clark and the hand-potted two-handled coronation cup count as they were limited editions as they are very expensive. 2-handle:
http://www.trademe.co.nz/Browse/Listing.aspx?id=742178286

I might throw in a Santa jug, which looks like a mug, although I suppose it's a bit big, and likewise a small Toby if I can get them cheap enough.

Can you think of any other early mug (not cup) shapes?

I thought of this 844 shape when I saw this little children's mug.
But it is only 6.5mm high and 6.2mm wide at the top.  The base is 5.8mm wide.
Also the footring is skinny, which made me unsure, but it has to be old doesn't it.
Now comparing to yours Jeremy, I will have to say that I don't think it's Crown Lynn even though it 'feels' right. I don't think that I've seen that transfer before either. . 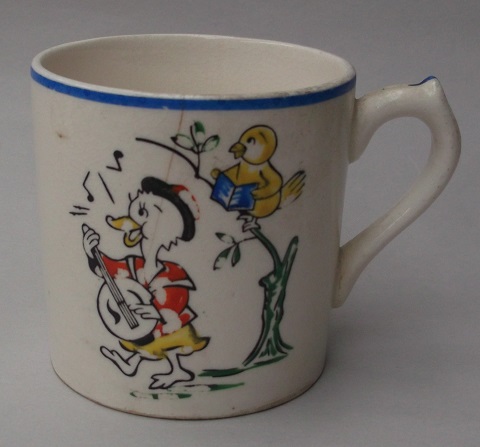 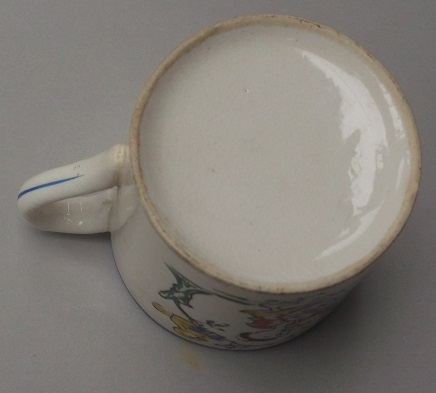 I agree that the transfer is not familiar and nor is the treatment of the base, but the blue line reminds me of RNZAF cups.

I have not noted this cup shape anywhere before.

Certainly something to ponder.

Two recent acquisitions match the shape of Ev's cup above (ctr in my montage).
Left cup is a bit smaller than right.
.

Old side plate with a different pattern  'Mary Mary quite contrary"
she has bluebells & cockle shells in her garden too, 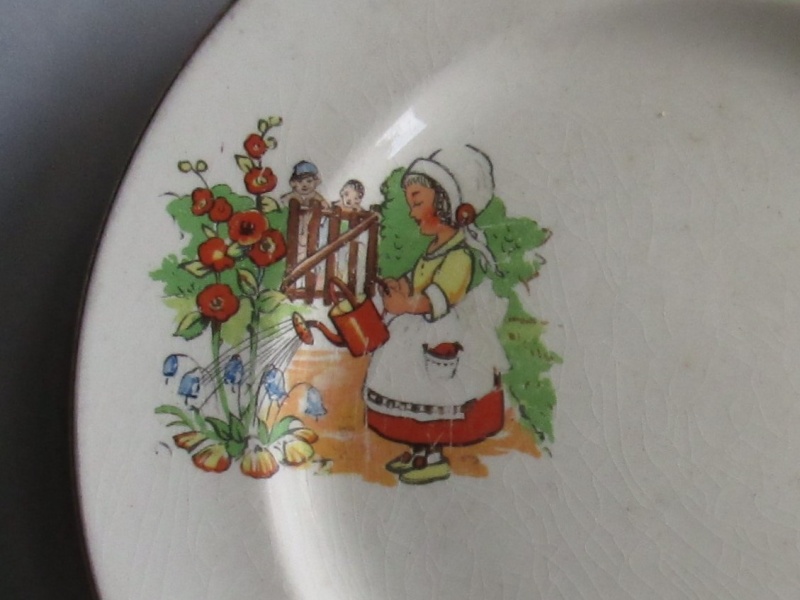 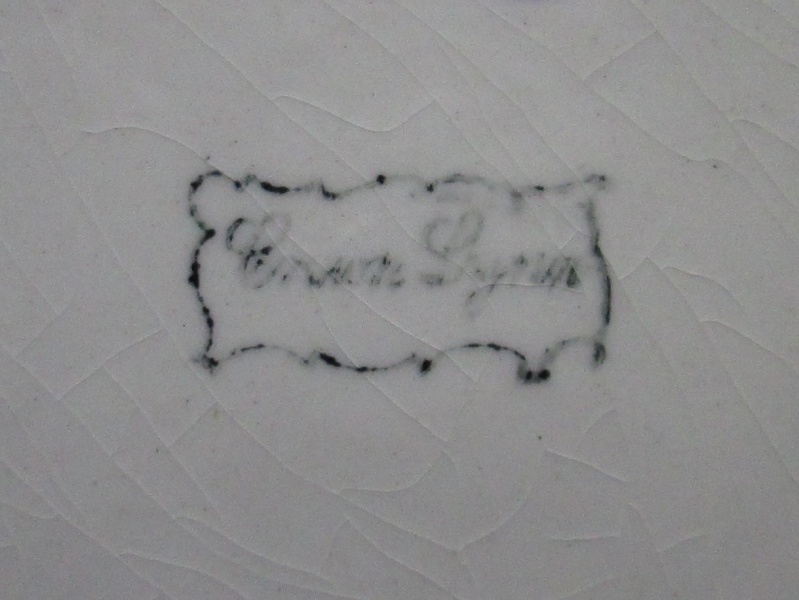 By comparison my one, top of topic, looks a bit Disney!

I can see the bluebells and cockle shells on both of these and it makes me want to sing the nursery rhyme ....