As Keith Murray's work, through Ernest Shufflebotham, was so influential on Crown Lynn's hand-potted wares, and because Murray was after all born in New Zealand I thought we should have some mention of him on the forum. (No search results at time of writing.)

For an introduction to Murray's work Wikipedia is a helpful start.
It also has links to various collections.
http://en.m.wikipedia.org/wiki/Keith_Murray_(ceramic_artist)

I have one comment on the wiki piece: not all Keith Murray's work for Wedgwood is signed. According to another internet source only those from the year 1933 have full signature and the KM mark was dropped with the opening of the Barlaston factory, which was also designed by Murray (1939/40). Therefore I would not expect to see a Murray mark on an "Etruria and Barlaston" backstamped piece, even though it has the same shape as an earlier Murray-marked piece. I don't think that is strictly correct as I have just bought one which DOES have both KM and Etruria and Barlaston on the stamp.

Below is a montage of grabbed images of mug shapes attributed to Keith Murray. All but top right have been attributed to him by someone or other and some are marked as his work, and the one mentioned may have been but I stored the pic a little while ago and have lost track of its source.
[photo showing nine different mugs removed for copyright reasons]
[I will attempt to rewrite without]
Two ceramic versions of the bourn-vita sleepy time mug are of particular interest. I'm sure there must be some pretty good information out there to confirm or refute the attribution.

I have versions only two mugs, both about four inches high, the latter of which appears to be his best known mug. My "1152" mug (left) has an earlier backstamp with no KM on it so I query the attribution. The seller of one I have a bid on on TM claims it is Keith Murray. I will ask. The 1152 mug was also made without the lines on the handle. 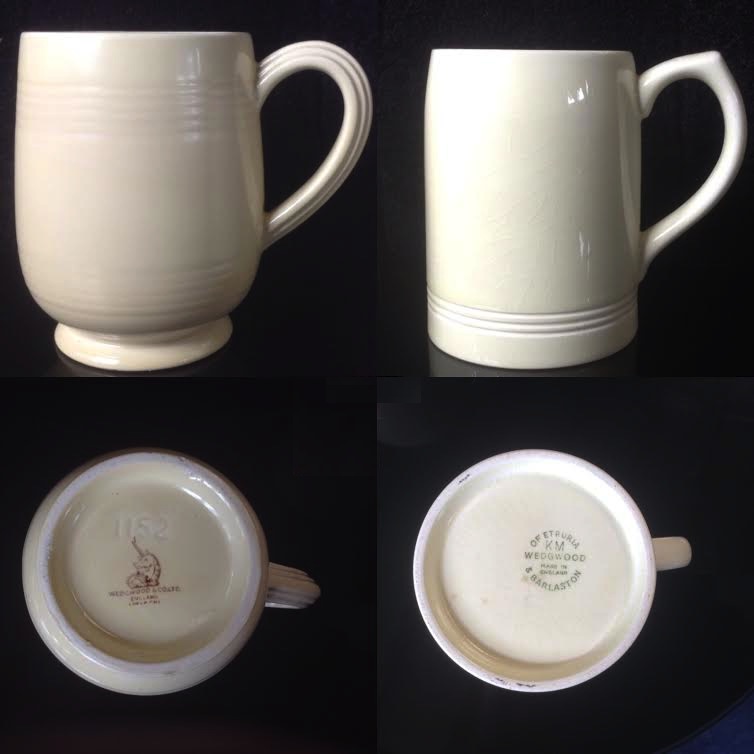 Some shapes were made in different sizes so might alternatively be described as mug or tankard. The mug in the auction mentioned above is a match in all but size for my 1152 and is marked 1153. The other mug is larger than my KM but marked the same. 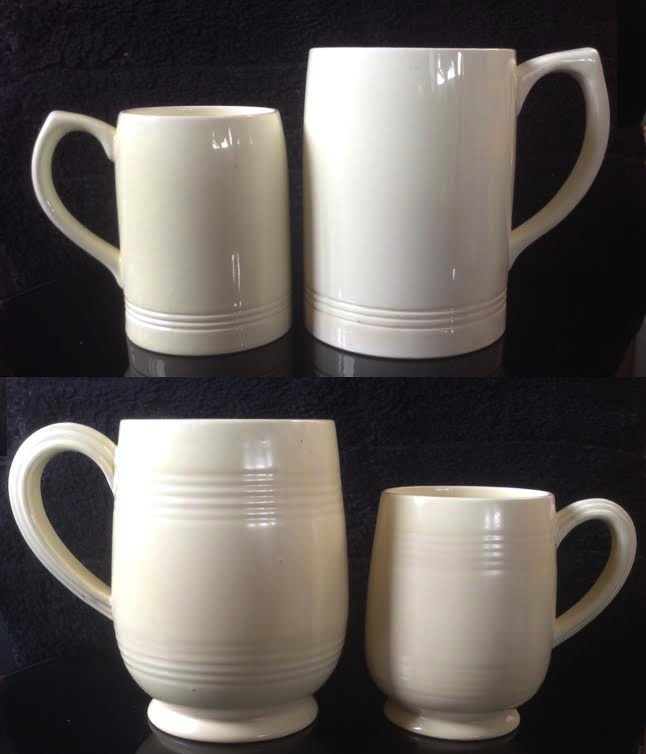 my mugs and tankards 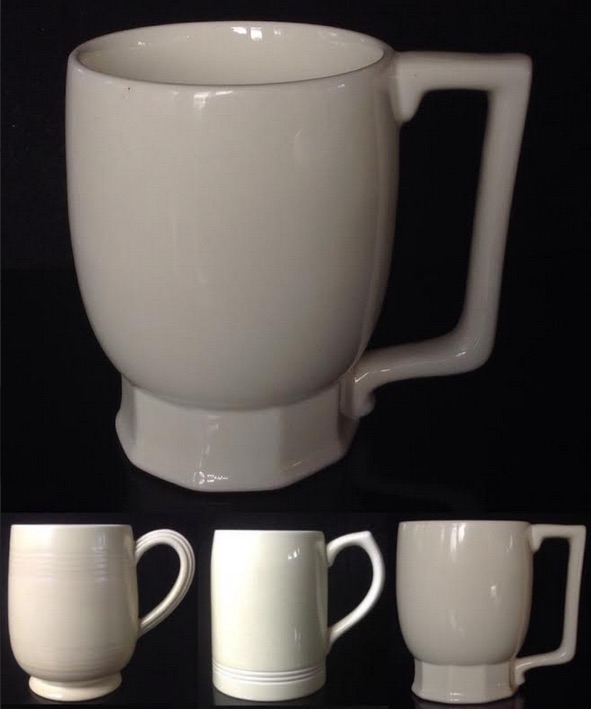 I am aware of four other mugs designed for Wedgwood by Keith Murray, but I don't recall seeing them for sale in NZ yet.

I'm tempted to add the first Wedgwood Bourn-Vita mug (left) to the lineup. The wares Wedgwood made for Cadbury brought the company out of the Great Depression. Murray started part time with Wedgwood in 1932 and the Bourn-Vita mug dates from 1933.

(I have a later ceramic Bourn-Vita mug which was not made by Wedgwood. The milk-coloured Bakelite "Sleepy Time" mug with the blue cap rounds off that mini-collection. There is a third china one but it does not appeal to me enough to spring for shipping from England.)

I have no further information on the second mug from left but still think that it too looks as though it could be Murray's work.