The more I look at this vase the more I think it looks CL like the Santa Jug..?
Spray painted its pink & black & 9cmh which is quite little. 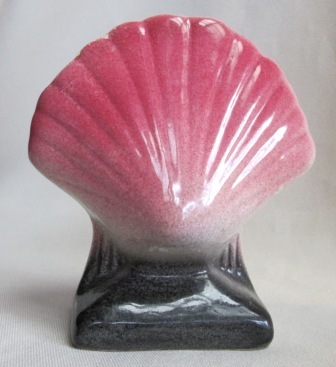 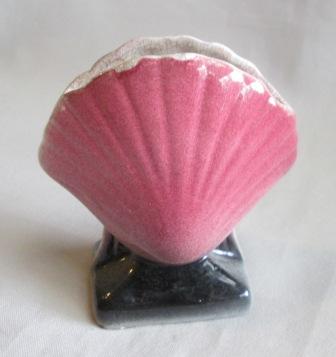 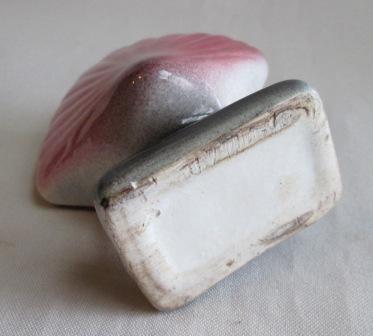 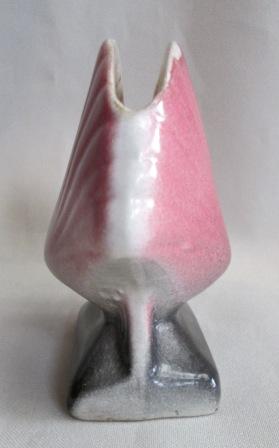 Santa aeee...... and yes he may well be Titian too heheheee

If anyone doesn't agree, please feel free to let us know your reasons why.

This is actually pre-Titian I think - Sherwood days probably.

Hello, You are kind off both right.

There is a picture of the vase in Gail Henrys book on page 151 and she says that it is a Sherwood piece that was continued to be produced during the Titian Studio Henderson era.

I have got two that have coloured gloss glazed paint finish. One has 3 faint numbers on the base that I think reads 145.

This would make sense because the pine cone on the picture next to the vase on page 151 is numbered 143.

My 145 numbered one must be Sherwood, unless Titian used a different number system in the early days, because the pine cone in the Titian gallery has the number V.106.

Kat, is your one bisque or gloss glazed? It looks gloss glazed to me. Can you have another close look at the base? The numbers on my one are very faint embossed or scratched in at the middle of the base.

I just had another look in the book and she talks about a Spartan Koala with the number 166 on page 179.

Also that Spartan made bisque-fired wares which were decorated by women using paints and lacquers.

I don't know much about firing pottery other than what I learned at school and hobby pottery classes.

Does lacquer fired bisque ware look like the Titian gloss glaze fired pieces or is it like the Salisbury bisque ware where the colours come off when washing in water?

Yes its very glossy inside & out & has no numbers visible.

Kat, I will be away until the New Year but you are welcome to compare it with my Santa when I get back. To me the red/pink colour is a perfect match for Santa.

I know this has been identified as Titian with information from more than one source but I see that neither of the two numbers mentioned by haselnuss (145, 166) is occupied in the Crown Lynn gallery.

I am pretty sure that the number 145 and 166 are Spartan numbers at least that is how I understand it in both of Gail Lamberts books.

I was so convinced that I had found the proper numbers. I have learned some more today. I have to hold my head in shame, again.

But the number under the shell vase does look like the number 145. So could it be a Titian number after all.

I looked up more Spartan ware on Google and on an auction site and they don't look glossy glazed more like Salisbury painted their wares.

I made the same mistake when I first got Gail Henry's book and I'm sure that others would have too. We have a Spartan topic which may help answer your questions.

Have never come across a glazed Spartan piece in the past after many years of collecting.

This Spartan gnome from Manos is salt glazed ...

That's a lovely piece all right. Had forgotten about saltglazed.

Here's a Sherwood one. The mark is a touch light unfortunately. 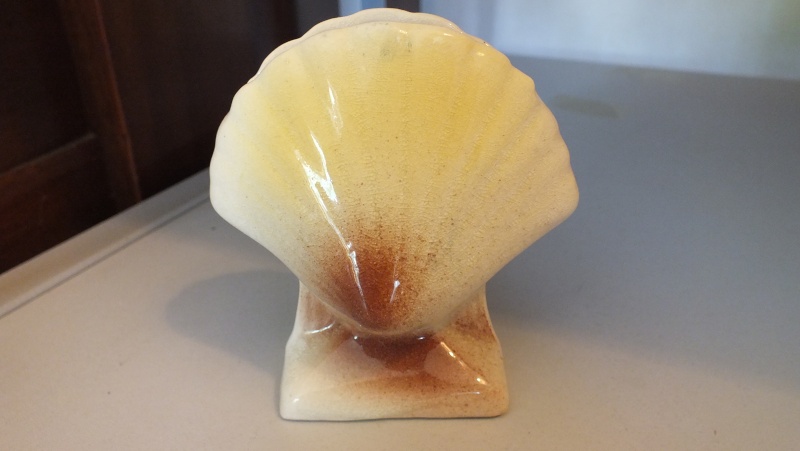 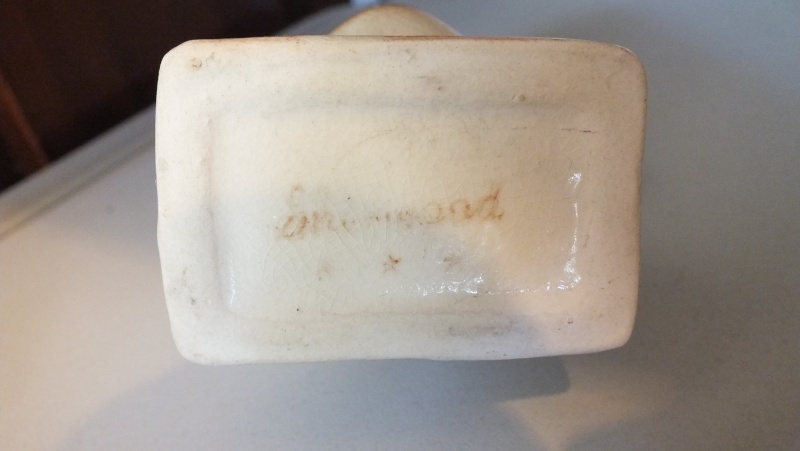 That is great! Sherwood is early Titian and now we know that the glazed ones were made by the Brown family.