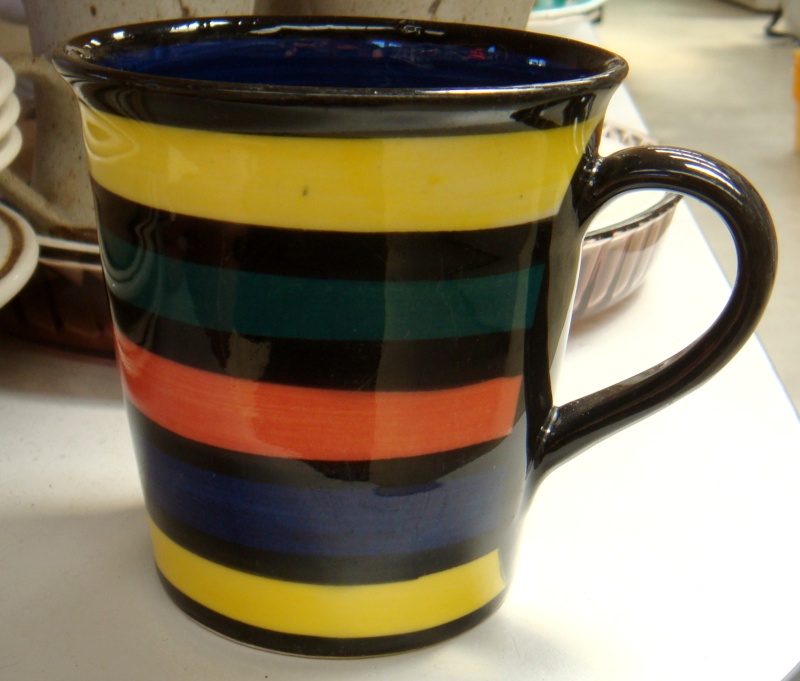 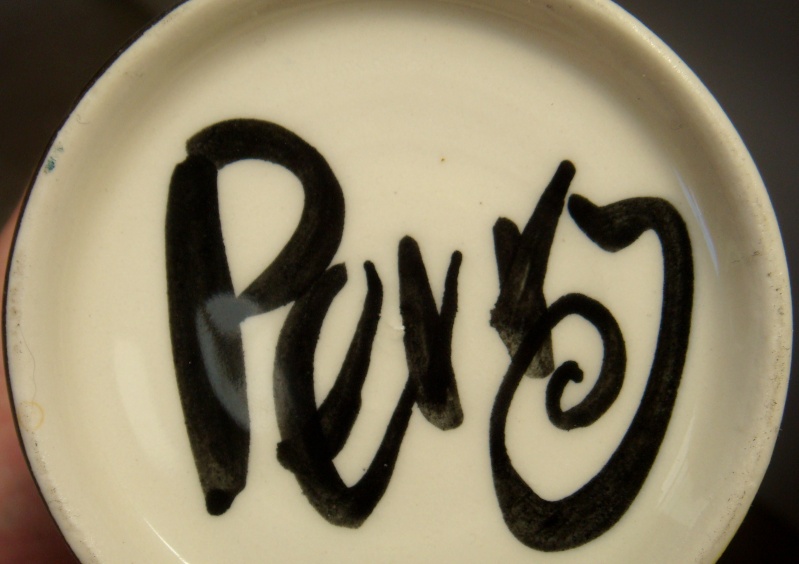 Made by Mike Perry of Mapua. All his work I have seen is very bright, and he is well known for his Kiwiana figures as well. http://www.nelsonartists.co.nz/mikeperry/index.html

I took a shine to Mike Perry's work when I was in Nelson end of last year but he didn't have anything on show at the Cool Store gallery that worked for my collections at the time. I had been watching this one for a few weeks before finally succumbing to temptation and I couldn't be happier. Not just a colourful piece of Mike Perry pottery but a face mug into the bargain. Although it is exactly as Ben had described in the listing I was expecting something a little smaller so bonus on size.

So ... the face mug arrived yesterday and the same day Hospice put this mug out for sale. I know nothing of Mike's earlier work but the mark on this mug looks like Perry to me. (Actually it looks more like Penny but the only Penny to come up on a web search is Penny Madden and I don't think it's her work.) although the "r"s are a bit misshapen the verticality of the P and Y is very like Mike's painted mark on the face mug. I will ask our friend Carolyn if she could check with her friend, Mike, to see if it's his. 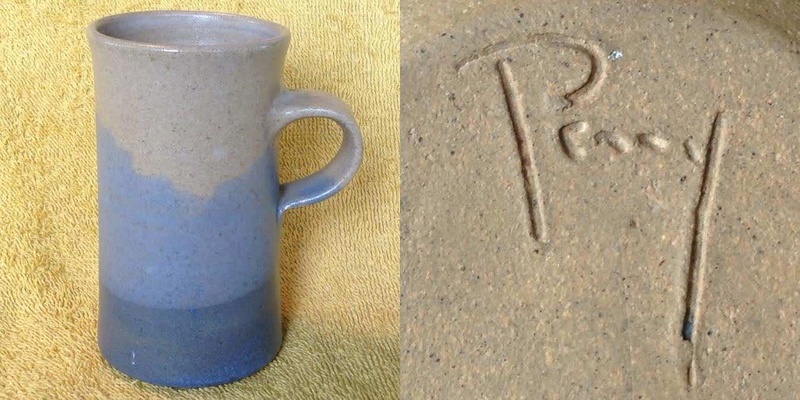 1/12/16 Carolyn offered that Mike's mother, possibly named Pat, is also an artist and this may be hers.

Val also has a Perry piece that I hope to see here soon.

Nice pieces from the Alexandra dump shop. Thanks Jeremy for alerting me to this maker. 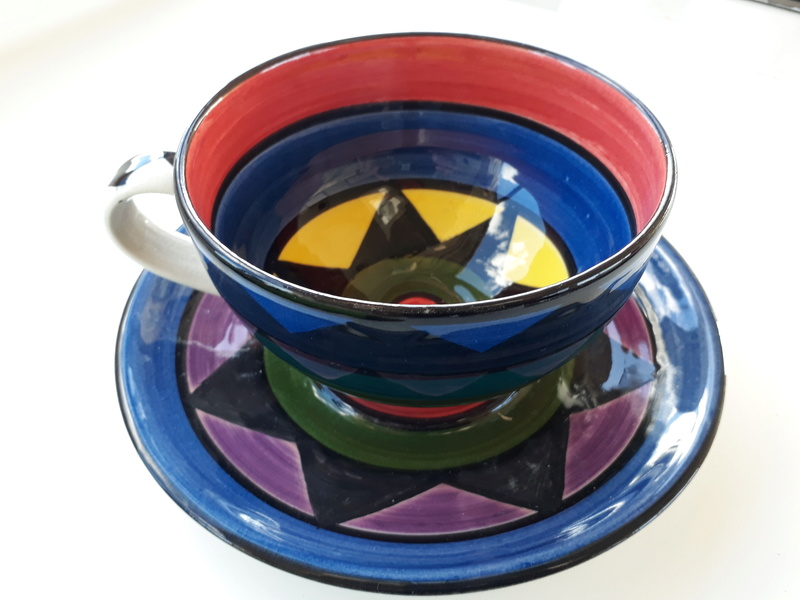 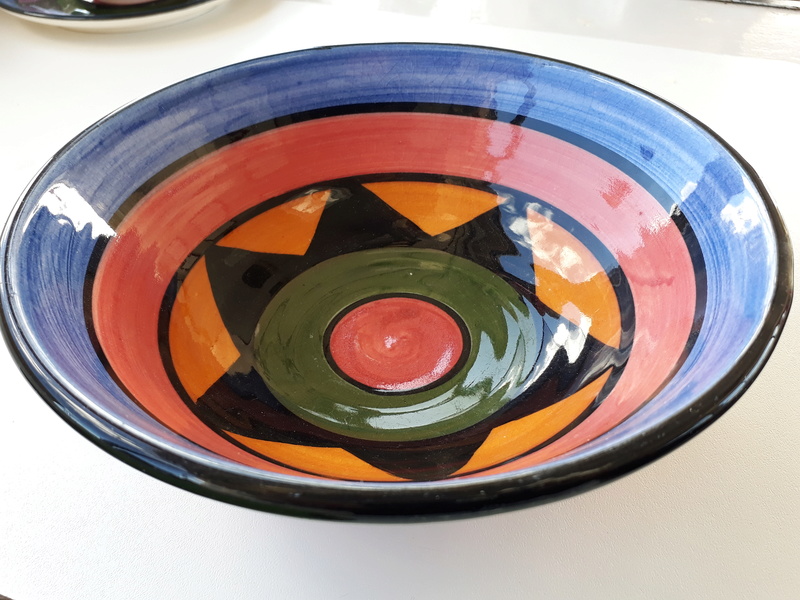 Here is my Mike Perry car which Jeremy has been patiently waiting about 100 years for me to post. It is marked with his distinctive big black Perry signature. 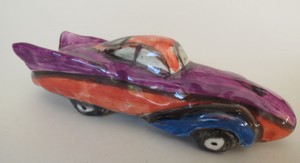 We stopped at that dump shop while on the Otago rail trail. I spent!