Obviously a test plate with the Frisco pattern on the Coupe shape.

Obviously a test plate with the Frisco pattern on the Coupe shape.

While in Auckland yesterday I called into Alison Reid's shop in St Kevin's Arcade and she showed me two of these most unusual plates.  They are in the Coupe shallow shape unlike Frisco which is on the Forma shape.  The glaze is a shade of maroon that I've never seen before and the pattern which is just like Frisco is markedly raised and quite rough.  It is the usual 26cm across for a dinner plate.  Personally I think it is magnificent, which may be because I've never seen it before.  I had to get one of course ...>?<
The base doesn't have a backstamp, but does have a blue cross that cuts through the glaze and is rough to touch.  Check it out !! 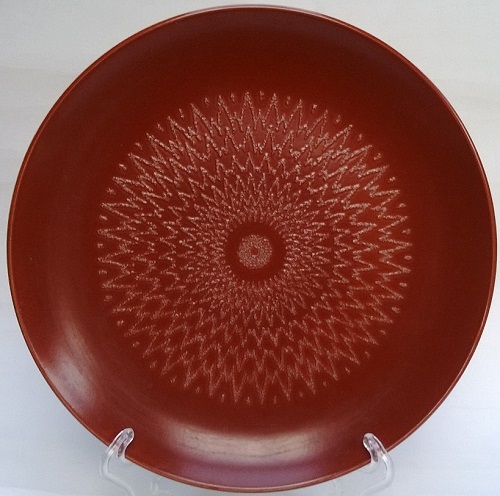 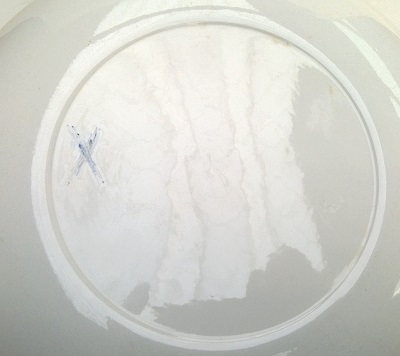