My apple shaped saltpig I have kept on kitchen window sill for years & last night I found its mark in potters book while looking for someone else!. 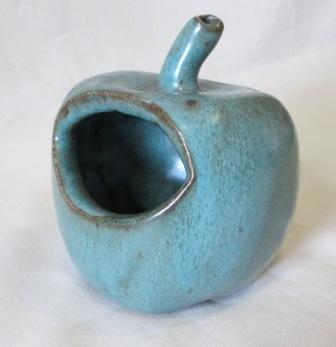 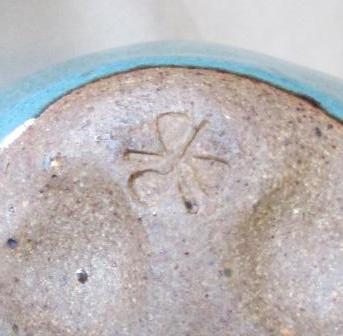 Oh, I'm sure I've seen this mark somewhere recently.. now to think where...

Yes indeed and a very distinctive mark. Thanks Kat

Interesting.. a Brian and Marion Lusk were friends of my grandparents - they holidayed at Matapouri in the 1960s. I wonder if this is the same couple? From memory, Brian was a pathologist based in Auckland. If so, it's an example of how many people wandered into ceramics during that 60s/70s period.

They are the same couple. I've been in contact with one of their sons who supplied the following: 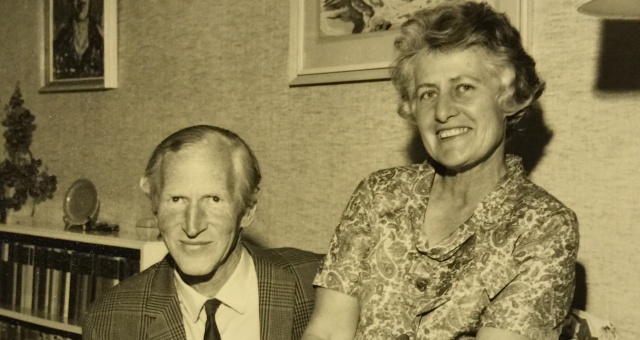 They were producing pottery from 1966 to 1977. They made domestic ware and ceramic sculptures (eg animal figurines).

They bought clay from either New Lynn or CCG Industries, Newmarket. It was mid grey and supplied in 150mm diameter cylinder shaped plugs wrapped in plastic.

Initially they fired in a diesel fueled kiln and then an electical one. They twice fired, bisque firing at about 1000C and glaze firing at 1200-1300C. The work was wheel thrown and occasionally coiled or slab built. 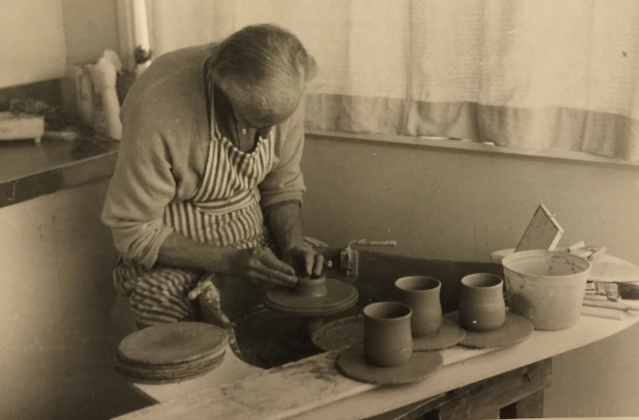 Their mark was ppp symetrically arranged to form a logo resembling a trefoil which they jokingly referred to as three crossed golf clubs. 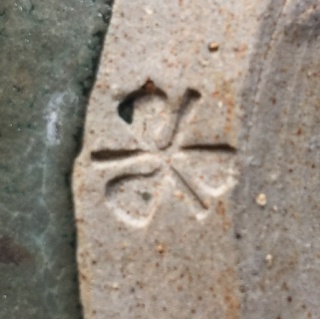 Tony thank you very much for this. A real pleasure to see those faces again. Funny... I saw that family quite often during the summer and visited their Bach but I have no recollection of their being potters.  Can you please pass on my best regards to their son from Val Ringer.

This is great studio pottery history. Thanks Tony.

Brian and Marion (Giggi) Lusk were my Grandparents and its so nice to see this post. Thank you for sharing these photos and history, it was a pleasure to come across. It's really lovely knowing their pottery is being enjoyed and if you ever decide to part ways with any of their pottery, please let me know as I'll happily buy it from you.

Nice! Welcome to the site, you are welcome to have the salt pig above I will PM you.