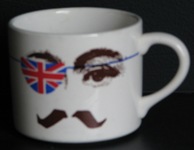 These are so cute..... I don't know who Captain Sharples was - but he looks very British

The mugs are the same shape as the mugs without handles that I found and have the same
NEW ZEALAND imprinted into the base.  These seem much finer and lighter though.

My Captain finally appeared. I decided I knew where to look and found him.
So I've added a few photos.

The third can in the "Happenings" range (similar to but slightly larger than the Cook & Serve cans)
after "Purple Myrtle" 530 and "Arthur and Martha" 531 is "Captain Sharples" 532.
I do not know of any others but look forward to seeing them if they exist.

I say "him" but from the eyes it looks to me as though Captain Sharples may be a woman with a stick-on moustache.
The moustache, btw, is suspiciously like a Rorstrand design, the name of which I do not remember.

This one came without a saucer so I've placed it on one of the Colour Glaze saucers that came with my Purple Myrtle set. 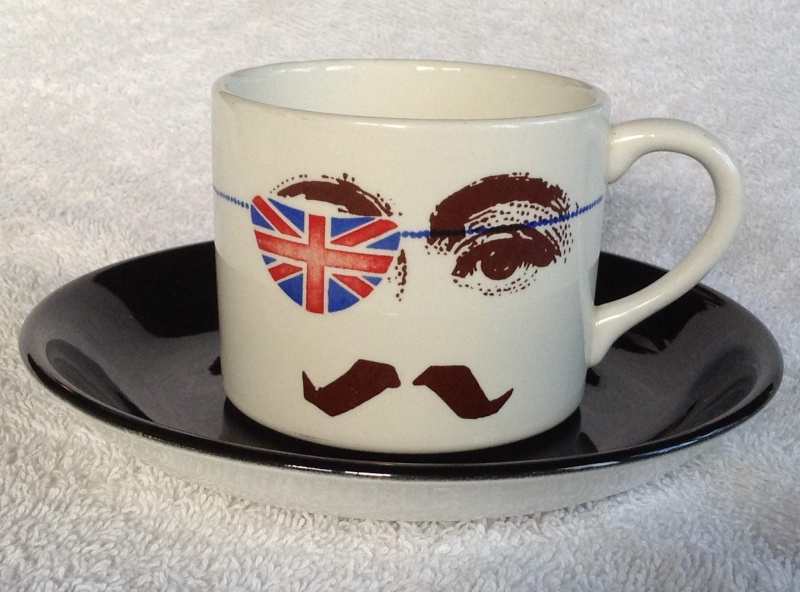