I was surprised that I couldn't find any of their pottery on here and was dubious about getting this mug thinking we had something already. 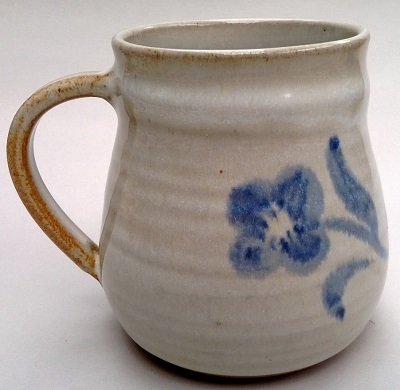 The backstamp is interesting as it has a stamp and a mark ... 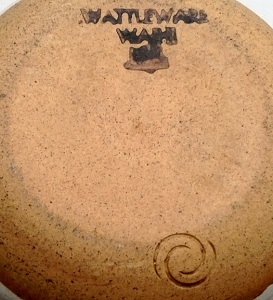 How fantastic that andersonanne from Wattleware contacted me to share this information about Wattleware aka Wattle Potteries Waihi.  Info courtesy of andersonanne .. Ps We would love a photo of your mark Anne to add to the Marks Gallery.

"I see that you mentioned Wattle Pottery in the Pottery Forum so I thought I'd update the information. As I'm not sure where to send it I thought you would be the best chance.
I am Anne Anderson, the wife of Peter Anderson -the Potter. We started Wattle Potteries in Waihi in 1979. Prior to that Peter traded as Rosemary Ware, both in Palmerston North and later in Waihi. Peter has always marked his pots with his personal mark - ie the arabesque which you show opposite Wattle Ware on the pot.
I usually mark the coloured decoration (which I do) with what looks like a W with a horizontal line through the middle which represents my initials AWA."

Found a delightful small plate made by Wattleware ... 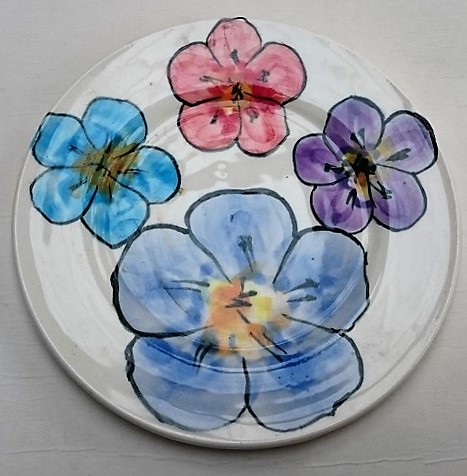 That was an interesting read, thanks. I’ve also got some Wattleware that I purchased almost 30 years ago from their studio/shop. I still love it!!!
I’ll try and attach or post a couple of pics.