Four out of five 728 shapes

[formerly three out of four]

My baby has arrived, and what a big baby it turns out to be.

Kiddie patterned demitasses have been selling quite cheaply on TM this week. I had worried that this might be different but my $5 was the only bid. While it may look similar to the demis in a tm photo I knew what I was getting. 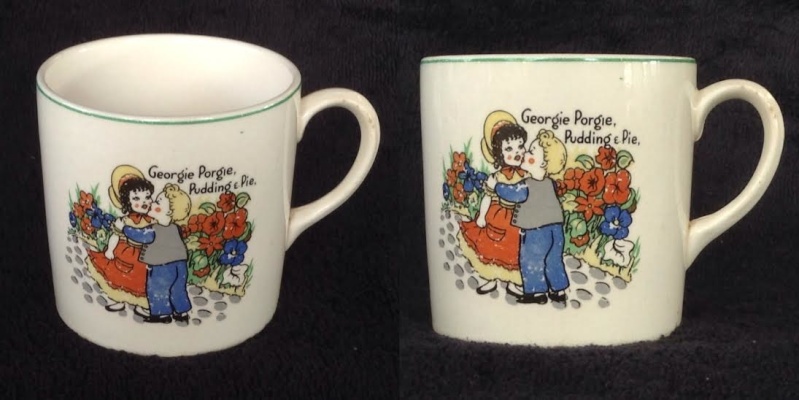 I mentioned to Ev some time ago that there was a kiddie mug in one of Gail Henry's books that we did not have here. This is it, complete with the same transfer as in Gail's pic. 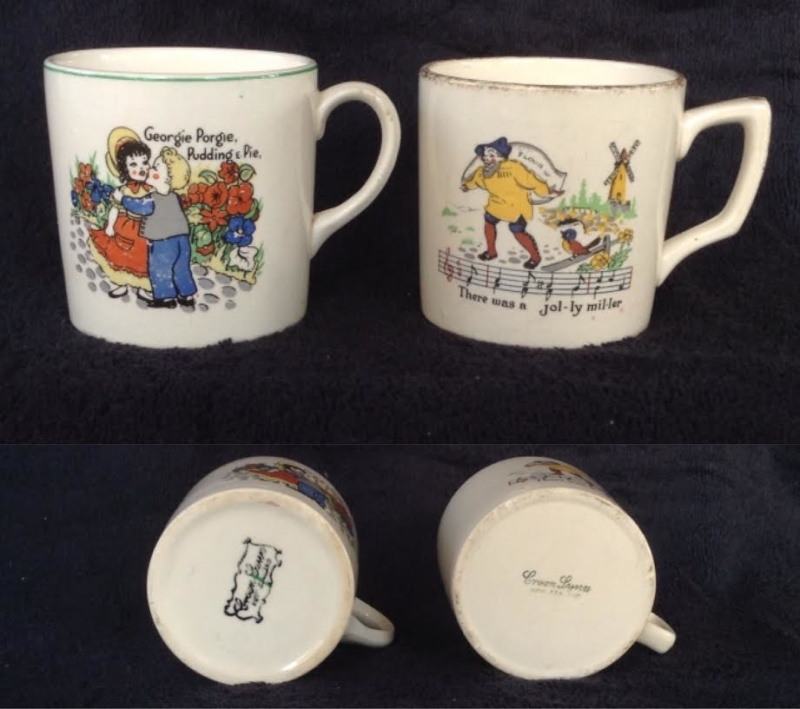 We already have two 728 beakers in the gallery, distinct shapes but both correctly documented. As this mug or beaker is effectively the same size and shape as one of those, differing only in handle shape, I suspect that it is the same number too. Earlier, by the look of the backstamps. 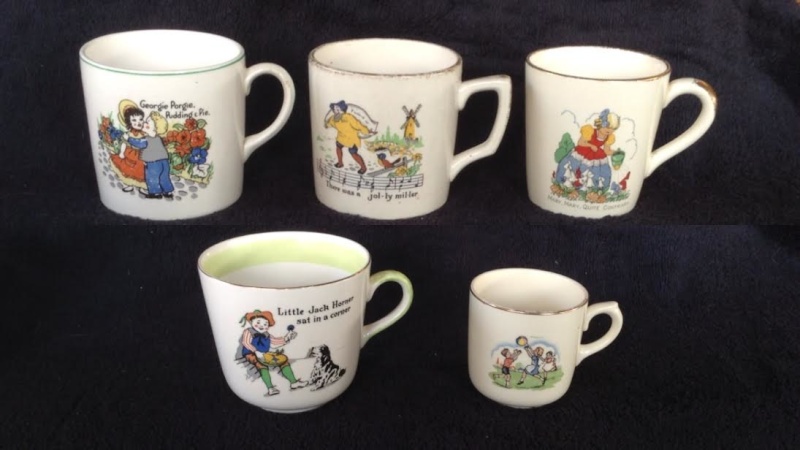 Until Jim showed me his new 728 beaker I had not realised that we already had two different versions with the pointy handle.

I now see a progression in the shape from the straight-sided can with Ambrico handle (the Georgie Porgie, presumably an Ambrico shape) to the same with pointy handle to the curved footed cup with pointy handle all occurring within the 1948-1955 period. This is corroborated by the backstamps. The fourth, completely revamped shape took over in 1962, according to records.

Portage museum has one other for the total of FIVE.
Their body measurements (H 77 W 106 d 77mm) match my #2 mug. The handle is a railway cup block handle. Portage estimates mfg date of 1950 to 1960 but I incline to this being the first of five shapes so let's call it #0. They do not show the backstamp. Accepting the Crown Lynn lore about having difficulty sticking on handles I see the block handle as being first, then the round handle, which shape matches those on Ambrico cups, followed by the angular handle, as we have cups with that handle and 1955+ backstamp. (Similar foreign kiddie cups and royalty cups also have angular handles, which might lead one to think that the angular handle was the first: I think CL may have simply decided that the block handle was too chunky and the round handle was too light for kids' use.) 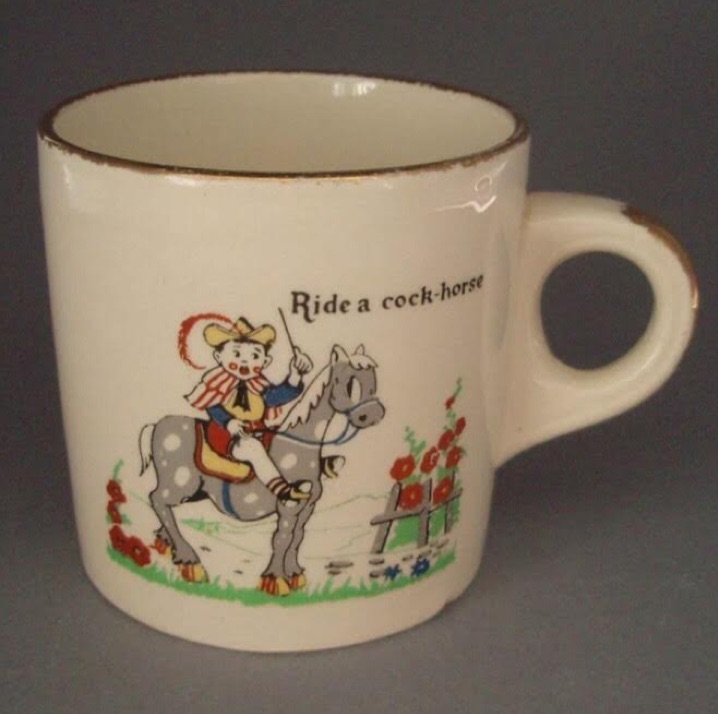 ---------
32/5/16
Sandra from Portage has provided me with a photograph of the base showing that it has no backstamp. The 1950-1960 date was based on general comments by Val Monk in "Crown Lynn a NZ Icon", page 90. If this proves to be the correct period then I'm expecting the lower end of that range, but I suspect it is earlier. I need to talk to Val about the 1950 date being commencement of kiddy wares.