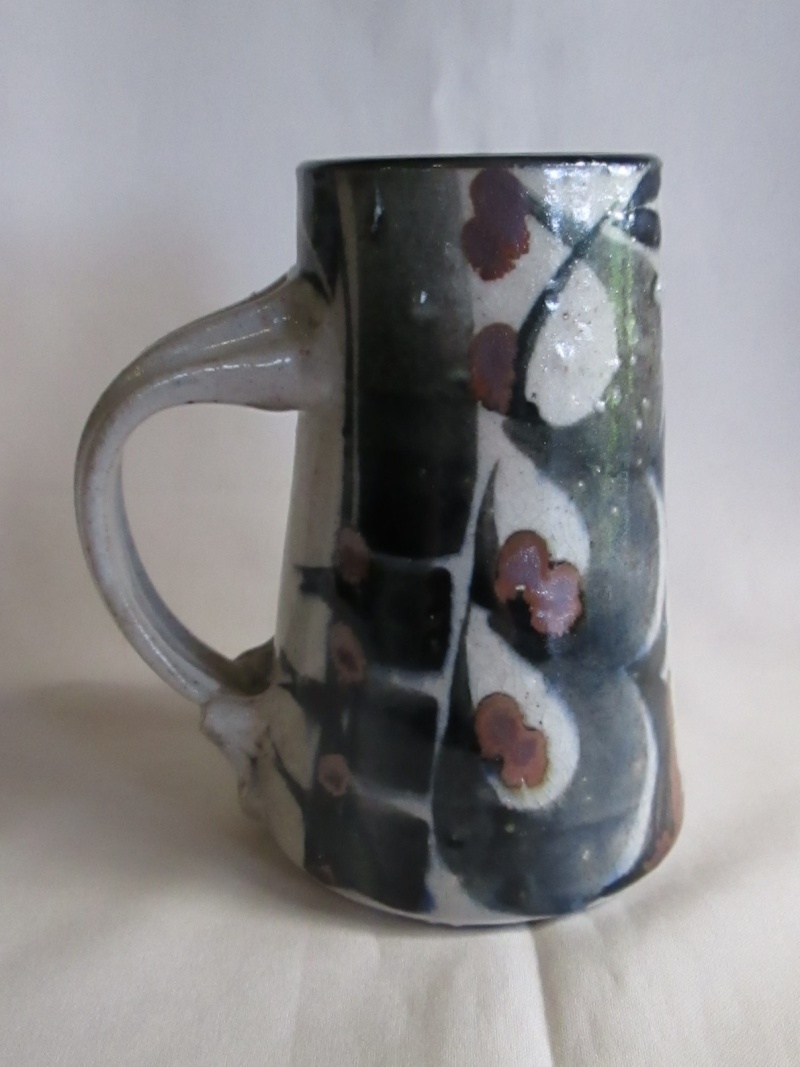 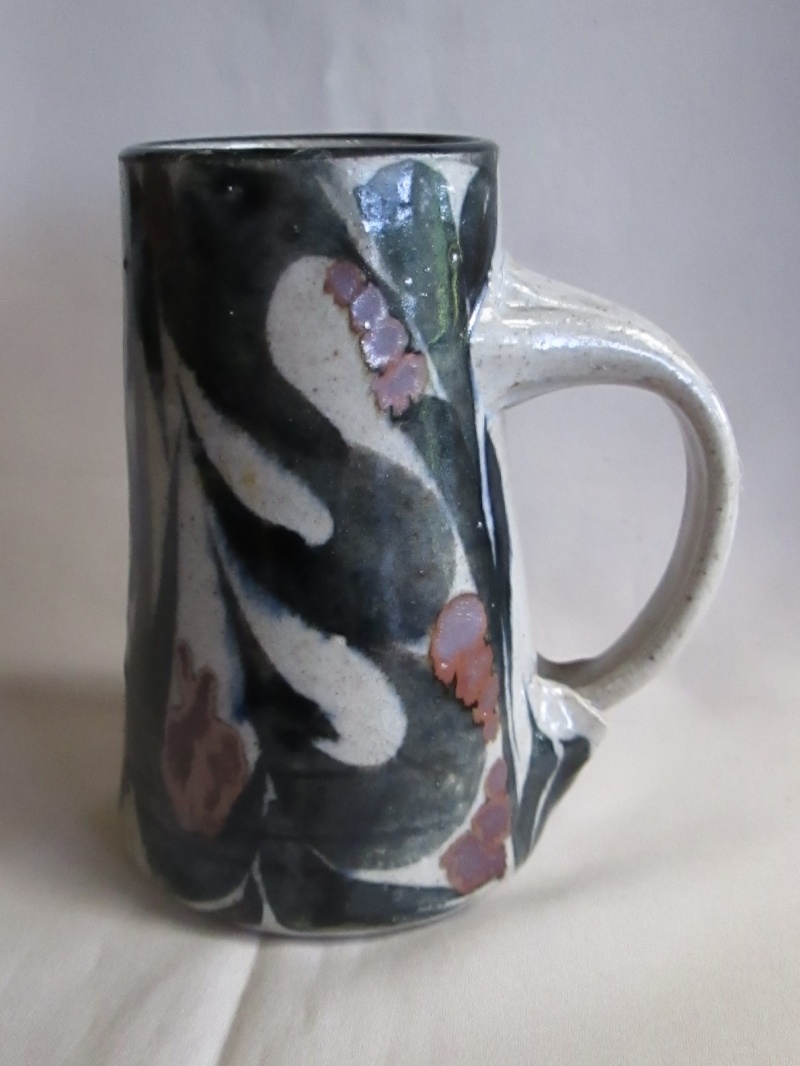 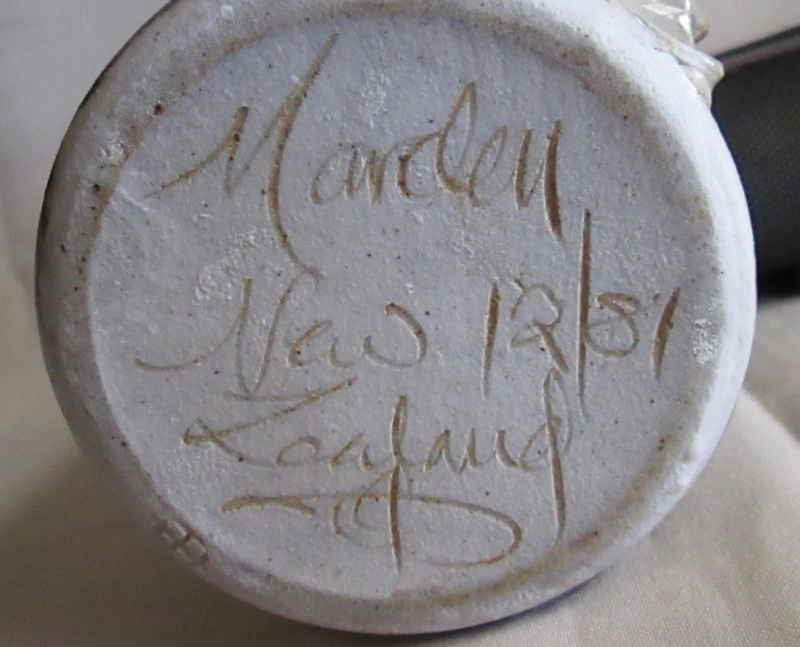 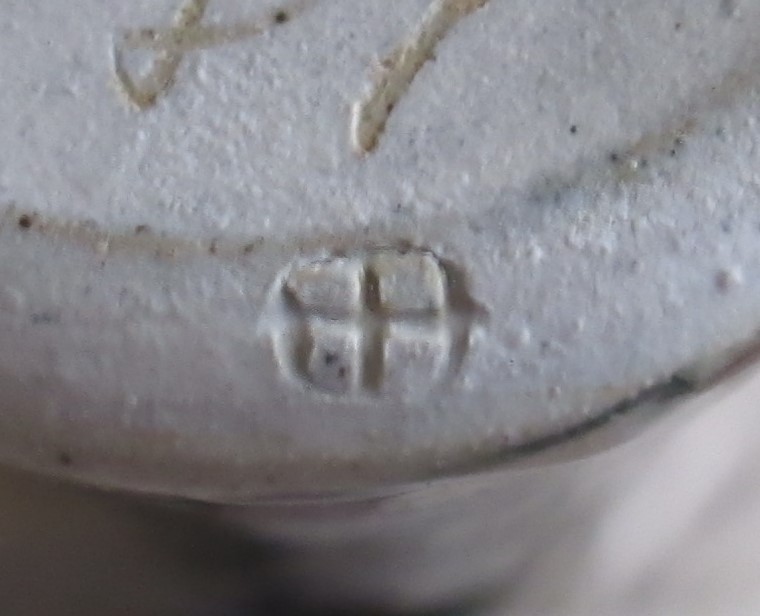 This is David Marden's work and we don't have his mark in the Gallery, just his handwritten Marden.

I own a mug which was crafted from clay by David Marden who lived at his parents home at Alfredton. He was also an accomplished painter.
Your items are definitely of his making obvious by the mark which was his.
I was a friend of his apprentice potter, Alex Kennedy. Through Alex I met David. He had his kiln set up at the farm and created many pieces there.
I own a mug crafted by him, with the same marking as is displayed on this site. His works are very recognisable.