Auckland Studio Potters held their second Ponsonby Road "mugging" on September 9th last. The mugging, as I understand it, entails accosting someone drinking a coffee from cardboard and replacing the container with a brand new, purpose made, hand potted mug.

I don't live in Auckland, and (even if I did) I am very unlikely to be found drinking coffee from cardboard, so I have missed out on this event both years.

As I know Mark I have managed to obtain leftovers of his own mugging product, as seen below.

Mark can be seen making a 1915 mug on the poster in the weebly link at bottom.

Last week at the Sallies shop I found a mug by a potter I had not previously encountered, Jo Raill (appearing in a forum post as Jo-Anne Raill), complete with its original mugging accessories, an identifying name tag and a ceramic Ponsonby token. (I have not checked contributors from 2014 for this topic but do not remember Jo-Anne's name from previous reading.) 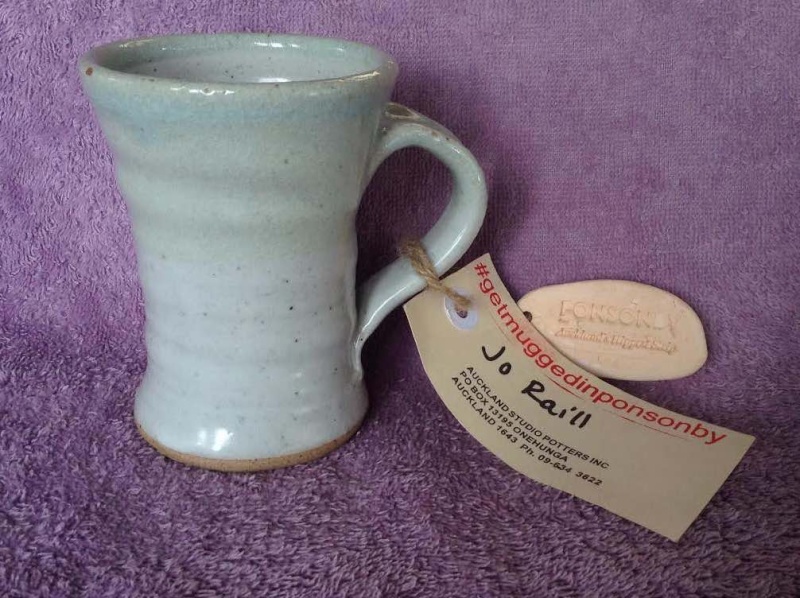