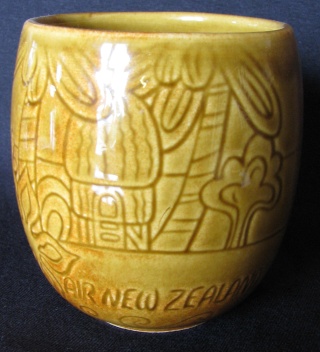 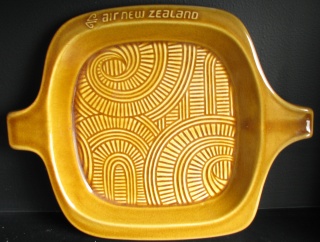 Air New Zealand had pottery made by different companies including Royal Doulton: 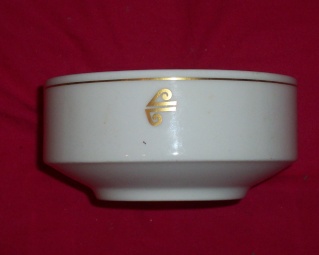 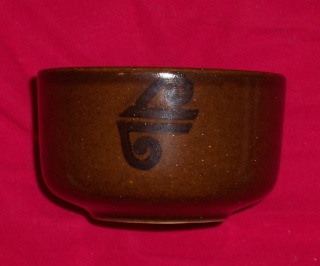 and the stylised whale pattern: 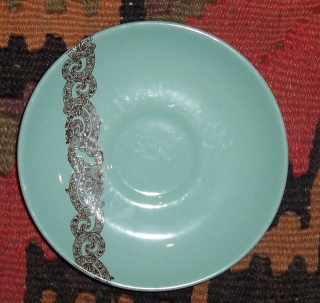 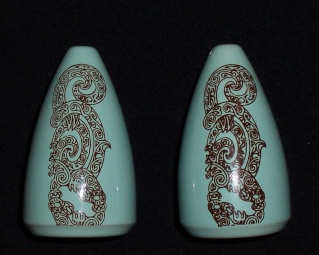 Small dishes with this last pattern were presented as souvenirs in boxes that included an explanation of the derivation of the design: "The motif on the enclosed complimentary ceramic dish depicts the stylised Maori representation of the head of a whale or tohora. This old design, symbolising abundance, traditionally dominated the elaborately carved facia boards of food storehouses (pataka) in the fortified villages of the New Zealand Maori, whose artistry is among the most advanced of the Polynesian people."

Googling combinations of tohora, pakake, pataka and maihi brings up a range of sources for info on the design.

Should we not have a gallery for our monogramed pieces??

Thanks for the information Tony.,

Will add a photo when it arrives.

Here is the pic at last!!
Green is a very difficult colour to photograph I find. 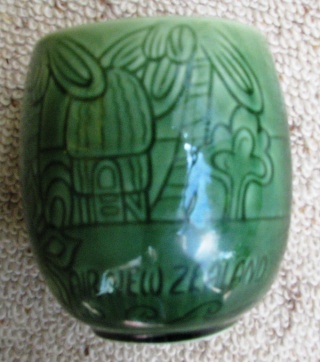 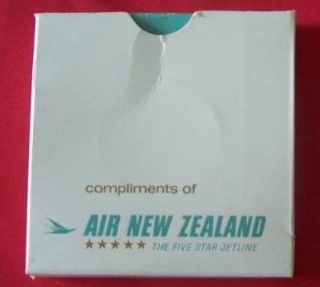 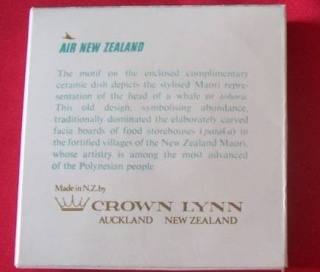 So the complimentary ceramic dish would have been a butter dish ... right Tony? 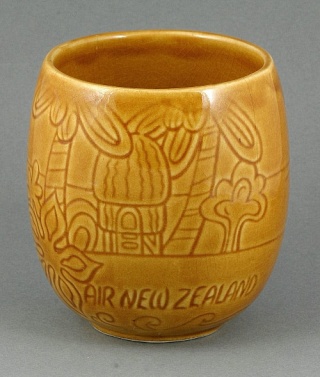 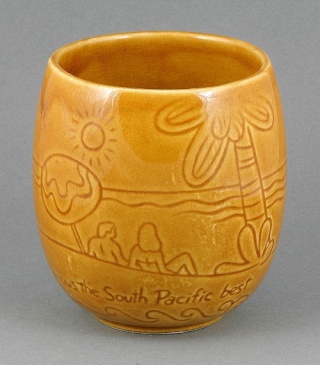 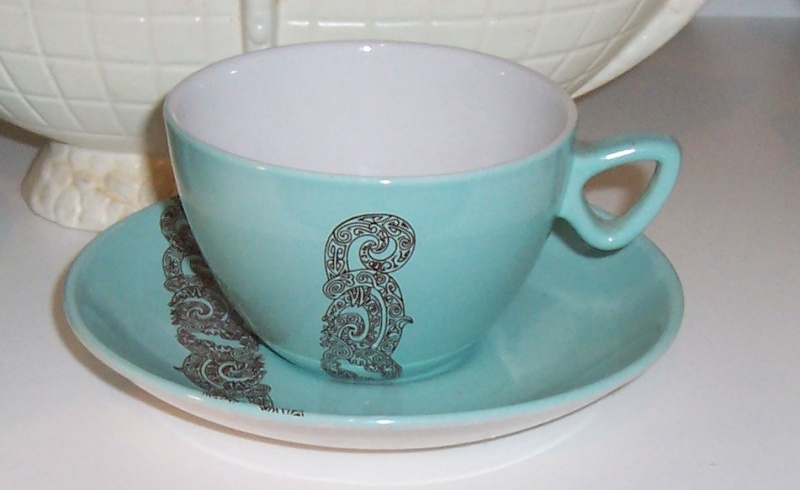 I found another pair of these - this time one has three holes in the top rather than the single hole I've seen before: 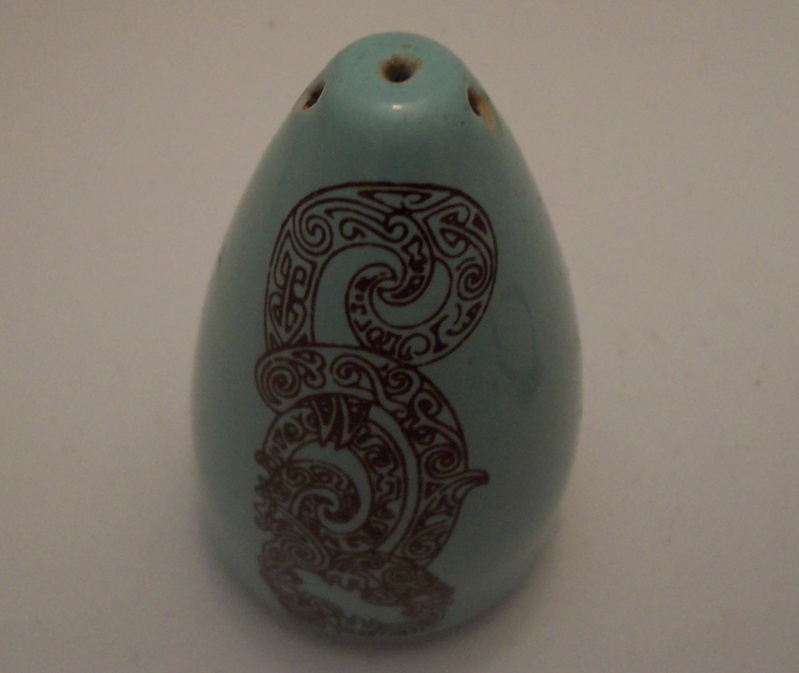 My Salt & Pepper shakers have a 3 holed one and a single holed one too.

Ev does your green goblet have a ground chip out of the footrim?
Both of the ones I have do..just wondering if its deliberate (like the big orzel jugs have a drain for dishwasher) or just coincidence..

Hi Kat, no the base on mine is a complete ring. Can you post a pic for the record thanks.

does anyone know how many Crown Lynn made for Air NZ did only the Honey glaze ones make it in the Air? 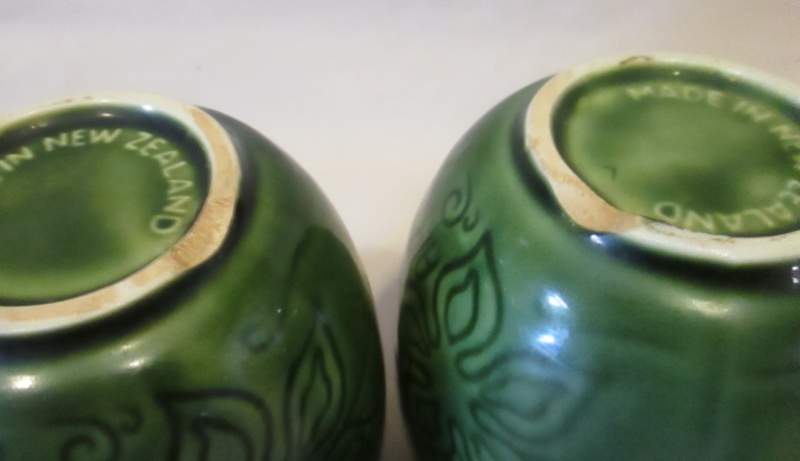 Why are these salt & pepper so special?

Why were they so special, or was it because it's been a while since any were listed?

I seem to recall that the last set of these went for an astonishing amount, but will have to find where I recorded it.

Kat & Co. wrote:They might have stuck to the kiln shelf..

does anyone know how many Crown Lynn made for Air NZ did only the Honey glaze ones make it in the Air?

Production records from 1972 to 1981 show that 594 beakers were made (shape 1134)
I'm researching a brown Air New Zealand pattern that has Maori graphics and noticed your post ....