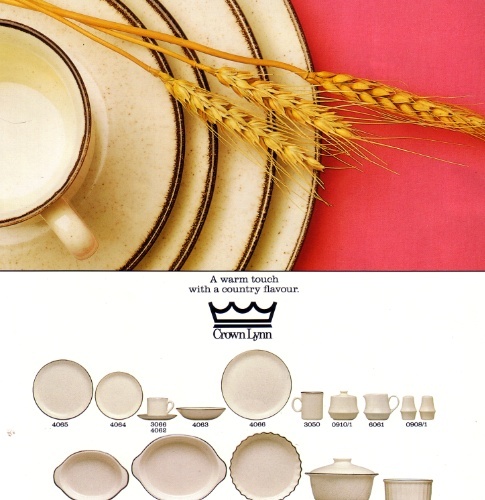 Yay! I found a piece of Homestyle

I like the warm speckles in the clay and the brown edge band. 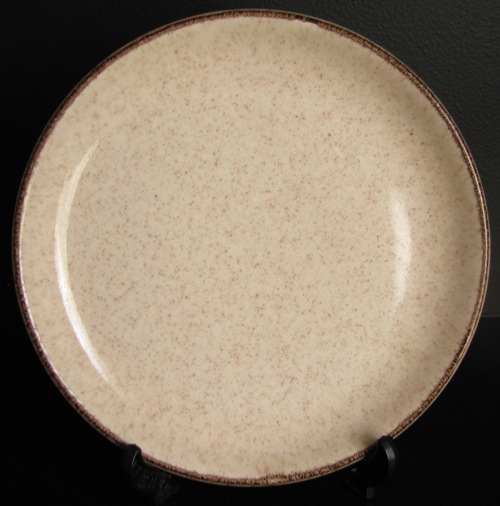 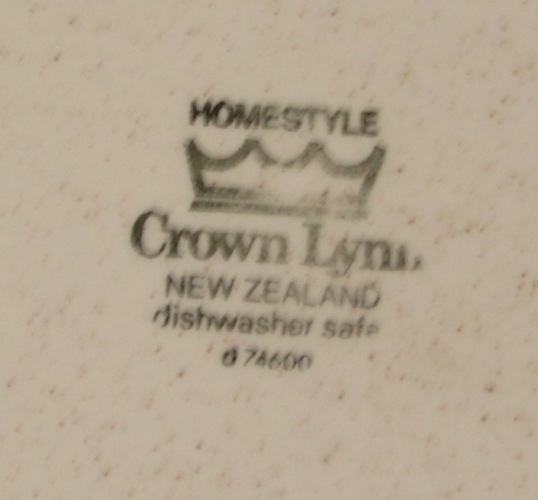 [quote="Ev"]Yay! I found a piece of Homestyle

I like the warm speckles in the clay and the brown edge band.

and at a garage sale i got

a full 24 piece dinner set of this pattern for $5

my kitchen resembles a crown lynn fanatics. its all NZ made

Absolutely brilliant!
And it will last more than your lifetime too I will guarantee that personally

As it won't chip and will bounce off the floor lolz

Homestyle dinnerware was the reason I got into collecting CL in the first place. When we built our house I decided that a new set was in order. The supermarket had some Homestyle sets and I bought 3 to make a 12 piece setting, enough for our family of 6 plus some spares. That was 1988. When I enquired about getting another one a year later, after having a few mishaps, (dessert bowls seem to commit suicide around here!) I was told that CL had stopped production. I was so mad about that

, vowed never to eat off anything but NZ pottery ever since. I managed to get a part set at the supermarket when they found one with a few broken bits, and have since found a few more sets, plus a flan dish and some coffee mugs, been using it all ever since. If I see side plates or dessert bowls I get them "just in case now"

Had to humanely destroy one of my homestyle dinner plates tonight, the crack in it was terminal.

I picked up the casserole dish in homestyle (second from right on bottom row in this pic) do we know what that number is and do we have an example photo on the site (erm I mean aside from the catalogue one here)? It has diagonal grooves around the sides. Unfortunately minus its lid, but I know I have a mate-less lid around here somewhere in plain white...
...somewhere...

Yes we do have a photo of this casserole ...
http://newzealandpottery.forumotion.net/t708-jasmine-ware-by-crown-lynn?highlight=jasmine

No we don't have a number for it ..... yet,
but I feel that we are getting close

Cat the Catalogue says that this casserole is 2 litres, could you please see if it goes to the brim when you fill it with 2 litres pretty please.

Filled with 2L of water, measured and it filled up to  2cm short of the indent where the lid would sit.

2.5 litres takes it right up to the level the lid would sit at

Thanks for that and I'm not sure if it helps or not at this stage ....?
There is a 2.25 litre casserole in the descriptions .... hmmmm

Hi! I have a homestyle set. I recently bought a “crown Lynn sugar bowl” (which was how was advertised online with the cups and saucers that look like mine from homestyle). Since I’ve received it I’m not sure if it is homestyle (or crown Lynn?) - the colour is whiter and speckle slightly less than my set. (Per picture - the cup is from my set, and sugar bowl shows slightly different colour). I notice this shape sugar bowl also isn’t in the homestyle photo above. Any thoughts? 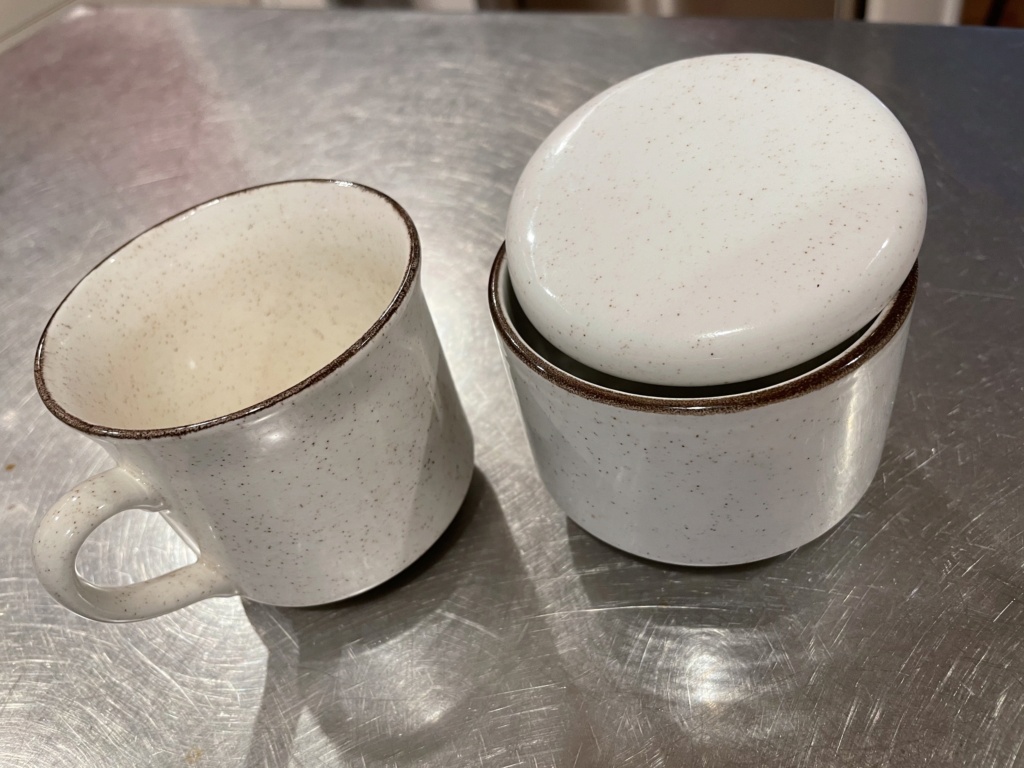 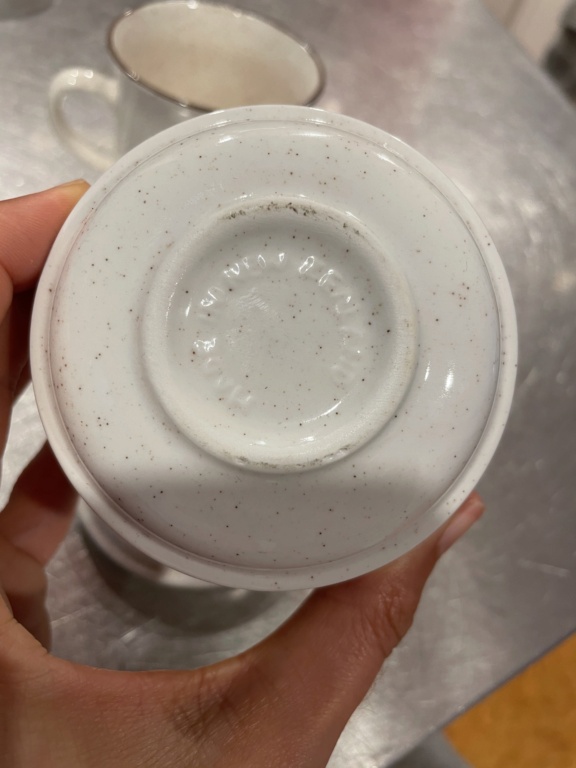 Your lidded sugar is from a vitrified range of Homestyle.
It is much stronger than the earthenware range that we have a photo of.

There was a whole range made in the vitrified Homestyle, so it must have been commissioned or made especially for some business.

This will happen to other Homestyle collectors and I remember how confusing it was when I found my first piece and it had Vitrified on the base. I will add a link to photos.
The shapes are different to the earthenware shapes.