I noticed this pattern in the Database and thought that I would check out some of my old patterns as I have some with the Starline backstamp.
Not sure now if any are this pattern as I found two different designs with Starline on them, although they are similar and one with the Crown Lynn backstamp.
The bottom Starline with 5 stars is a smaller shape than the other two.
Any ideas anyone? 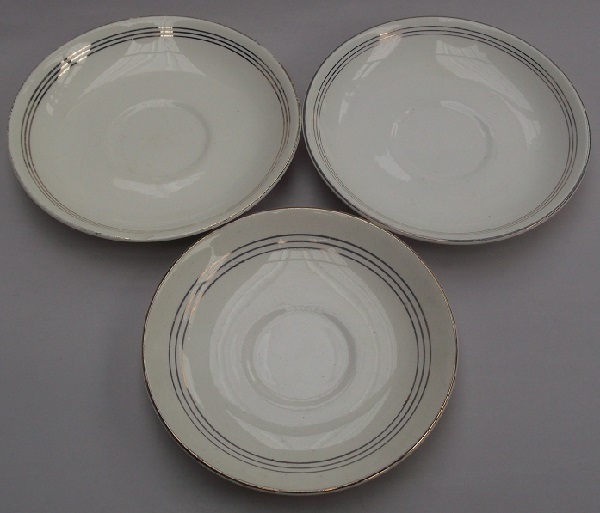 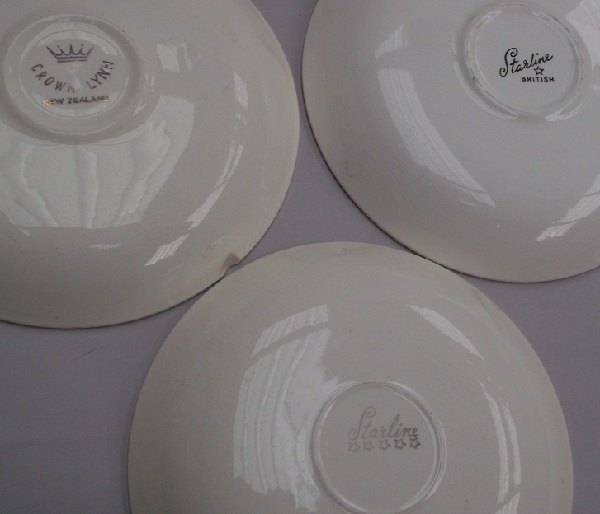 And then there's this Paris pattern: 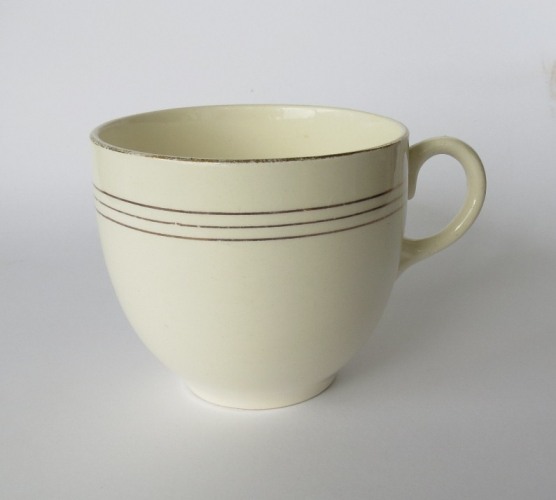 Which looks very similar to the Kelston Ware British cup on the right ..

Unfortunately only one of the photos loads.

Golly, I thought Starline was the range (like Ascot), and that Starline 86 would be a single pattern. I think the only Starline I have is the same as your lower saucer Ev.

I've reloaded the Paris stamp Jeremy. Will try and find the other photo with the cup shapes when I get a chance. How odd that the Paris cup doesn't have the 'steps' like the old Ambrico ones that I have ......?

Many of the really old patterns have the pattern name as the backstamp. e.g. Pussy Willow and there are heaps of others. I'm beginning to think that I may very well be barking up the wrong tree with regards to my initial thoughts !!

Do you think that Starline the pattern is in fact the 3 gold lines along with the edge line, even if on different items or sizes?

The Starline and Paris patterns appear to be the same in the pictures above.

I have often seen Starline (without noting whether "British" or not) as the three rings plus gold rim, but not as anything else.

From memory (which could be wrong in this case) Starline has been on 750 cups.

Could it be that, following mumof1's suggestion that Starline might be a brand rather than a pattern, either Starline or Paris was marked for a specific retailer?

At the time these wares (the ones shown above) were produced (1955 to about '62) I think cups and saucers had the same mark, so for example a cup marked Paris on a saucer with a Crown and Star stamp would not be a matched pair.

(Unmatched STAMPS on cup and saucer is very unusual at any time: offhand I can think of the Happenings cups Captain Sharples etc on Colour Glaze, or was it Kelston, saucers.)

Re Paris on the flat: I have the clear glaze three ridge cup in white (I have thought it might be vitrified) but also in straw body with painted (coloured not gold) rings on the ridges. I have never seen the shape with the ridges with any sort of Crown Lynn stamp,
So it may not have been produced after 1948.

And one last point, as the Starline pattern number is just two digits we may be confident that it is one of the very early patterns, possibly dating from as early as 1948.
.

We have the name of this pattern ..... somewhere, but it won't come to me.
If it does I will add this to it. 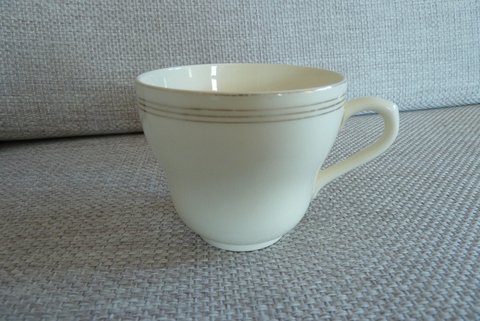 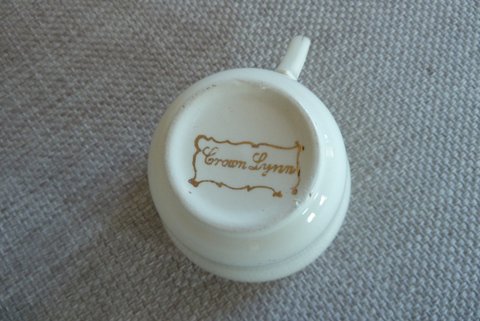 this is Starline British. it has a wide saucer 150mm 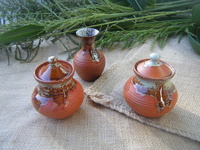 Thanks so much gloworm