I was caught out by this mark yesterday, thinking it belonged to Mirek Smisek and you can see why as it is so similar.
How wonderful to see Manos listing a piece with this Margaret Sumich mark and I can add it to the site. Thank you Manos 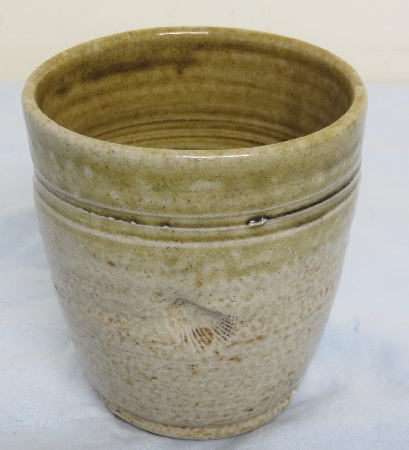 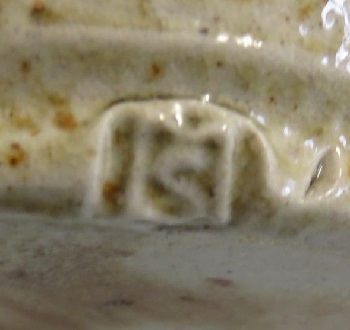 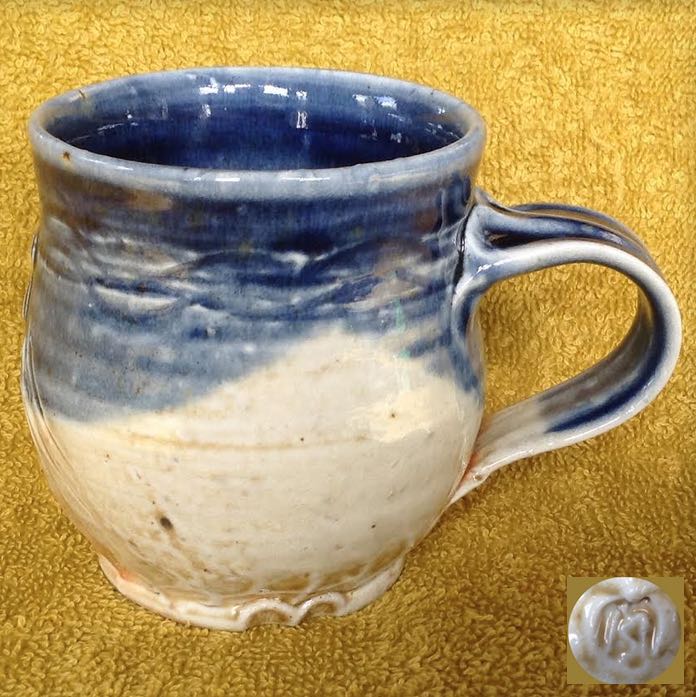 As I have just paid retail for one of Margaret's mugs (above), and as inexpensive as her work at Clay Works was, I chose instead one from the cheap basket, and I do mean opshop cheap. Some were kiln-damaged but this one ... well I guess this was just not the intended look! 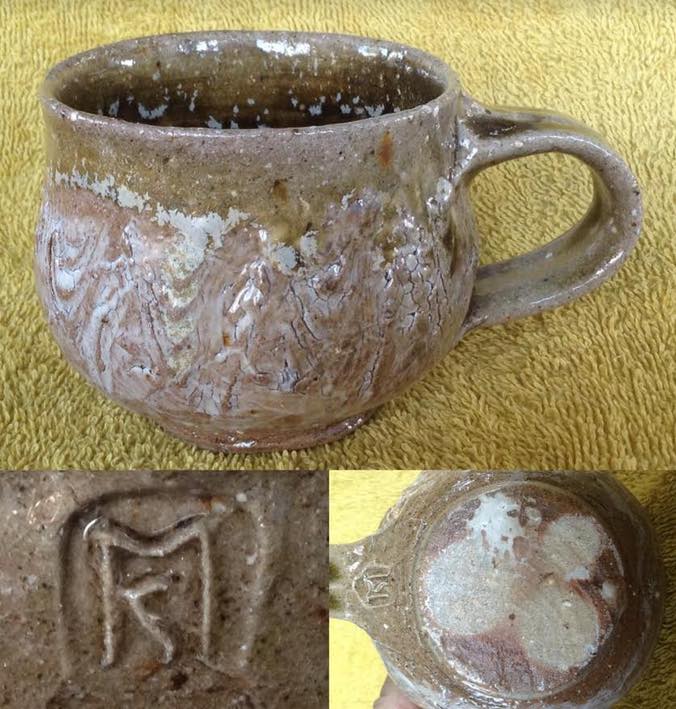