Latest topics
» Can anyone help identify maker of bowl?

Yesterday at 21:40 by Modesty Glaise

This is just a question about a lovely set of studio pottery miniature houses and commercial buildings that we have in a shoe box.

Does anyone remember seeing anything like them before, or perhaps a reference in one of the New Zealand Potter Magazine numbers?

They look like they are perhaps from the late 1960s-1970s and are unglazed bisque earthenware, some with a manganese wash and others with a copper red(?) wash.

There is even a marae and a railway station. Thanks heaps. 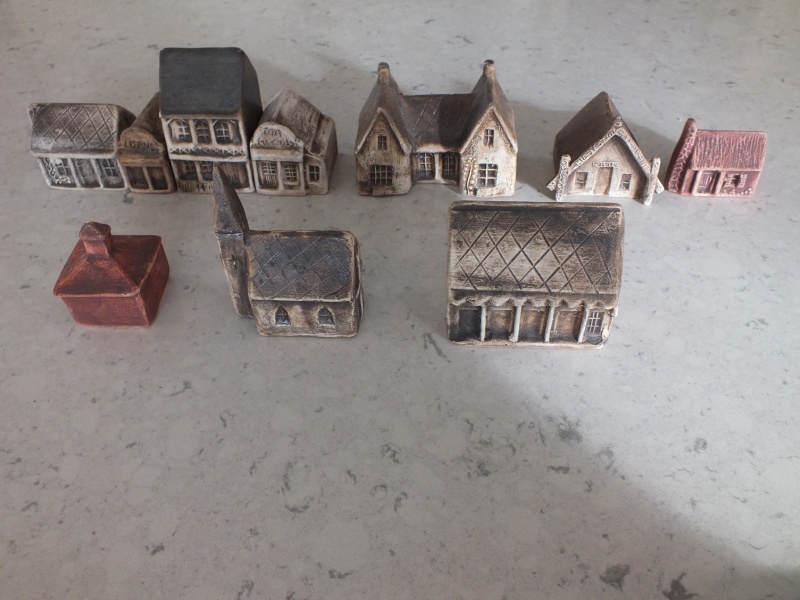 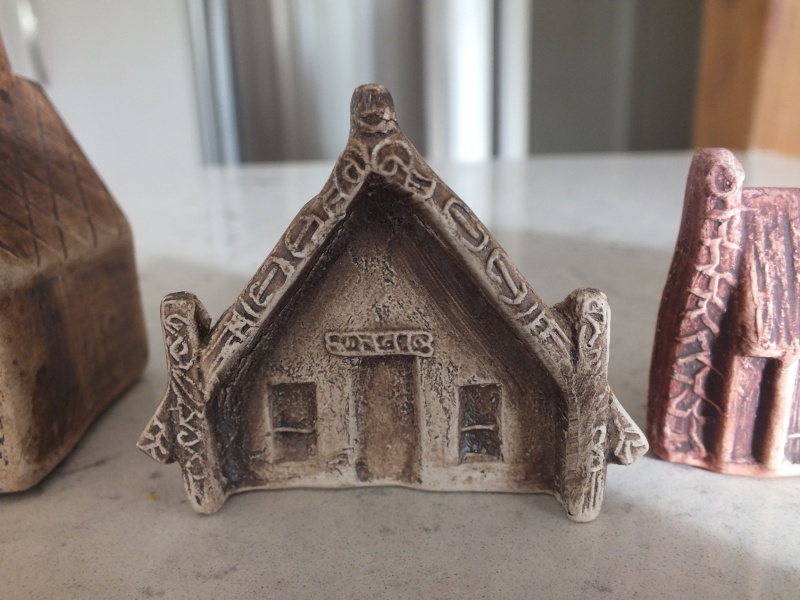 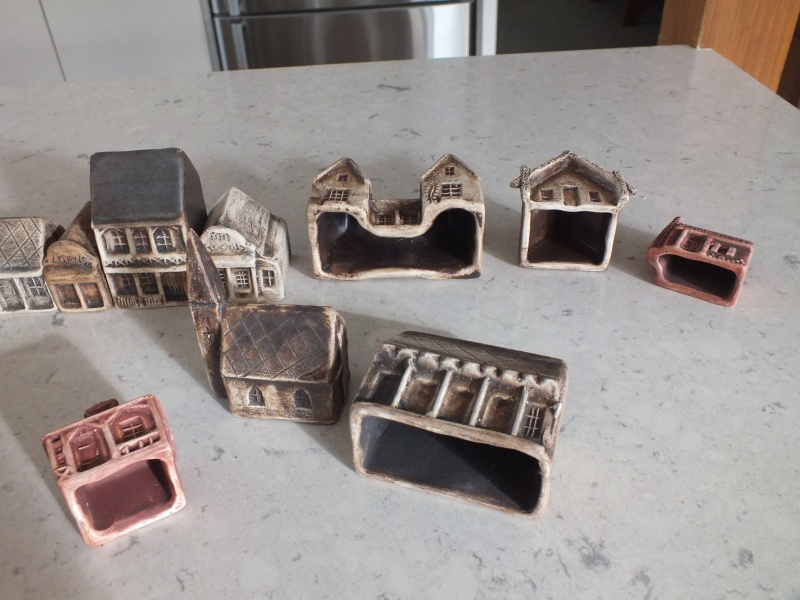 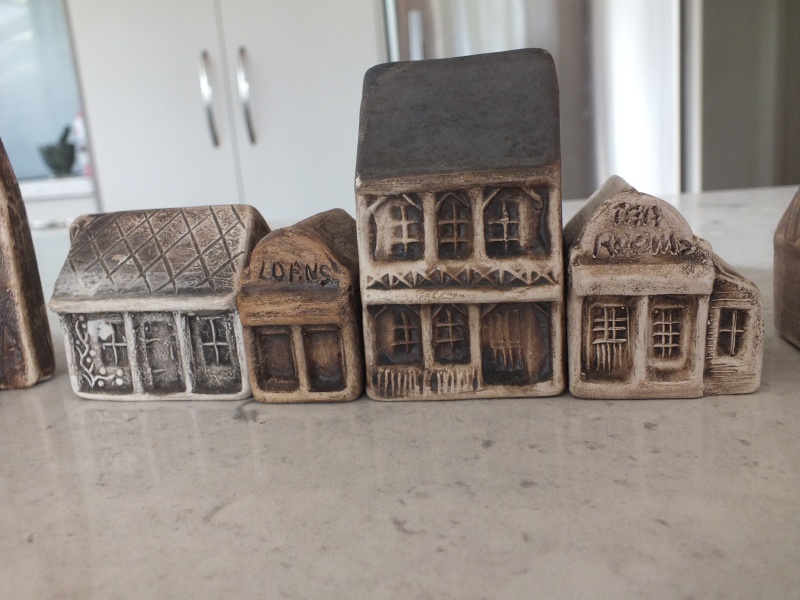 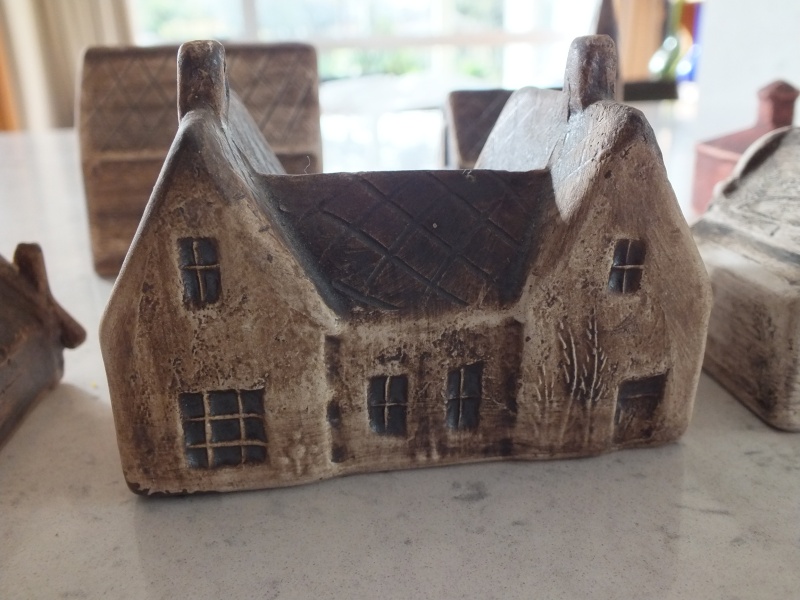 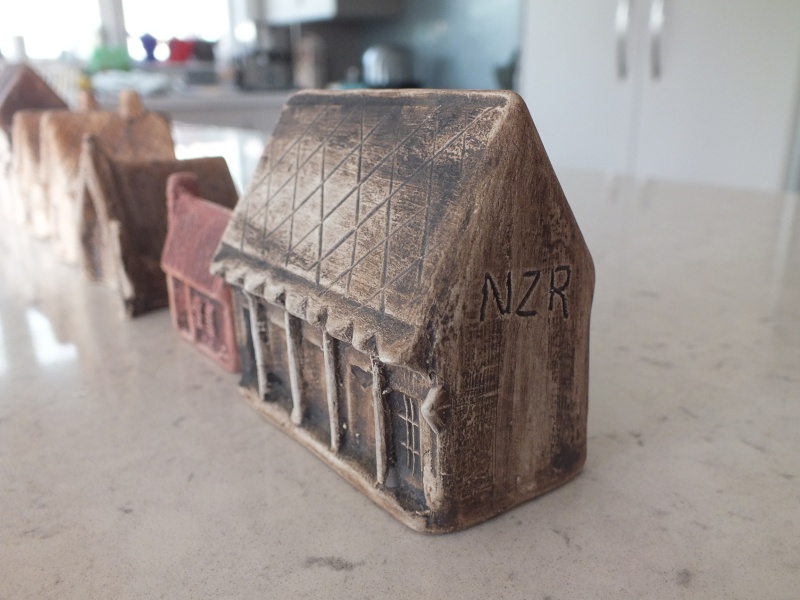 Coming from a background in architectural history I have made a point of collecting random small model buildings in various media. I see quite a few NZ potters make small buildings. I like Brendan Adams ones, well actually I like almost all of them.

Overwrought model buildings can be boring but these are relaxed enough to be whimsical.

Any idea what the NZR might mean. They look too big for a model railway scale.

I cannot identify any as particular buildings but they have enough detail that the do look like they could be.

Ahh... I hadn't thought of them as possible model railway props, but that seems logical - thanks Kat.

Jeremy, I would think the NZR was for New Zealand Railways, which would put them before privatization in the 1980s. They are very relaxed aren't they? I can quite see them being sold in a small country pottery beside a railway line perhaps in the early 1970s.

Call me "scale-ist" but I tend to think of O gauge as toy rather than model!

But they do look that size.