Monograms do not usually get me excited and are rarely the primary reason for a purchase. This one is different. 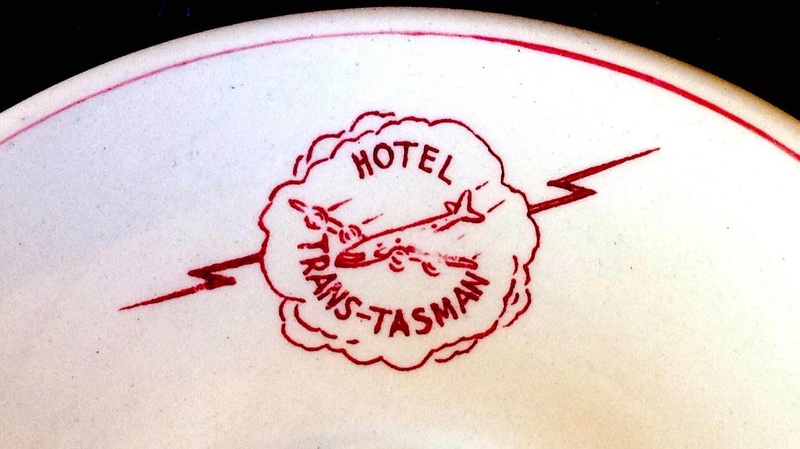 The monogram itself is quite crazy as it depicts an aeroplane, a cloud, and a lightning bolt (drawn in such a way that you'd be excused for thinking the plane had been struck and was on its way down in the middle of the Tasman Sea), and the name of a hotel that I had never heard of, the "Trans-Tasman". If the image of the plane is drawn from Auckland history It would have to be a DC6. More further down.

The hotel, it turns out after a bit of research, is a place I am familiar with as it was designed in 1912-13 which is within the period of my architectural research (1890s-WWII) by an architect who has always intrigued, RW de Montalk, primarily because little is known of him, and perhaps more marvellously because a family member engaged in a media campaign for many years claiming to be the rightful King of Poland. 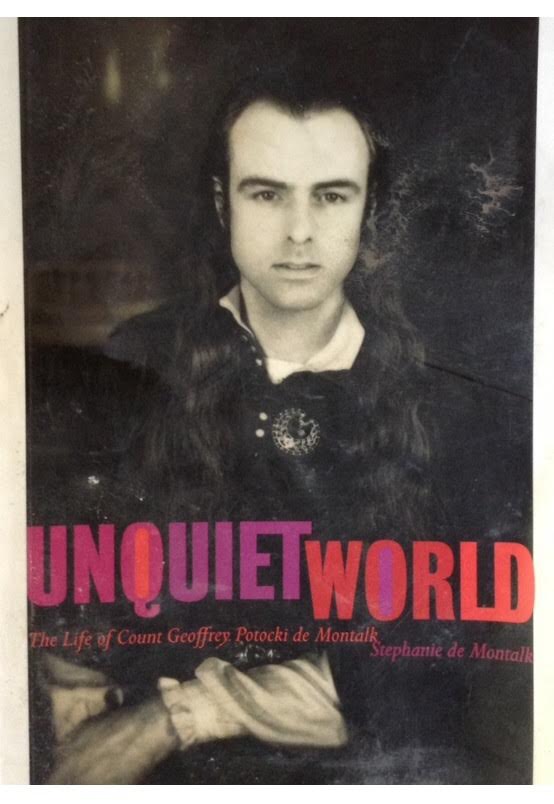 The Hotel Trans-Tasman was built as the Cargen Hotel, and, while it has undergone some name changes in its 100+ years, that is the name that has stuck with me. Timespanner's blog gives a good history of the building for those who wish to know more. http://timespanner.blogspot.co.nz/2014/09/beside-te-wai-ariki-from-masons-hotel.html 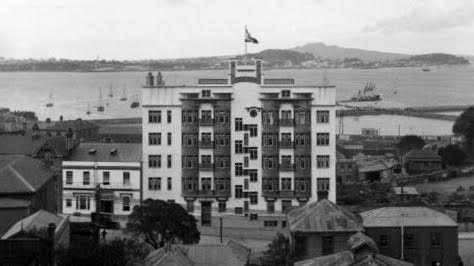 The Cargen is an excellent (quite) early multiple-story concrete building with design provenance in the Arts and Crafts and Art Nouveau movements and sits on a downtown Auckland site with a wonderful backdrop, and view, of the Waitemata, Devonport with Mt Victoria and North Head, and Rangitoto. 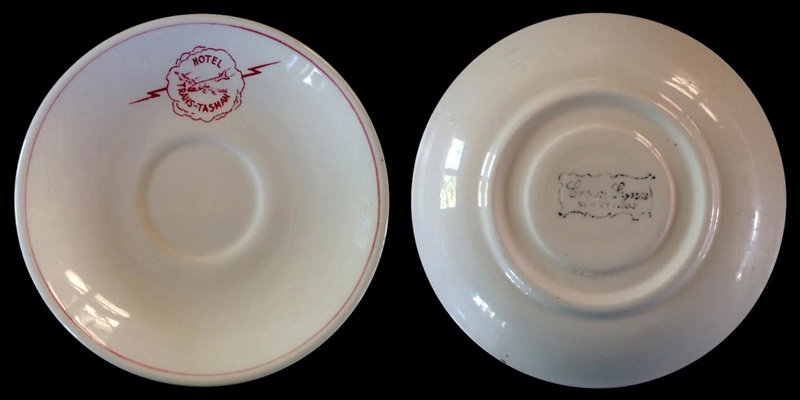 The name change occurred post-WWII, possibly 1947. The saucer, which appears to be a demitasse, will have come from the rooftop restaurant. A look at various photos of the building's exterior tells me that I would love to have sat there nursing a short black coffee in a Crown Lynn demitasse, and I probably sucked the life out of a few cigarettes while I was at it, but sadly the year the Trans-Tasman was sold, and became something else, was also the year of my birth.

It is a coincidence that the years of manufacture of the Douglas DC6 (46-58) match the years of operation of the Trans-Tasman almost exactly. An Air New Zealand engineer's blog says that TEAL flew DC6s from 1954 until 1961. Before that time TEAL flew flying boats.
http://flight-engineers-air-nz.blogspot.co.nz/p/douglas-dc6.html

An added delight to this tale is that another architect, Gerald E Jones, whose work I have also studied was a highly respected photographer and his collection at the Auckland Museum contains photographs of the restaurant. One day I will check those out. They appear not to have any images online. The description tells of a waiter posing at a table set for dinner, so may even include a full Crown Lynn setting complete with monograms. That would be nice.

The years of operation of the aeroplane ('54-61) and the Trans-Tasman Hotel ('47-58) information in combination with that of the backstamp ('48-55) date this saucer as 1954 or 1955. At about that time my mother would have started work at the buffet at Auckland International Airport, Whenuapai, where she met my Dad, Cpl Ashford of the RNZAF. I was born with the sound of DC6s overhead. 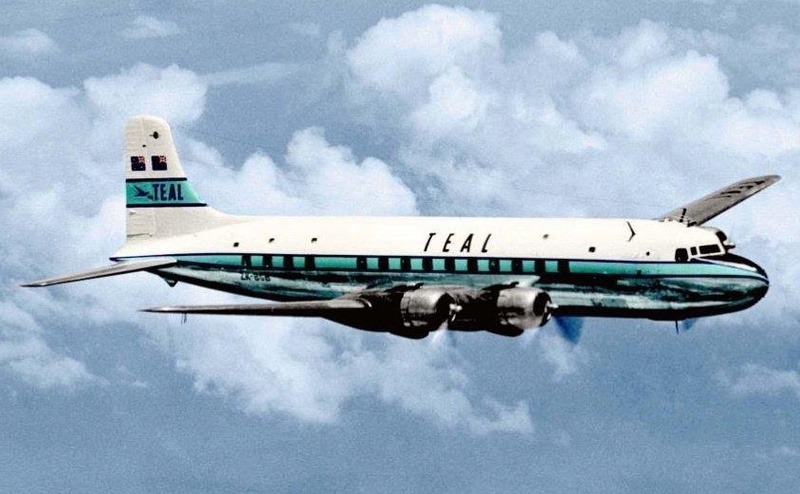 I have asked trademe seller cobberkain if I may use his images until I have my own and am awaiting a reply.* I have bought from Justin before and he always has interesting items for sale. Check him out here:
http://www.trademe.co.nz/Members/Listings.aspx?member=1953501

*I think he said yes but I have replaced with my own now.