Nothing for me at Tiki market this morning so Tus and I stopped at what I think is a reasonably new second-hand shop by the Tikipunga roundabout. Found: one mug.

From the dramatic blush this large mug appears to be wood-fired but I see no evidence of wadding on the base. Some glaze, ash I think, has been applied as evidenced by the inside, the rim, and some clear glaze spots on the blush, and by the internal blush spot where the applied glaze has missed. The unglazed exterior is almost entirely vitrified and I would have to describe the overall texture, and the look of the unglazed and not-blushed base as "sandy". Yesterday Nicole and I went to Onerahi for some sand which I have been considering adding to my Avondale clay as I suspect it may not otherwise survive a wood firing: I wonder if this mug has had sand added to its clay body. 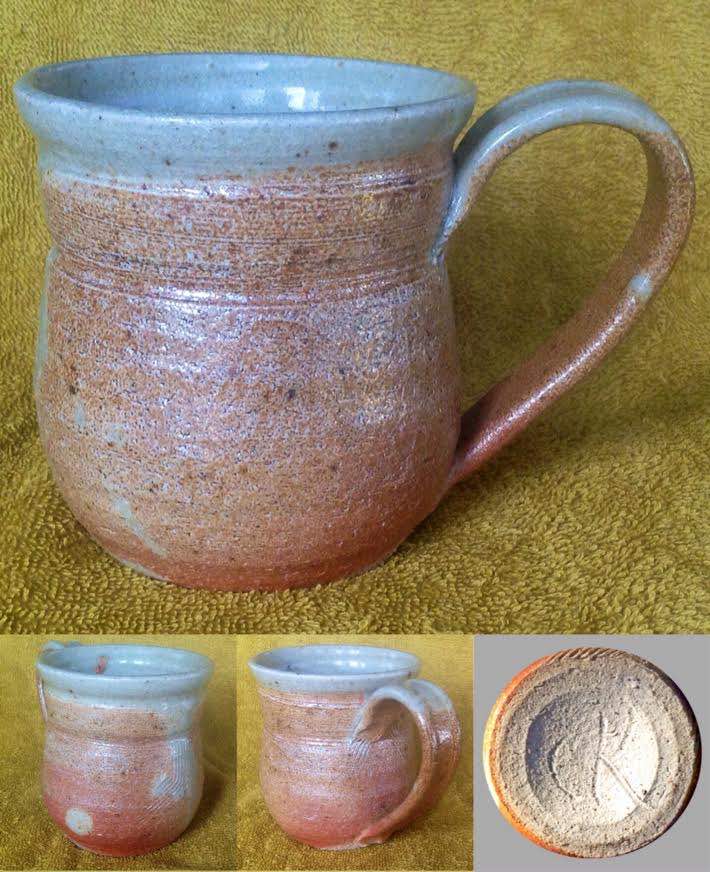 There is some brush, comb, or fork decoration where the handle affixes and directly opposite. Although the large handle is not to my liking it is well formed suggesting a competent potter.

The mark looks to me like "CK". The point at which the top stroke of the K meets the upright us obscured by the lower stroke but I can confirm that it is indeed there. There also appears to a loop on the upright suggesting a P could also form part of this device but I'm looking at it as a scratch.
.