This is an interesting pot due to the clear year date.
Not sure if the initials read GMA or GMR as the last letter has been retouched.
Hopefully someone will tell us about this potter one day. 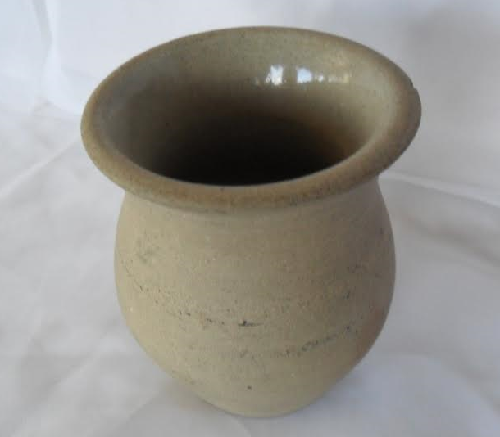 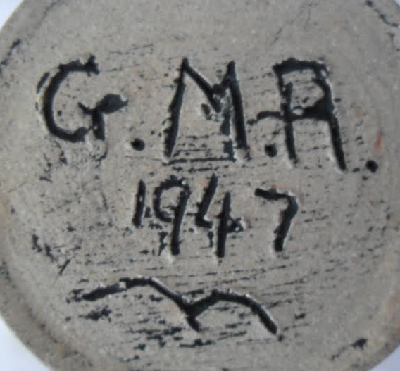 Tim Caulton might be able to hazard a better guess; but my thought is the chances are that this is a pot by one of the students who sat alongside Len Castle, Patricia Perrin and co. in Robert Field and Doreen Blumhart's pottery classes at Avondale College. Those classes were the nursery for the first generation of NZ studio potters, but only a minority of the participants went on to bigger things. The sprinkling of pots an attentive collector may see over the years dated 1946-1948 could well be from these classes.

(On the other hand, 1947 might reference something as banal as the year of the potter's birth, but less likely I think.)

I also thought of Doris Lusk (or Holland) classes in the 1940's.
Hopefully someone can help.