Mike Regan has been managing the kiln build at the Quarry. I have enjoyed his company greatly. Occasionally we have a beer after work and I get a chance to look at his work, and his collection. Usually I have no room for photos on the iPad but I have managed some now and then. Yesterday I planned to get a picture of Mike's koru mark but Mike gave me the mug so I did that this morning and instead photographed one of his favourite pieces with incised initials, a mark he did not use very often.

Mike Regan potted in the Hokianga in the 1980s. He used clay by the ton from Yvonne Rust at the Quarry, built his own kilns, and fired work for others, including Colin Underdown. I will add some pictures of pieces in Mike's collection to the Underdown topic.

Here is my mug, and koru mark. This is Mike's ash glaze outside and dolomite inside. I took a bad picture so I've toned it a bit to try to recapture the true look of it and will replace with better later on. 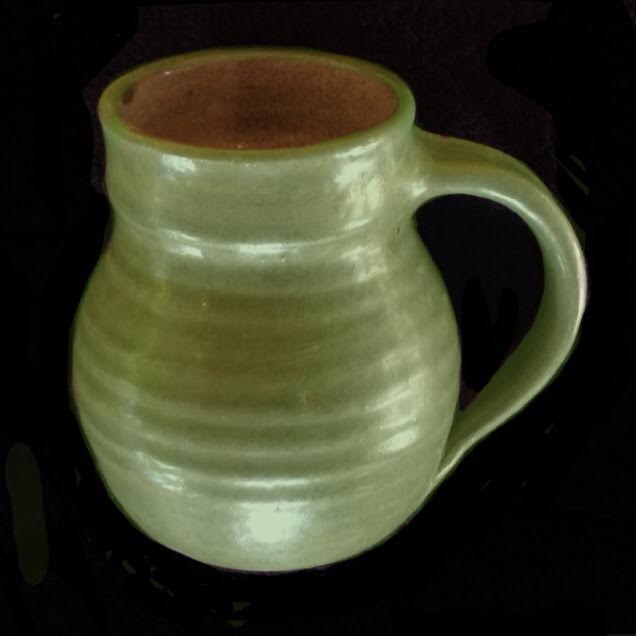 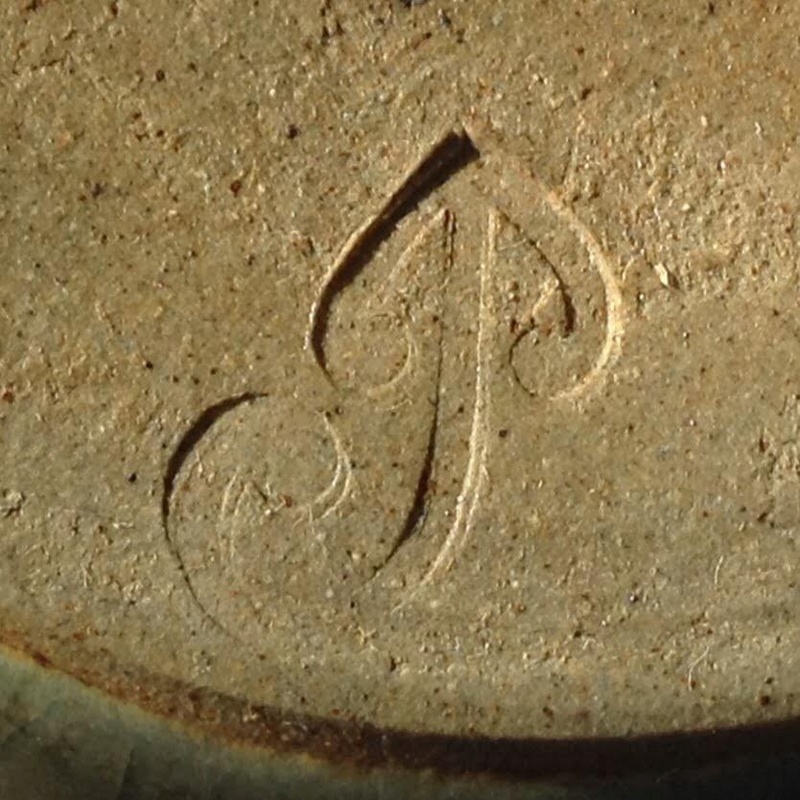 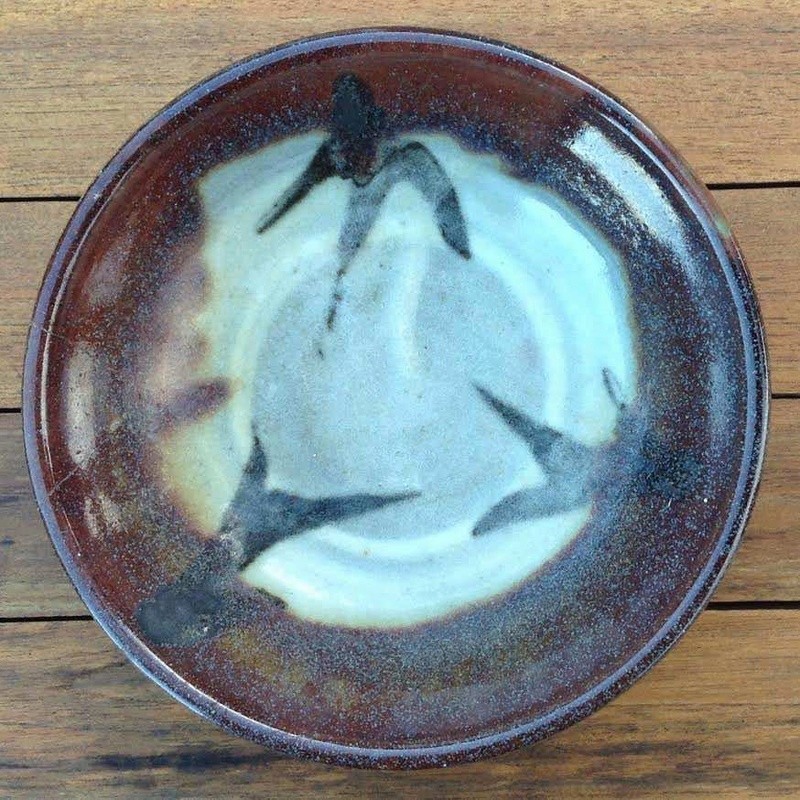 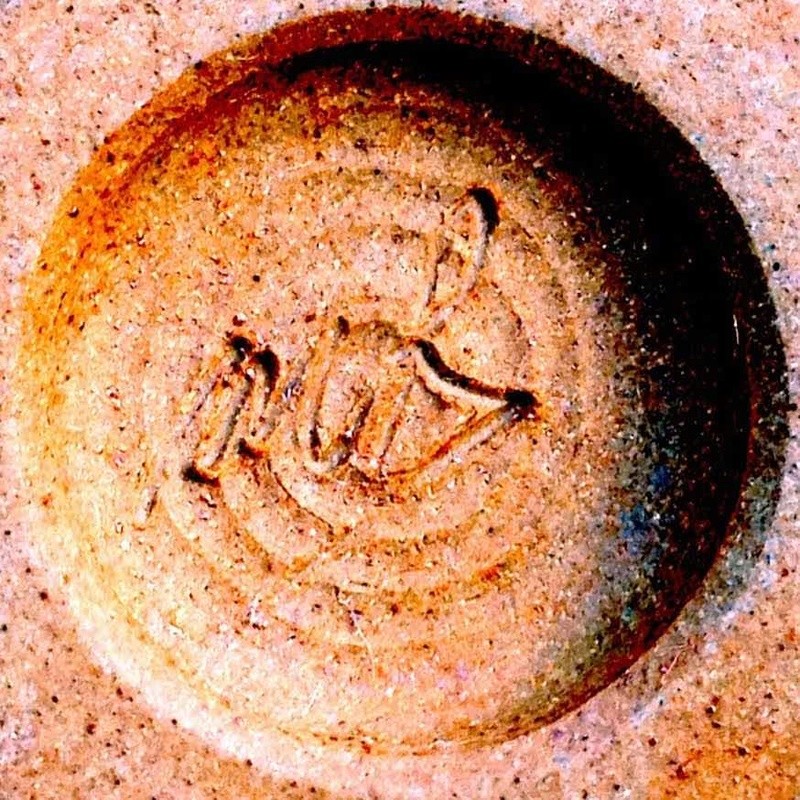 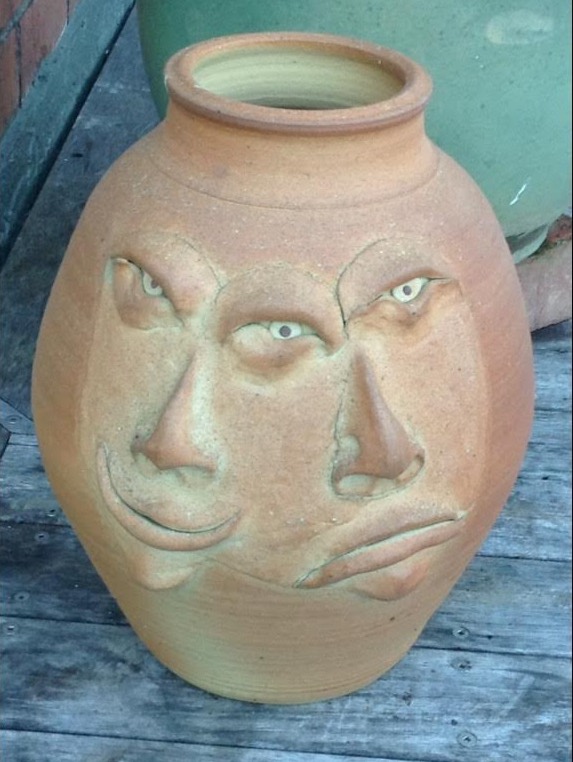 I'm pleased to see that Mike liked to put faces on his work, but I didn't see any face mugs!