Before I spotted this piece I had only read and seen a few pics of the fine china crockery used in railways' refreshment rooms prior to World War II on the internet.

There is a paucity of hard information about them. The NZ government leased the railway station refreshment rooms to private operators from the early 1880s until 1917 when leases were cancelled and the railways took control. The earliest cups and saucers badged for use in the rooms by the private operators were imported from England (possibly also Czechoslovakia?). They varied in shape badging and quality and even included some in bone china. 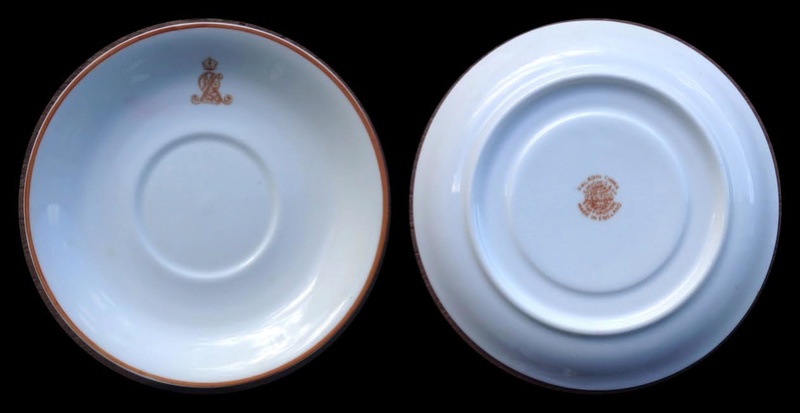 Apart from the straw clay cups and saucers made by Ambrico (from about 1939), and the "NZR"-badged Crown Lynn and Temuka refectory ware, for which the earliest documentation I have seen is the 1952 photo Val brought to our attention (which shows black-monogrammed Crown Lynn duos) the railways also imported sturdy utility ware from England. Those were badged alternatively with "Refreshment Rooms" or "NZR" decals. I have seen some dated 1943 (George Jones and Sons) and believe they were used after WWII alongside the local wares until about the time of the photograph. I have as yet seen no reliable documentation to show their use before the war.

As this saucer has a familiar NZR monogram rather than one indicating a specific station I am inclined to date it between 1917 and 1939 rather than the earlier period of private leasing. In the photos the saucer looks very similar to saucers produced by Crown Lynn throughout the company's lifetime, from 1948 to 1989, but rather than a heavy vitrified ware it is indeed a fine china. I am not qualified to say whether it is bone china but I can say that the body is extremely fine and quite translucent. 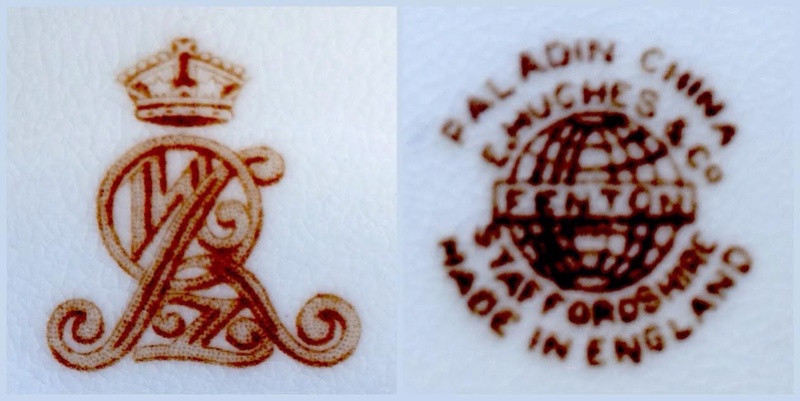 I'm very pleased to see this particular monogram as I have always wondered when it came into use. I've seen it used by both English manufacturers and Crown Lynn, the latter possibly as late as the 1970s. I've always had difficulty interpreting this as NZR because the cypher is dominated by the circle which forms the belly of the R, but this example is very clear and well-formed.

The backstamp identifies the maker of this Staffordshire pottery as E Hughes & Co, proprietors of the Opal China Works in Fenton, Stoke-on-Trent, trading as "Paladin China".
The A-Z of Stoke-on-Trent Potters website confirms my guess about dating, as this particular mark was used from 1914 to 1941.
http://www.thepotteries.org/allpotters/579.htm