Hi Ev
You asked for a photo of a fat bum cup next to a check pattern cup.
I can't locate the yellow cup atm... it's packed away in a box....somewhere lol
The handles are differnet although there are no markings on the base of the fat bum cups that indicate that they are made in new Zealand. 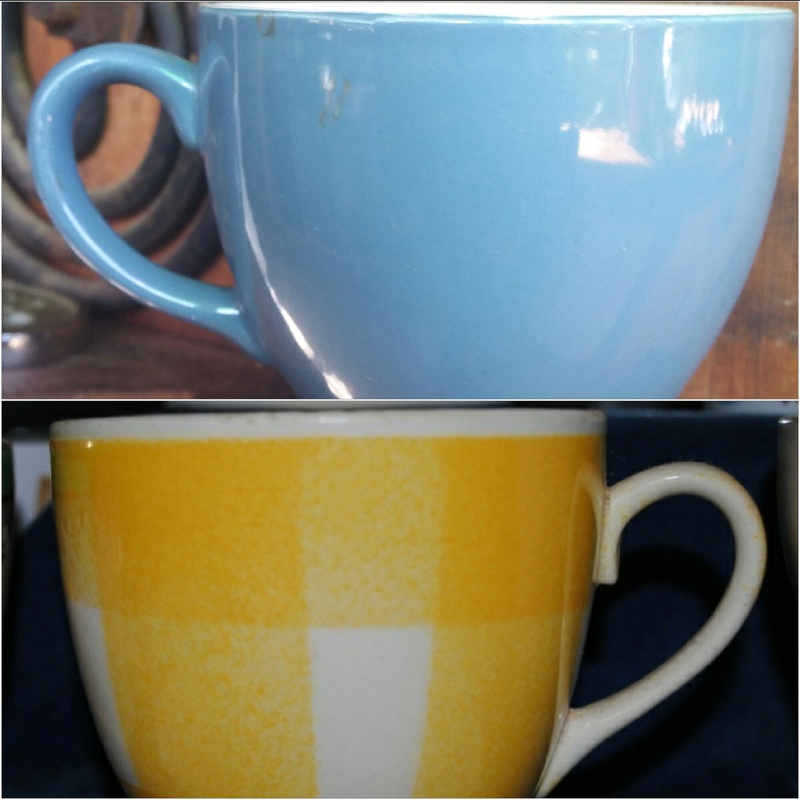 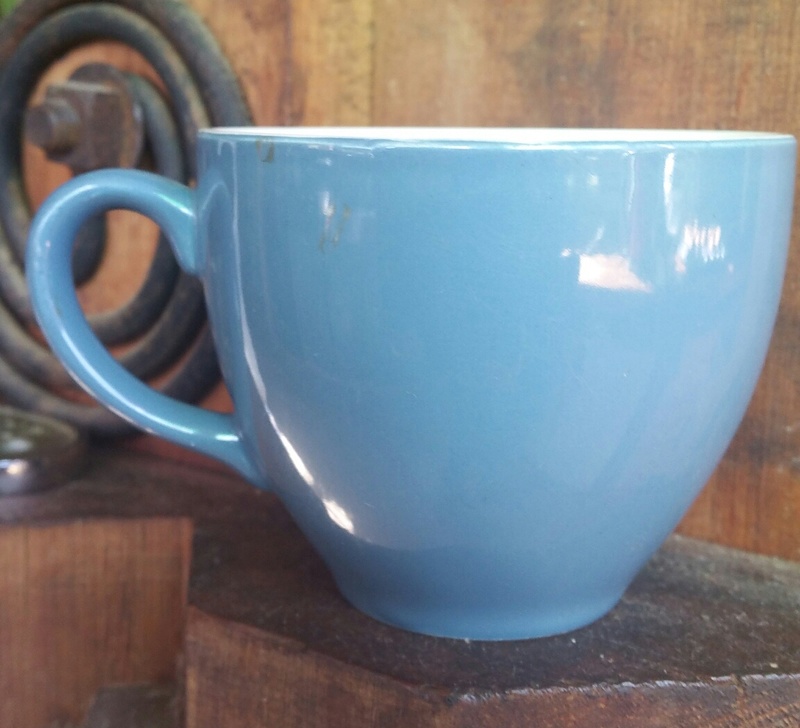 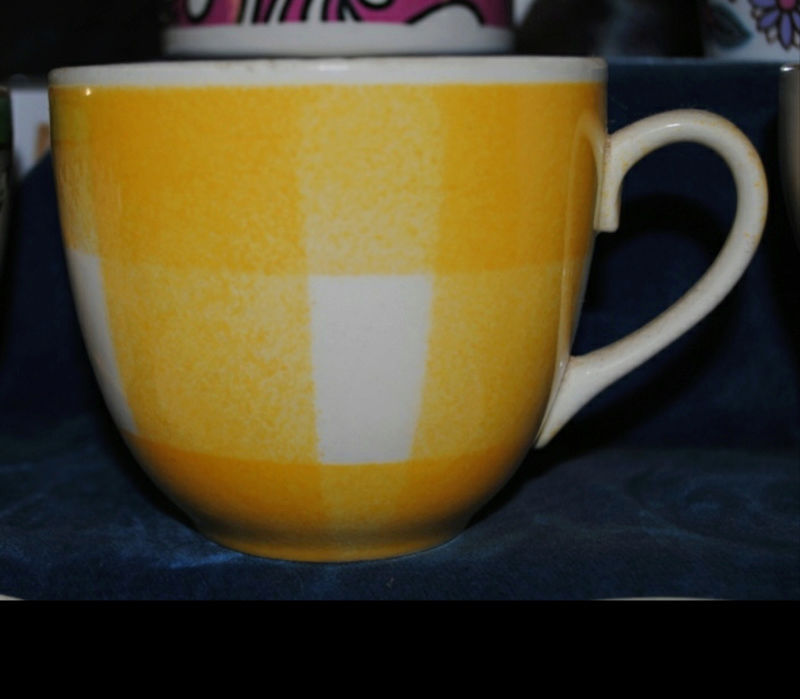 Don't male any decisions based purely on handle shape.

Unfortunately I broke my early 780 cup, but like the earliest of the 781s it had a handle like this checked cup, although the bowl shape was the same as the later fat bums, just finer and only slightly larger. I lost track a bit with Harry's cups but the one that I gave the opinion on, the big one, wasn't a 780.

To make a final decision on an 832 pic for the gallery we need to see cups side by side to compare both shape and size.

Whilst looking for a sugar bowl.... I found my yellow check cup.. yay...
It's is taller than a fat bum cup

How very interesting!!!!!!
You may well have solved this mystery with that photo.
I will wait for Jeremy's keen eye to come along

Then there is the "spray painted" ones ..... same height as yellow check . Different handle.
the yellow one on the right is slightly taller again. That has Aero British as the Backstamp

middle is definitely a 753

So is the yellow checkered one the 832? 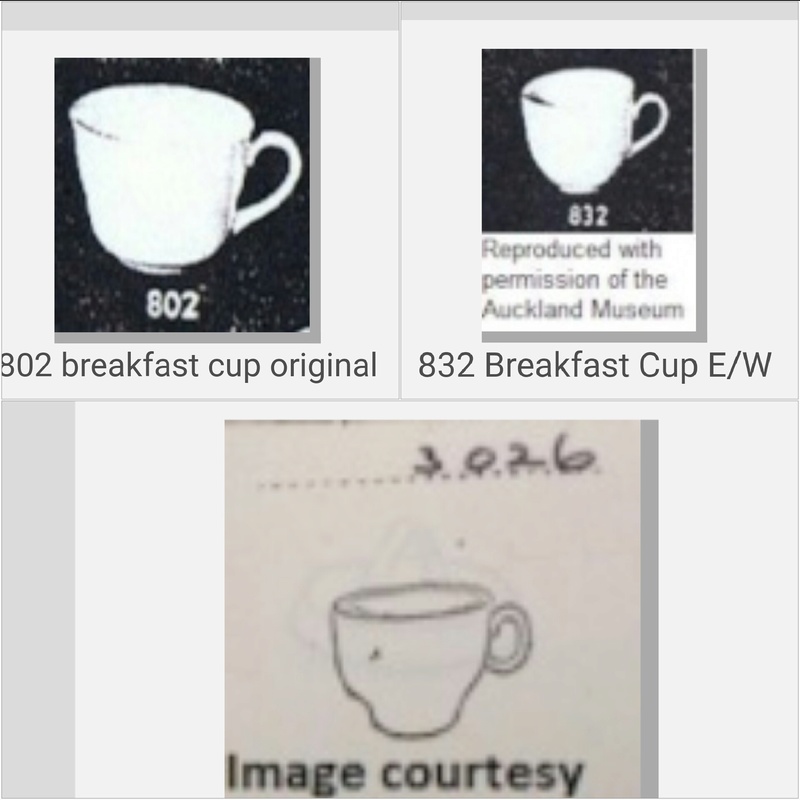 Probably, but what do others think ....

Janice how does the checked cup compare to a Sth Pacific / Fattiebummie?

It's taller and kind of slimmer if that makes.sense