Yesterday I found this Gay Gold cup and it's in the tulip shape, but is noticeably taller and has a very different finish where the handle meets the cup at the top.
I realised that we don't have this pattern in the Gallery so took a photo of the cup and a plate I had for the Gallery.

I wonder if this cup has a different shape number, or could it be the precursor to the tulip that we know well? 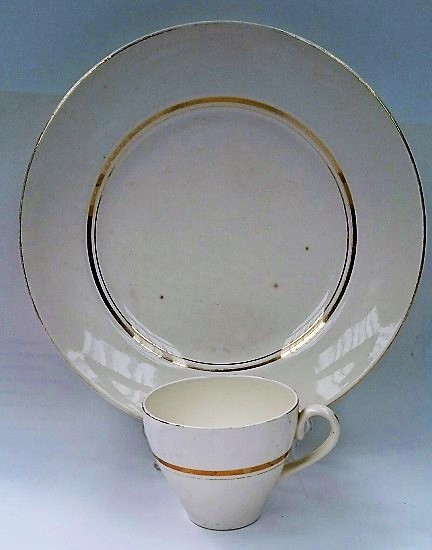 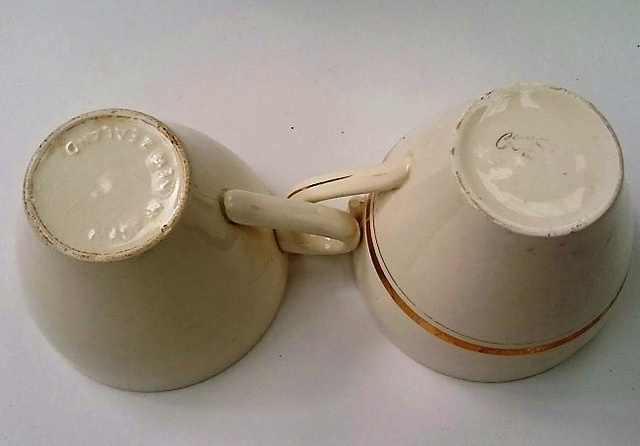 Bumps this for Jeremy and sorry that there is no more info but it sure is an early cup!

I have based my thoughts so far on my Fleurette cup so have taken 1959 as an earliest date. I have other of this type as well, and used to have a 780 with a similar handle until I broke it. Suggests to me that the two shapes were under development at the same time.

So I'm still loking at this shape as the first outing of the 781 and the other as similar for the 780, rather than looking for a different shape number or numbers.