A ran this by the facebook group first because responses come quicker there, and because fb edits photo size automatically which means I can recycle photos here on the iPad without having to use the computer. 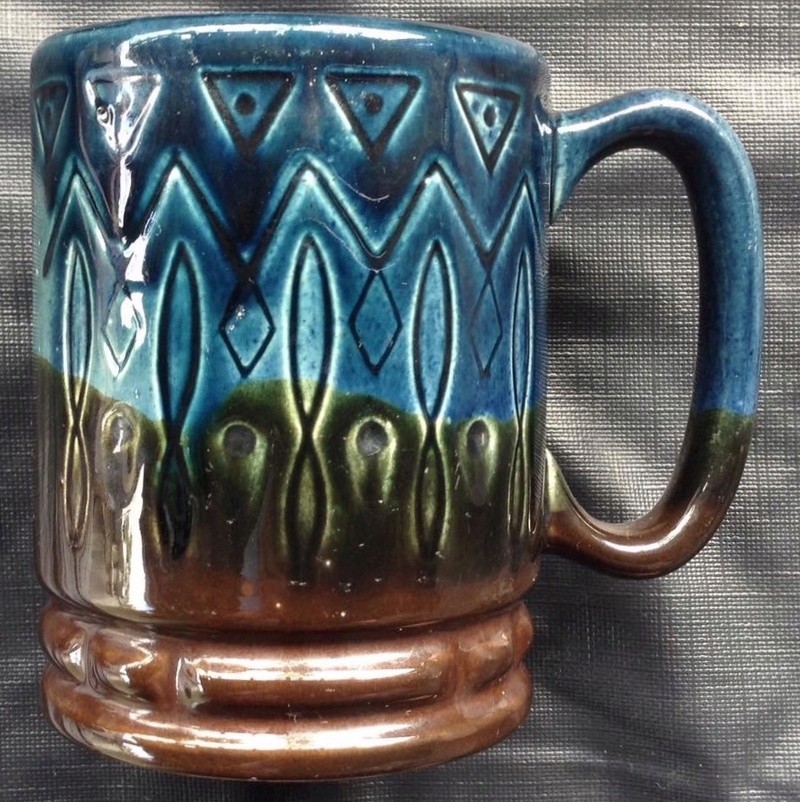 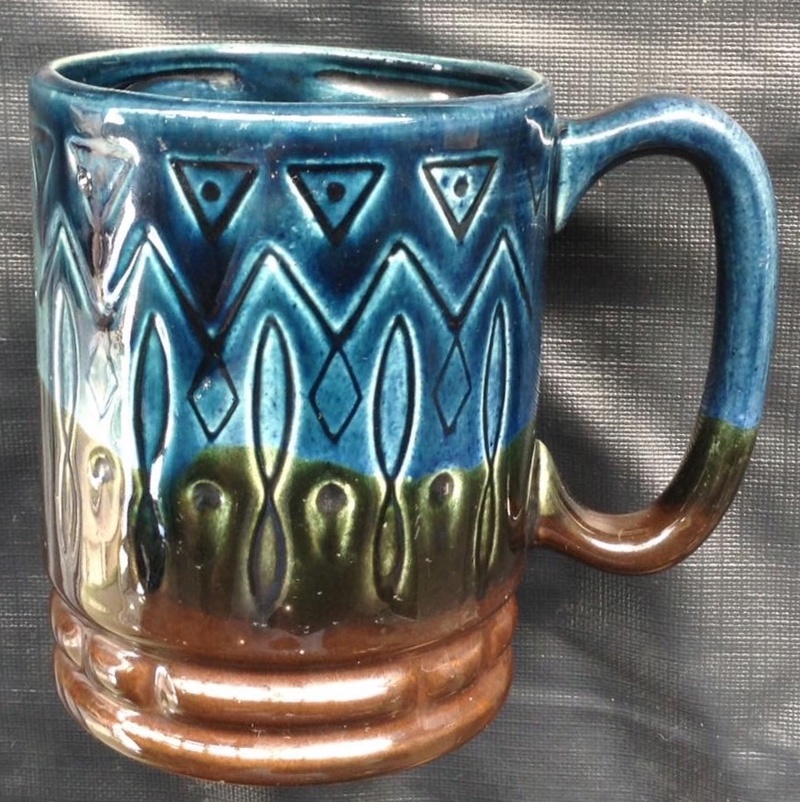 I was dazzled by this mug when I first saw is, as too were the volunteers at the Hospice shop.

My first thoughts were Japan, but it was sufficiently interesting to me that I decided to spend the buck anyway. A final inspection for damage before paying showed me that the fettling of the footring was Orzel work. 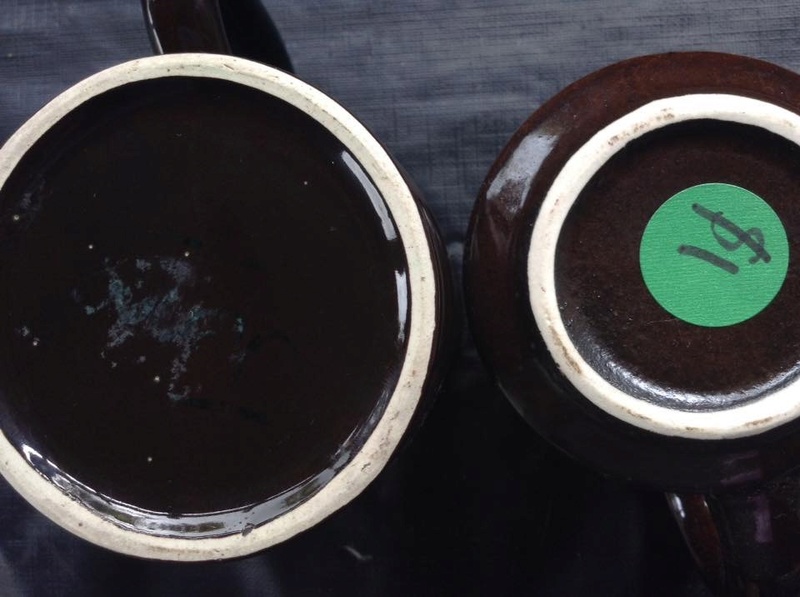 On the fb page Val opined that the glazes were in the Orzel ballpark, which was great because the glazing was the biggest hurdle for me. Ongoing examination of the mug wrt other Orzel designs has finally convinced me that this is an Orzel mug. 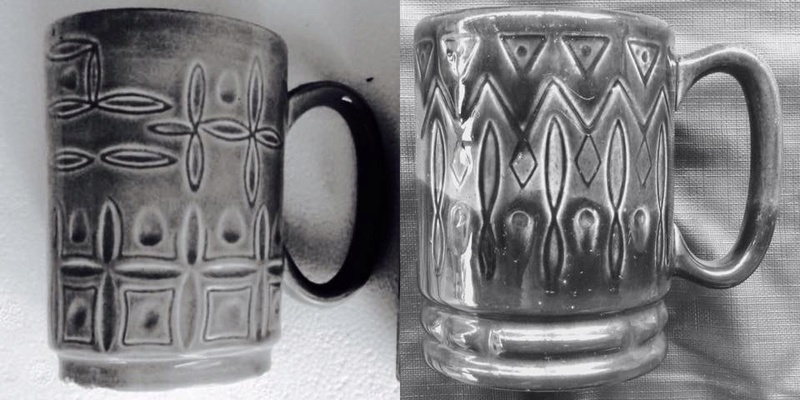 The last piece in the puzzle was a comparison of the design, and its execution, with the best piece for the job being one of two frangipani mugs posted last week by Fee Wanganui aka fi. I have a similar mug myself but it has a thick glaze that obscures the lower part of the pattern. Stripping out the glaze colours for comparison of just the lines and indents gives the cleanest picture. (BTW, a goggle image search turned up nothing similar from Japan.)

Oh, one more thing: although I cannot immediately locate my own tall frangipani mug I think the handles of these two mugs may have started out as the same shape.

At our Whangarei collectors group meeting this morning Val and Brook (an Orzel collector) okayed the glazes.

Val thinks it is a bit light in weight for Orzel, and I agree that it s quite light but all it takes is for someone to tip the slip out a bit early and there you go.

In my experience Titian slipware (not Crown Lynn Titianware) is relatively light (as in thin, not lightweight pottery like Hobby Ceramics) and Orzel does as a rule erred towards heavy, which does make this an oddity.

Similar topics
» Hobby Ceramics coffee pot: Orzel shape? Plus the Orzel one.
» NZ pottery from the 70s is made by Orzel
» Orzel mug in a Titian shape
» Orzel beer mug new shape?
» Orzel Manhattan shape 114 from the collection of me!