» Does anybody know whose ankh mark this is?

» Help to identify this potters mark

There have been inquiries about what Crown Lynn shape numbers look like on the pottery. Here are some examples of different presentations of Crown Lynn numbers. It would be good if someone could add examples of each digit 0 to 9 for earlier shapes. 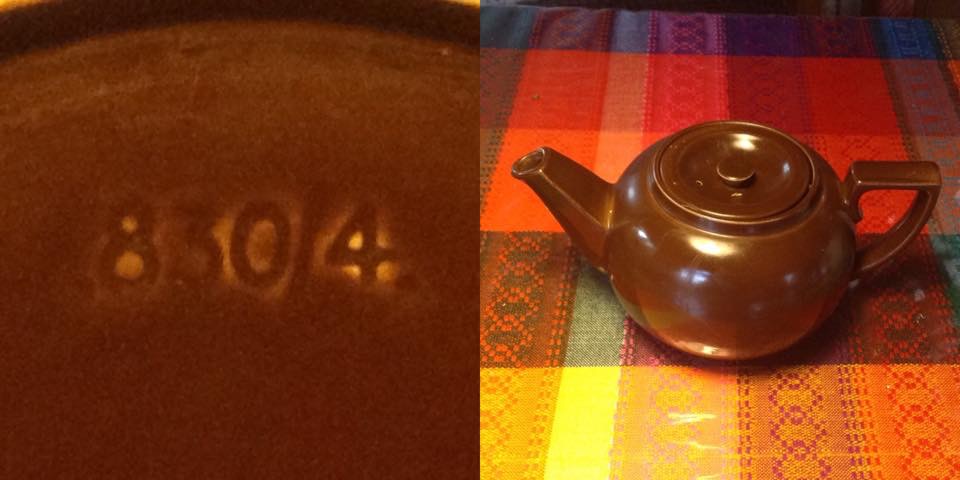 "830/4" is a teapot from about 1960. I think this shape was made in 2, 4, and 6 cup sizes. Numbers are impressed. Sometimes on pieces like this it can difficult to make out the stroke, especially when it fills with glaze. 830 is the shspe number and 4 is the size. 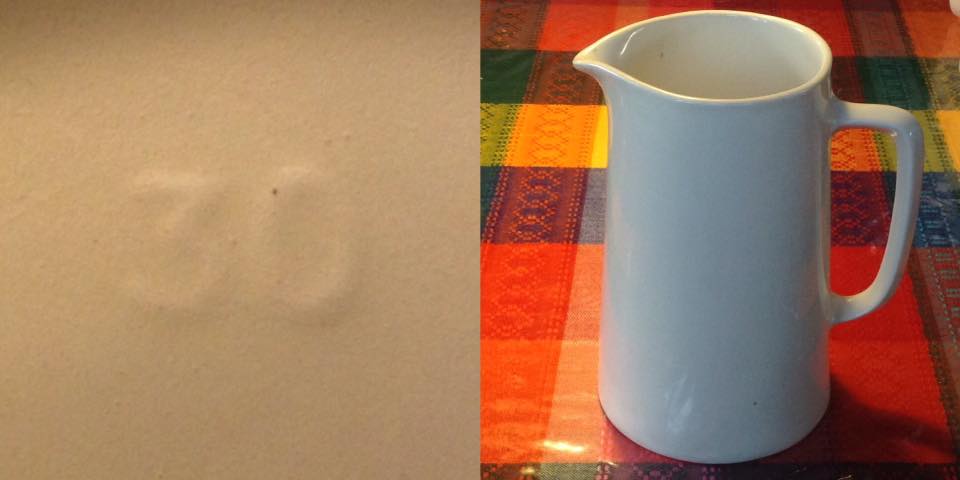 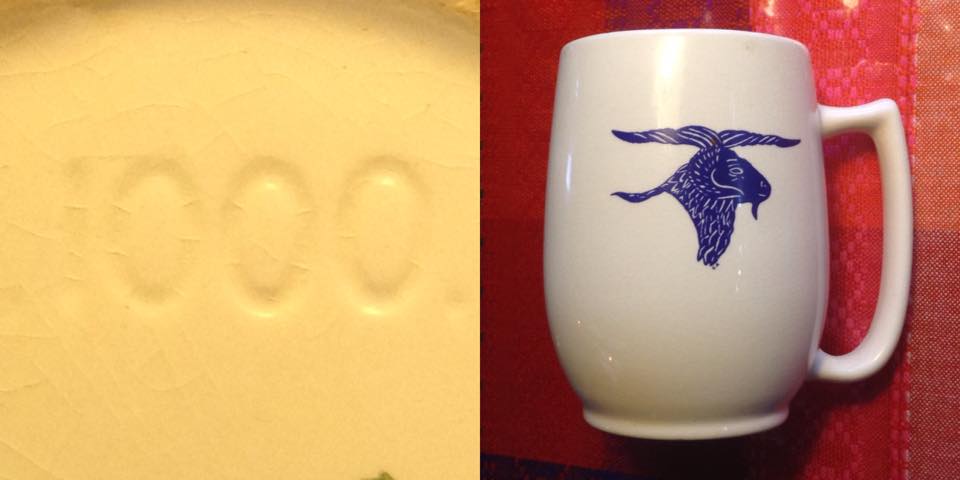 "1000." is the first castware shape number in the four digit numbering system which started in 1963/4. This number is impressed and relatively big. 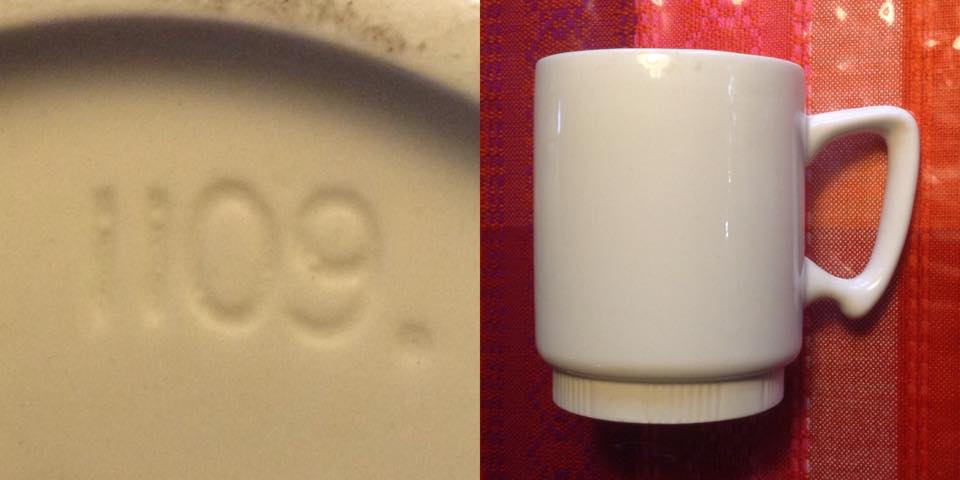 "1109." was originally Titian shape 523. This mark is impressed and slightly larger than the later raised 4-digit numbers, but smaller than the 1000. This shape is quite rare. 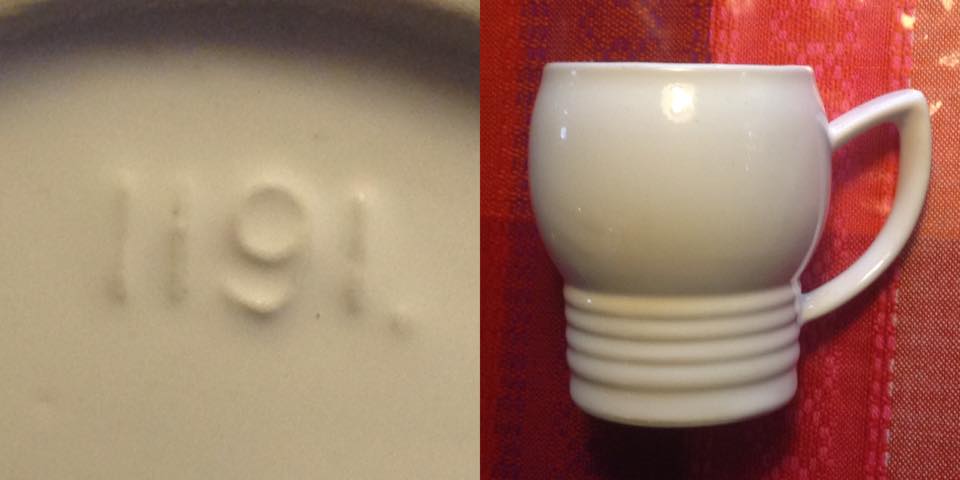 "1191." is typical of 4-digit numbers. It is raised. It also has a raised "made in new zealand" mark. Without the marks it would have been very hard to tell this was CL. It is so rare that only this one has turned up on line so far. Seller thought it was Wedgwood Keith Murray.
.