RNZAF crockery and when each pattern was produced

I’ve been keeping an eye out over the past 18-24 months try and determine:

Watching auctions on Trade Me etc. has shown a wide and I’ve always been curious as to how many there actually are.
So far I’ve counted six different ‘styles’, more than for either the Army or Navy, the most recent being introduced around 1980 (which possibly replaced all previous versions looking at production dates).

Below are the styles I’ve noted so far:

4. - Blue monogram with thin blue line and gold leaf edging - 1968-1978
There is a possible example of this style with the 1955-1964 backstamp in this post, though it looks like the gold edging has worn away over time. 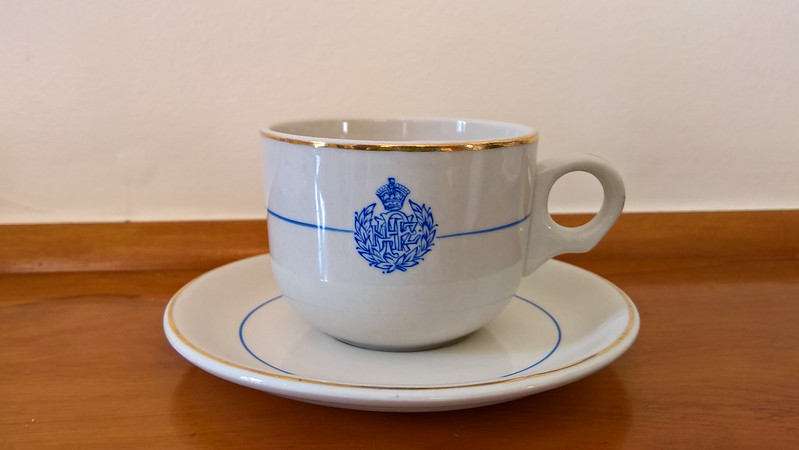 My question: has anybody seen any examples for any of these styles that would push out these date ranges in either direction?

The most curious ones are the red-badged versions. I've only seen two, both very early designs, so it doesn't appear to have be made for particularly long. Conversely, there appears to have been at least four different styles all being made at the same time until the late 1970's, when they all appear to have been replaced with the blue and orange versions that are still common on sites like Trade Me.

Note: There have been reports around what style was used by which part of the airforce (eg “orange line detail for N.C.O.’s and enlisted personal mess, blue/gold lines for officers”) and I’m not looking to try and prove or disprove these reports. After all, individual pieces would have remained in use for a long time after being produced, and production dates only tell us so much. At this point, I've just trying to get  handle on the date ranges that each style was produced over. 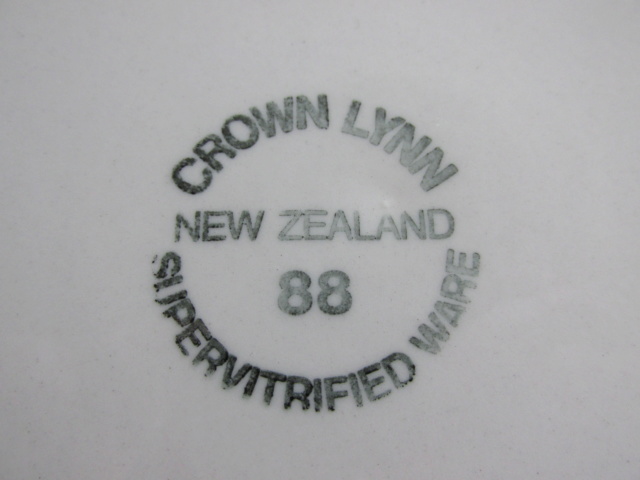 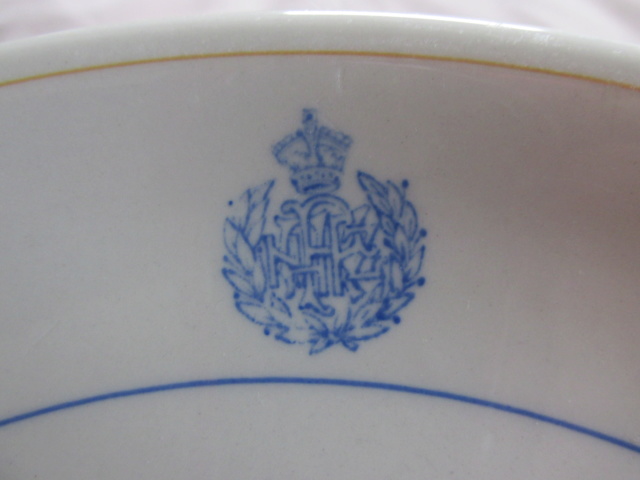 What I find interesting is the 'Kings Crown' emblem on a relatively new backstamp. When were these made until and why? Queen Elizabeth 11 reign started started 1952. Where these used in different areas as you stated?

the style of crown and the date of the items isn't something I've been recording but I might start doing so, to see if I can decipher any patterns from the dates.

So far (knock on wood) I've only noticed the variation in the crowns in the blue and orange striped plates which appear to have been produced only in the 1980s.

The second link contains the following snippet from Ev (best to read the whole thread for context)
"The records show that this badge was first used in 1980 and says that the Georgian crown was changed to the Edwardian." However, both crown variants appear after 1980 so I don't think we are any clearer yet.

Thanks for including the links, very interesting info. It appears there is no correlation between reigns and crockery insignia. I suppose there would be reason behind it and one day I might find out?

Adding the record from the Crown Lynn Badges Book so you can see the context it was written in.
Thanks to Te Toi Uku for having this record and letting me photograph it.
I don't usually do this, but this is an ongoing myth that gets perpetuated on Trade Me usually by people who know their insignia.

Many thanks Ev for taking the time to add this, it is so interesting really.
Having worked in production with applied (printed) logos (etc), I know changing it takes time, effort and money. Change comes down to 'is it worth it, is it really important?'
cheers

Hi ya sobi have in my possession 400+plates and cups on behalf of our cadet unit.
I've loved reading your thread about each design and whi they were used for but who were the plain white monogrammed ones used for???

These would have been used by all of the Air Force workforce that didn't have high rankings.