This pattern was first released in the 1960's and was popular for many years.
A fire in the decorating department on November 13th 1979, delayed the later re-release of Sapphire. 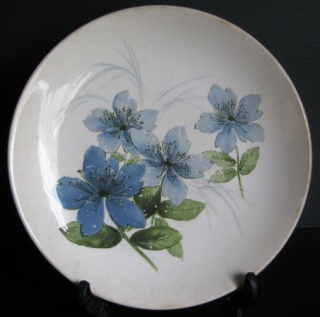 Forgot to take a photo of the backstamp..... oh I'm slipping!
It reads:
Pat. No. 823
American Styled
Sapphire
by Crown Lynn
New Zealand

Re: Sapphire by Crown Lynn