I bought this swan last week from the shop at the Powerhouse Museum, Sydney last week. The shop stocked three or four Studio Ceramics Crown Lynn retro pieces when the company was still operating but somehow this one piece had survived since then. It is whiter and heavier than Crown Lynn swans I have owned and larger than the "medium" swans by other manufacturers. 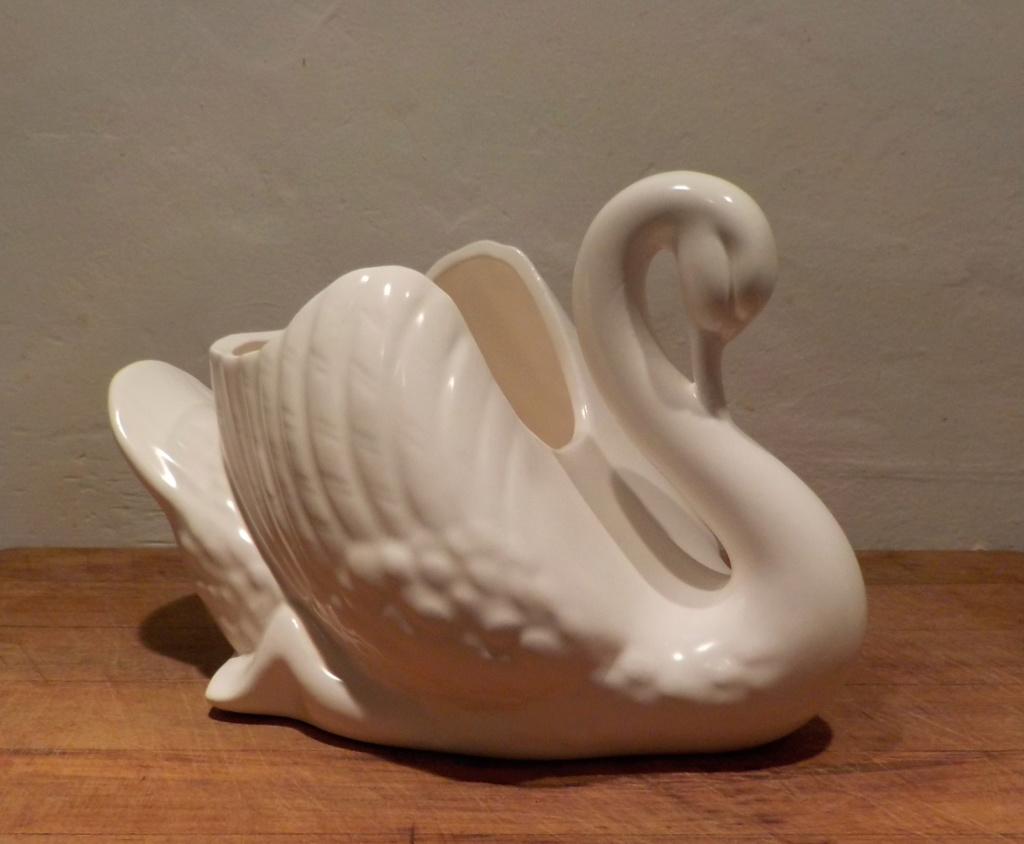 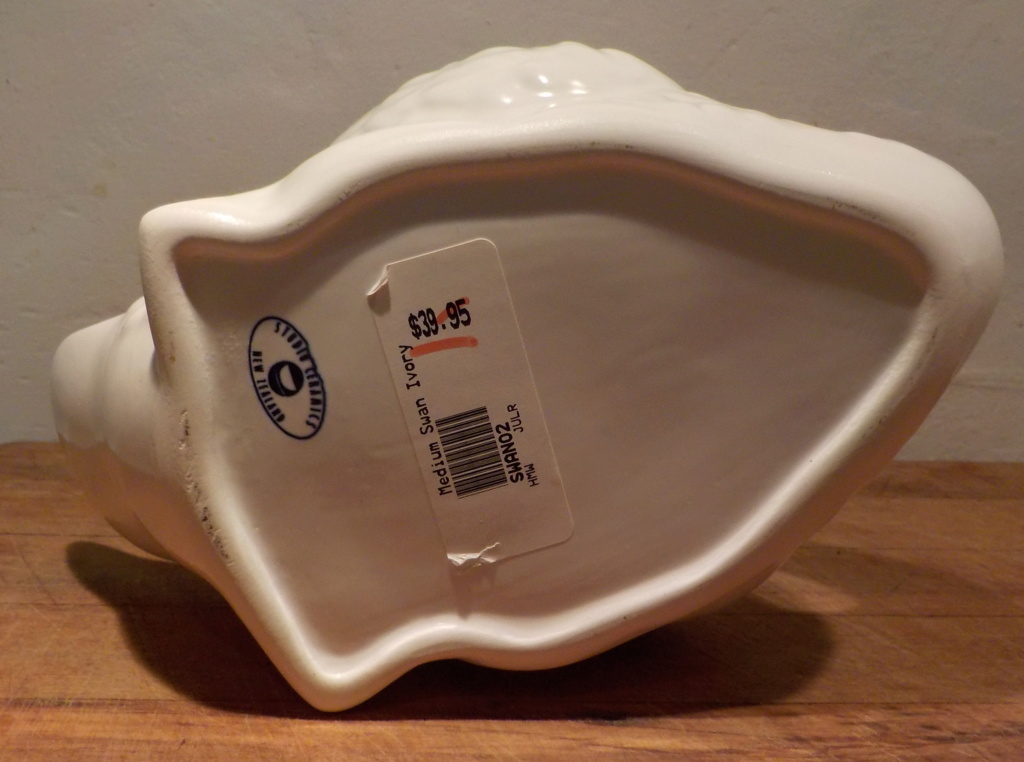 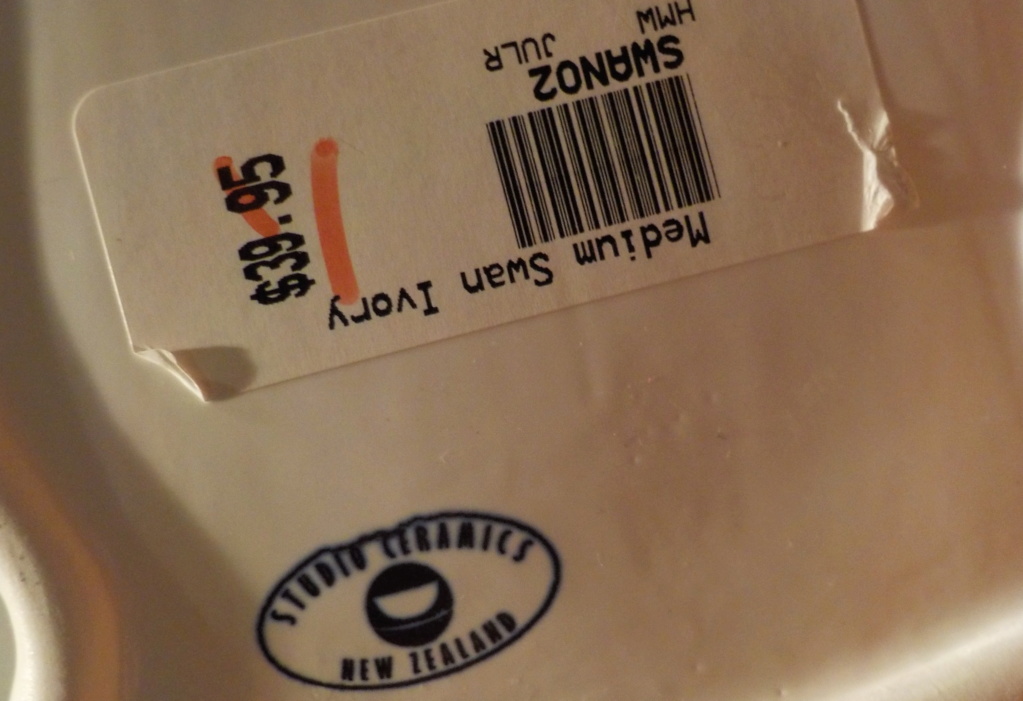 I spoke to Chris Harvey about the Crown Lynn closure about 16 years ago to ask about surviving archives and Crown Lynnalia for a publication I'd started working on while the company was still in operation. My uncle was a friend of Sir Tom's and both he and Tom thought there'd be limited interest in CL history. At the time Tom was described as "fairly hands off" and was in declining health. My uncle was quite protective of him and was skeptical that there'd be a book in the history of a dying business. Some years after I talked to Chris Harvey there was much discussion about Studio Ceramics' production of its retro range countered by an awareness that Chris was believed to have known more about ceramic copyright than anyone else in New Zealand at the time. The situation developed in various directions since then.

Is that a Studio Ceramics sticker on the base or a stamp Tony?

A slightly blurred or smudged stamp.