Chris is really a clay designer.
His work is carefully thought out and meticulously made.
I only have a small sugar bowl of his, but it shows how perfect his work is. 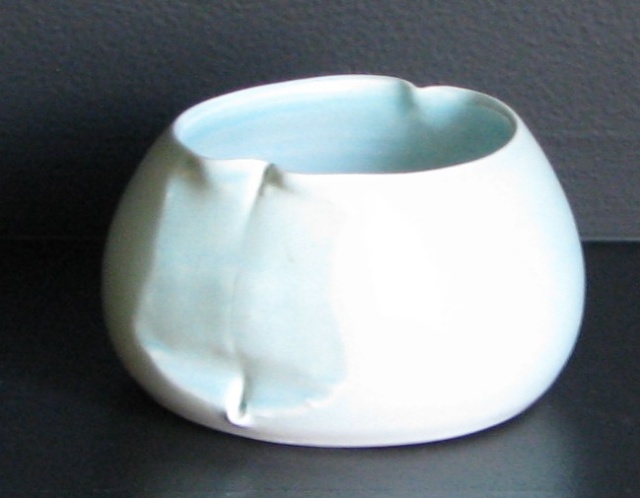 His mark was difficult to photograph with this duck egg blue glaze -
so I took a far away one.. 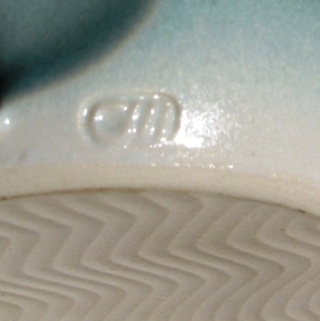 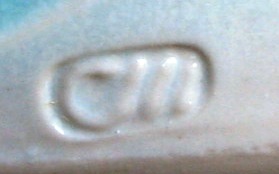 An early Chris Weaver mug. Terry Ridley (doll-finz) sold this on trademe on behalf of Mark Goody, Marcus on the forum. I haven't seen this potter's mark anywhere else but knowing Marcus I'm happy to accept his attribution. Marcus suggests that it would have been made in the late 1970s or early '80s, which was my guess when I bought it. 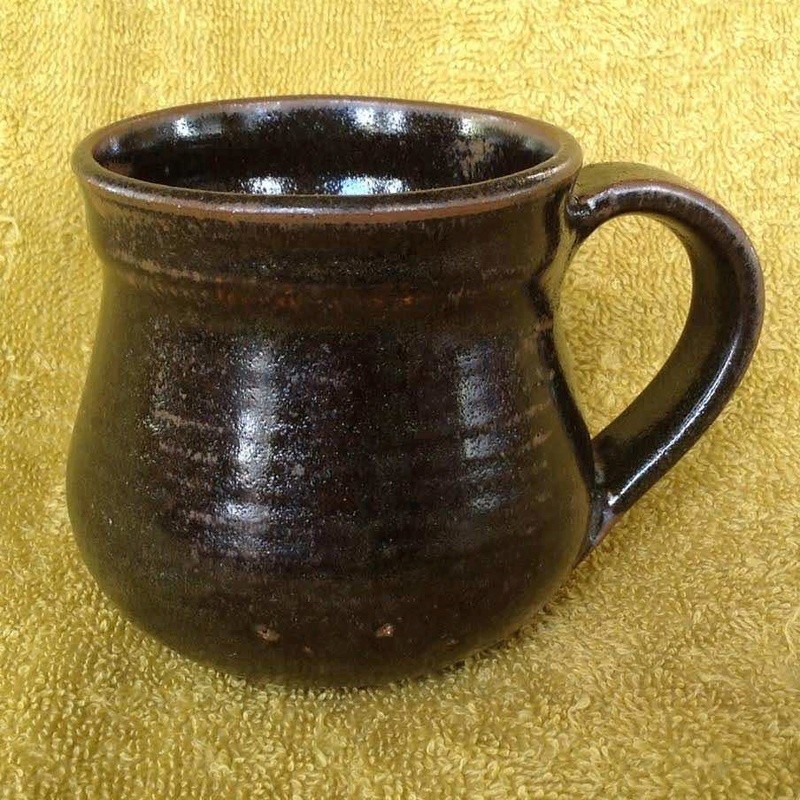 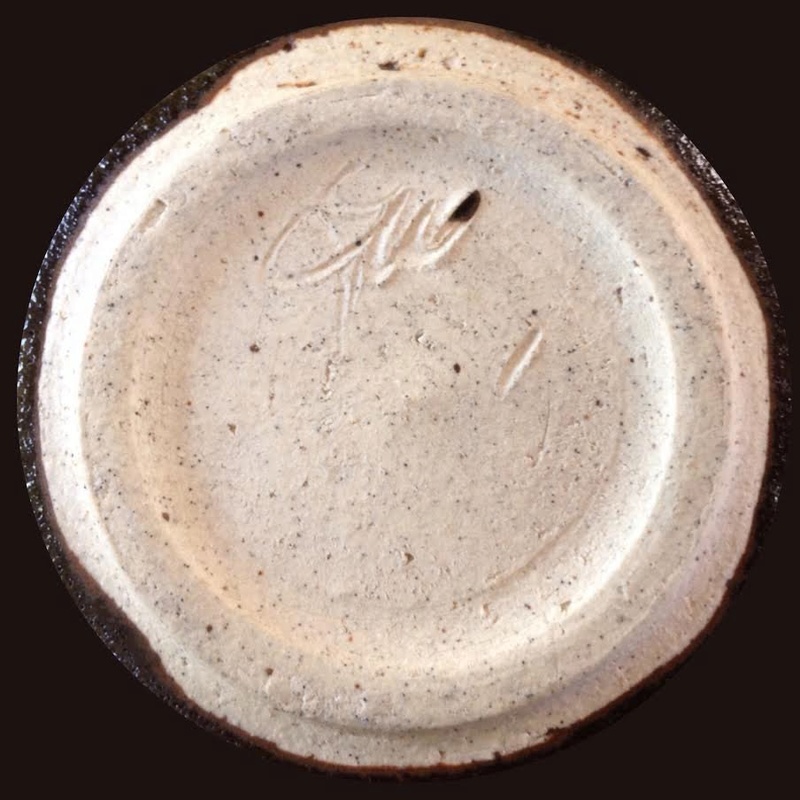 Chris Weaver "iron" series mug (below). These sell for huge amounts but my blue one was a lot cheaper than the black and white ones to pass through trademe in the last year. 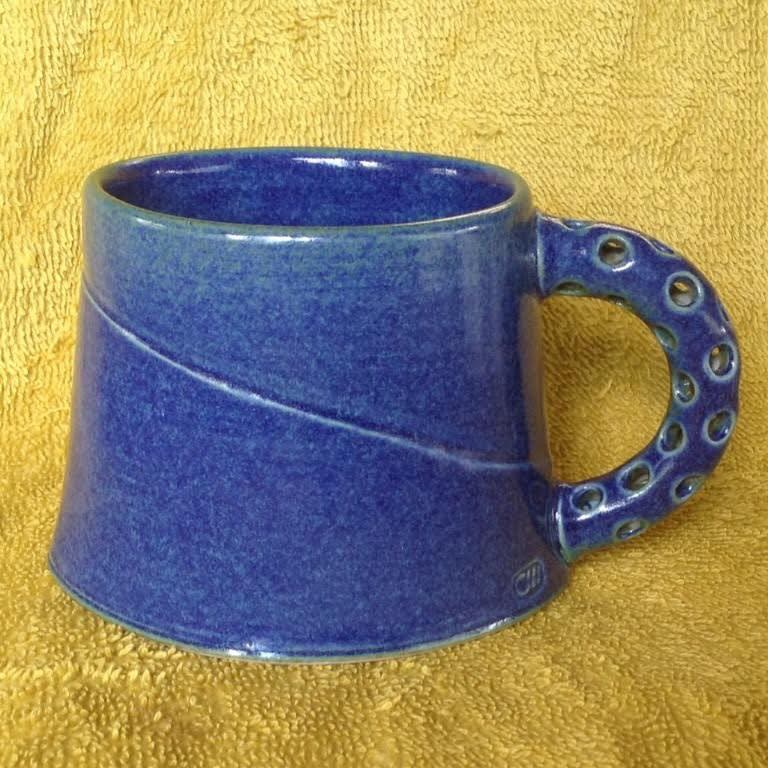 Wow I love your blue mug Jeremy!
The mark on the brown mug matches Chris's other mark in the Marks of NZ Potters book thanks Jeremy.

Chris has identified this teapot as his work. "Yes that is a very early one of mine. I'm not sure exactly when I made it but it was fired in my old fast-fire wood kiln." 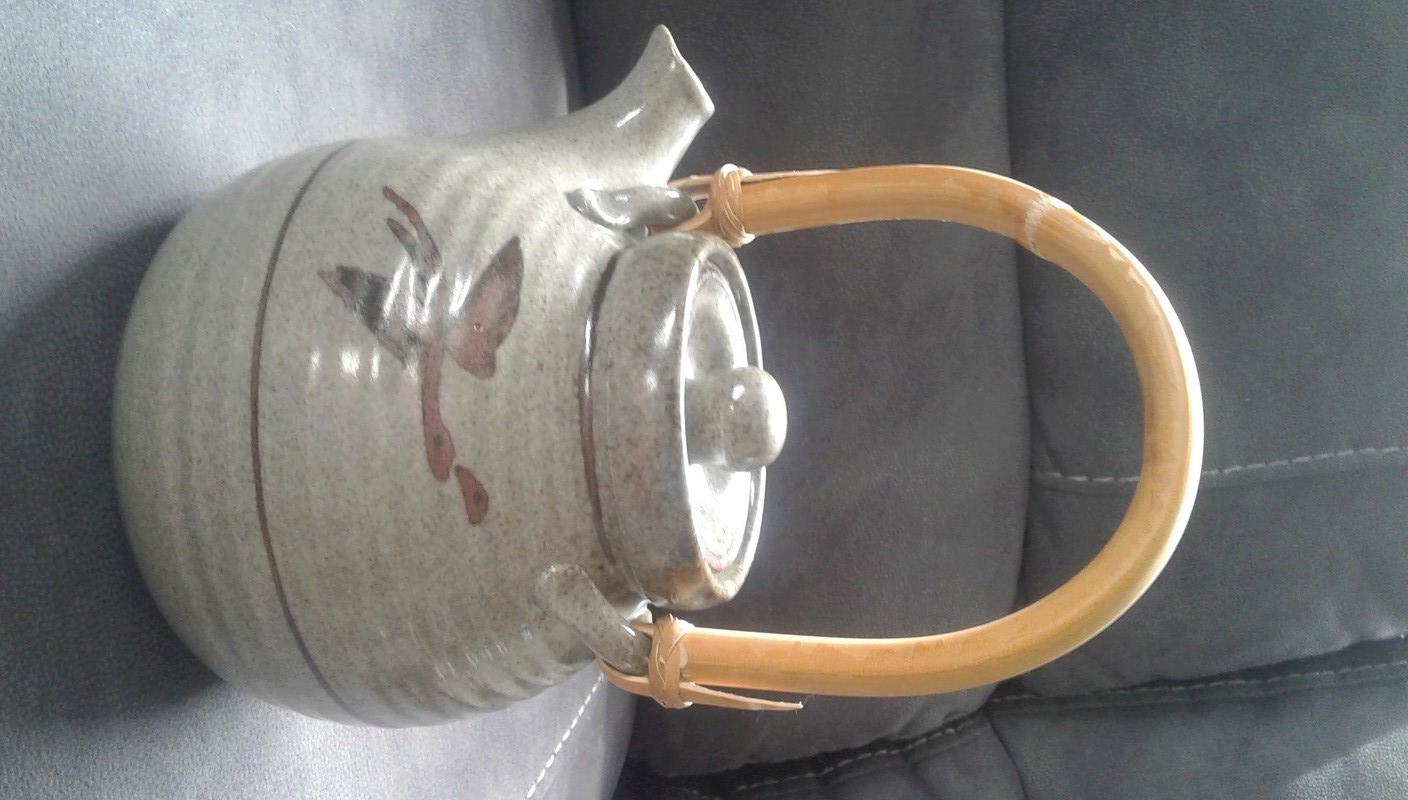 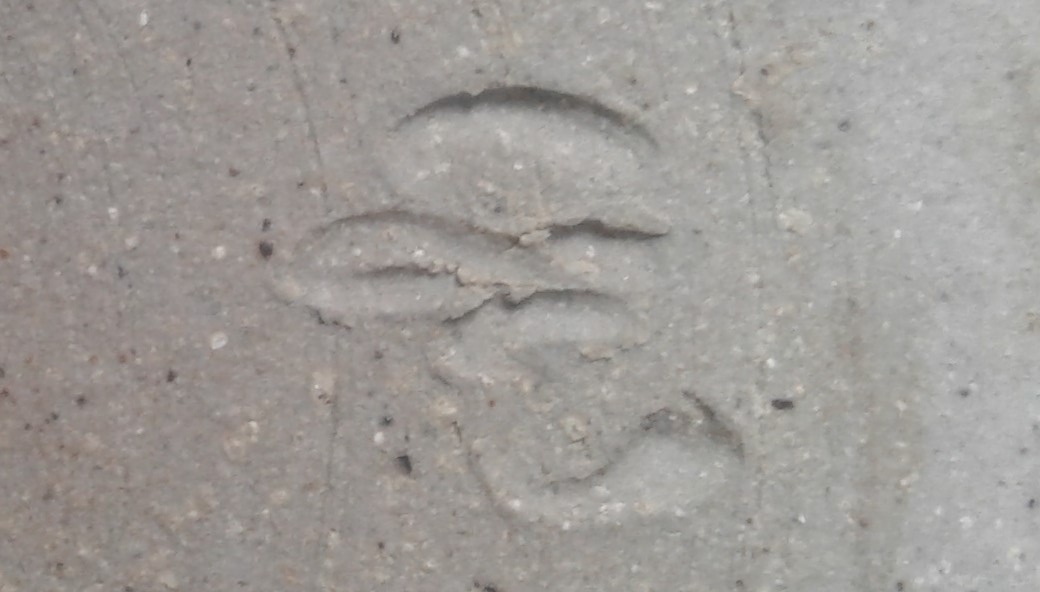