Many thanks to the Ferret for these photos

I have been told that this was made when Ant was potting at the Green Farm Pottery in Suffolk in the 1970's, before he returned to NZ and started Morris and James.

One of these stamps is his pottery mark and the other is the Green Farm Pottery stamp.
I'm still trying to determine which is which, as either could be interpreted as his mark. 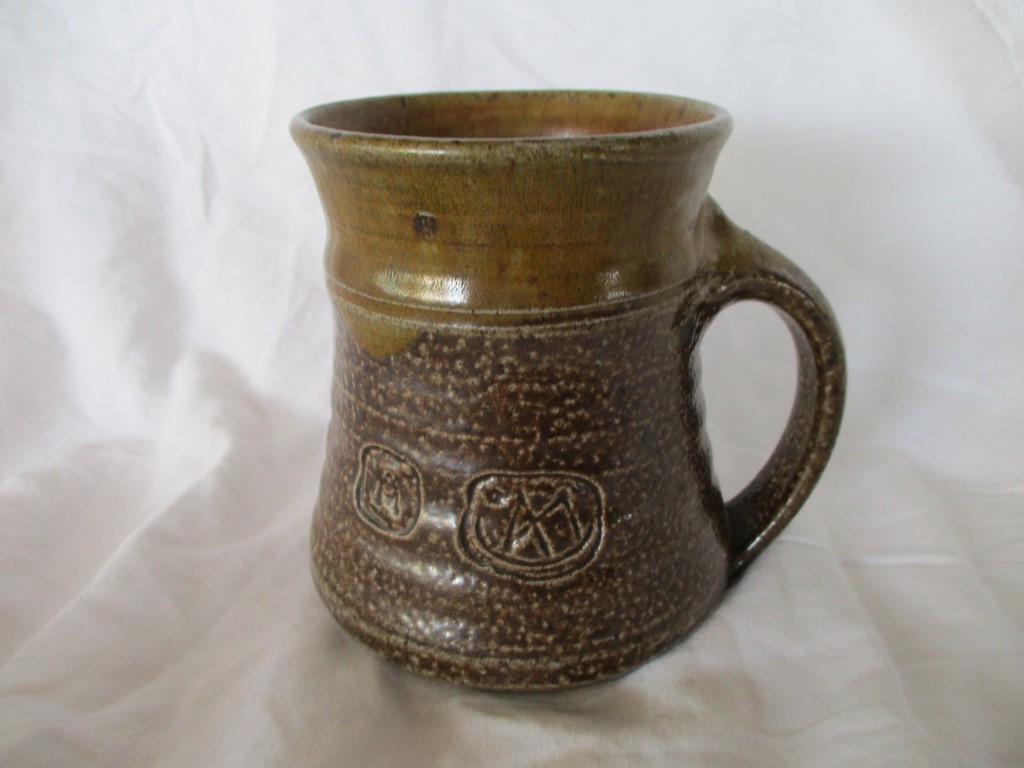 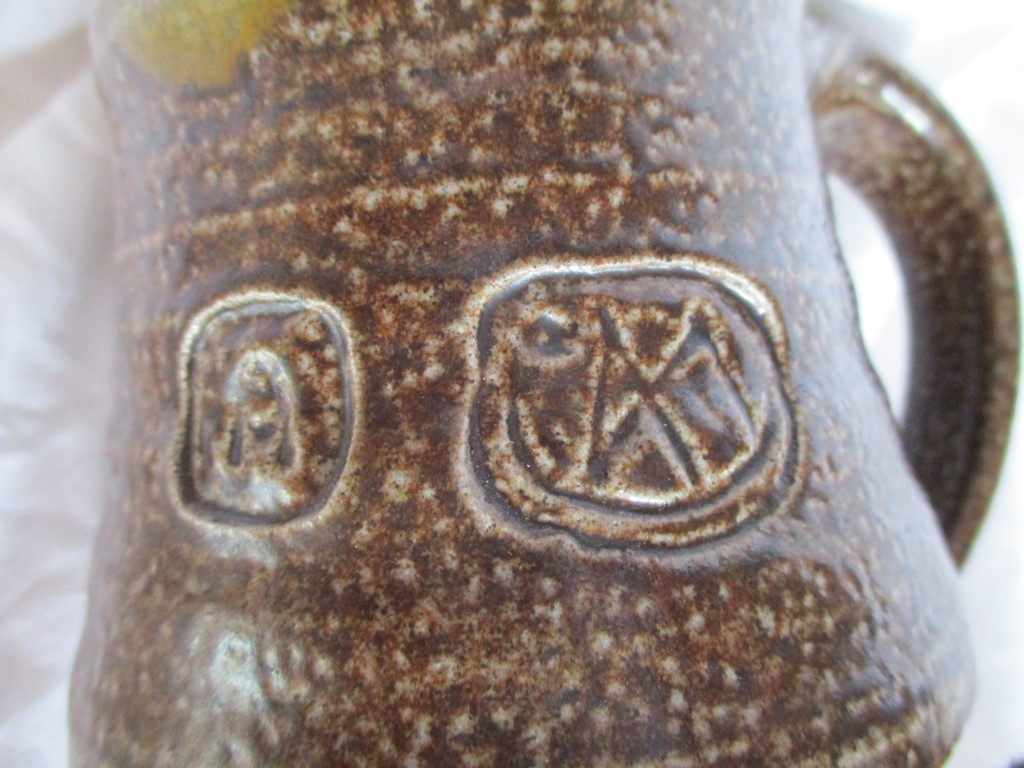 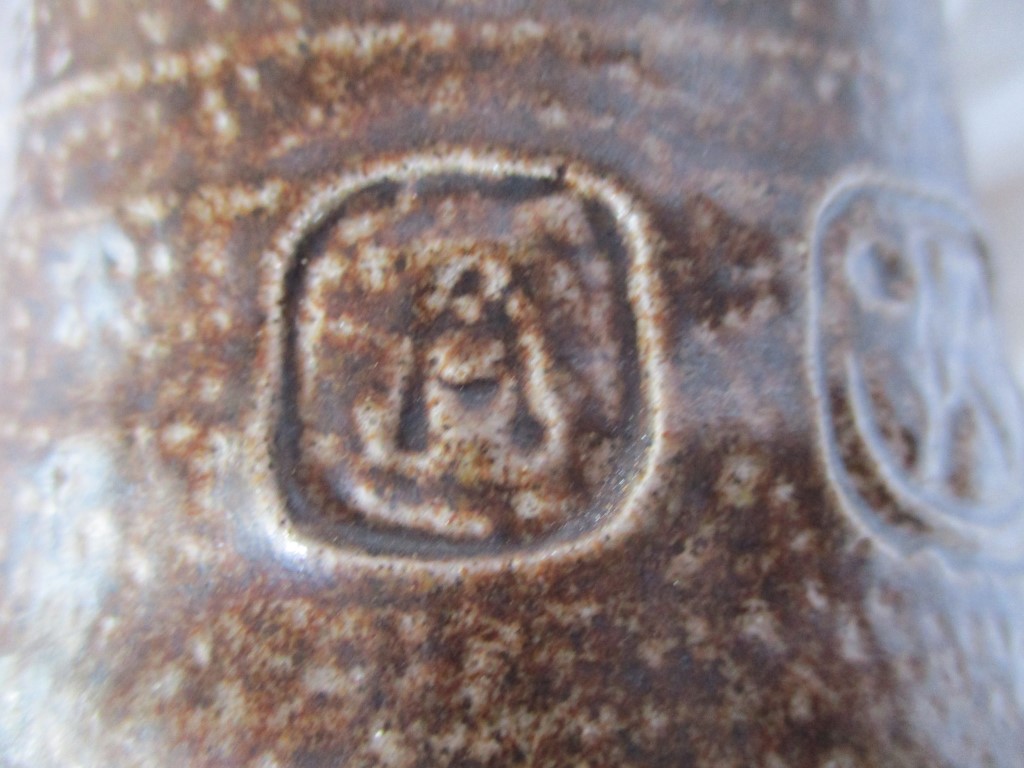 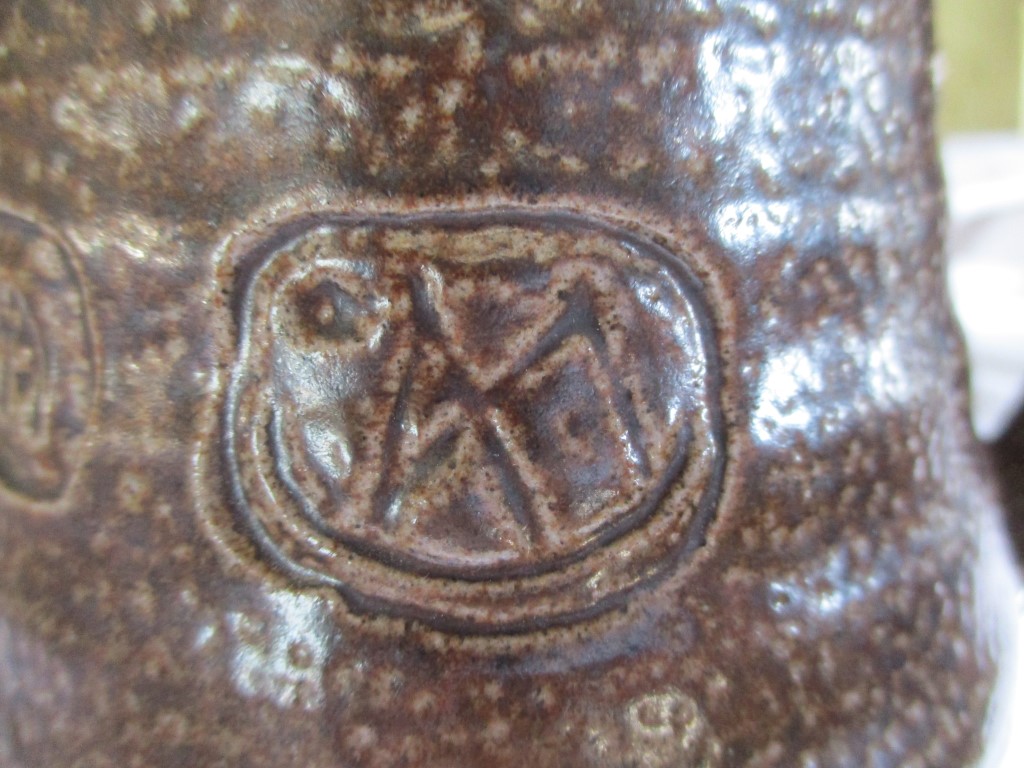