I thought we could start a small Oz pottery section particularly as Sydney seemed to be a stopover point for many NZ brickmakers and potters. There were many clayworkers in NSW from 1788 onwards and some of them moved on to NZ from 1816 on. Mirek Smisek, for example, is believed to have made musical jugs probably for Marrickville's Diana Pottery before he moved to NZ.

Although there is an Australian match for every product range put out by CLP no single pottery made the entire range of products. Fowlers of Glebe, Camperdown, Lane Cove and Marrickville came close starting with jars and bottles in 1837 but discontinuing domestic ware in 1975. 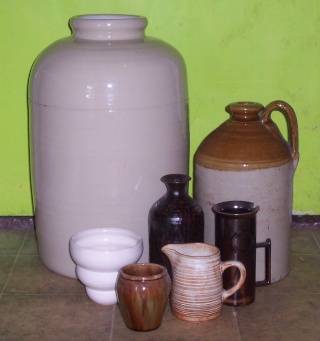 The large jar to the left is a Fowler piece about 46cm high. 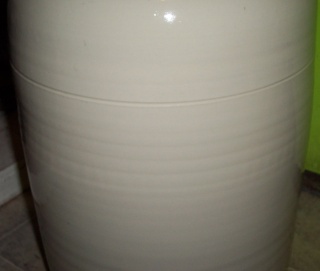 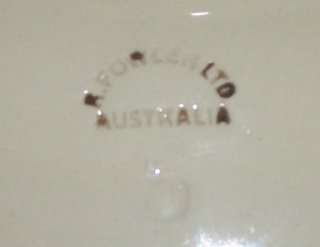 This Bendigo jug is a good example of salt glazing: 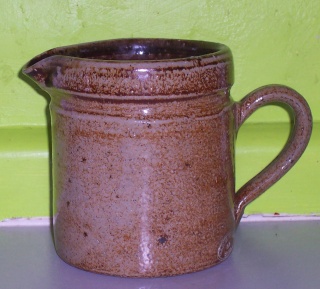 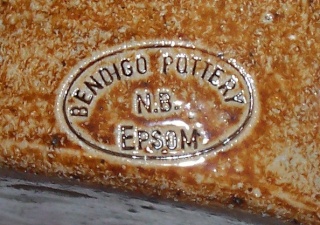 Re: Girt by sea

Only have a few Australian pieces.....
I have a Bendigo salt glazed jug which I got direct from the pottery and a salt glazed salt pig that I got from the local flea market for $1 and I use them all of the time. [I miss those flea markets!]
I also have a pair of candlestick holders made by Rod Page in the most gorgeous white chrystalline glaze. And I have a maybe Studio Anna pin dish

I made a few things while I was in Oz..... so I guess they would be Australian made ~_~