Haha I thought you were doing well,as I only paid $8 for my teapot that shape. Let's hope for a mini war at the end. Of course I'm a watcher, but I'm not an auction mucker arounder ...

...3030 soup bowl 10.5cmd
and dishes also by CL on with AirNZ Logo on side and a white one the same with no other markings than CL backstamp & British Airways. 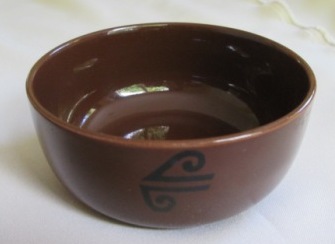 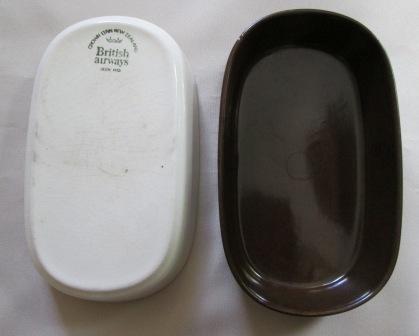 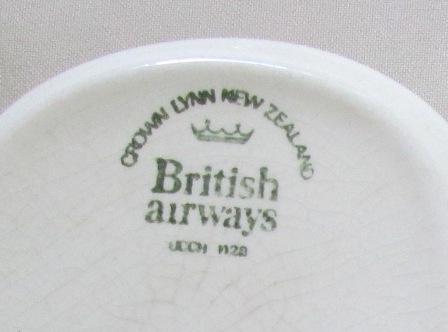 I am just trying to get my head around the CL cup shapes and numbers. I was looking at these 3 below and saw them the left one as the 3078 Modello, the one on the right as a 3038 from the cup shapes discussion but in the gallery it says the 3038 has a 3056 hande like the cup in the middle. Can someone set me right please as to what these are as I have tried and just got myself more confused. It will take a while for the numbers and shapes to stick.

Thanks Ev I forget that much of this is a work in progress. Very interesting as well.

Do you think we should put both these cups into the gallery as 3038 - have the 2 sitting side by side with a link to the explanation? Mike photos are quite good to see the shape and different handles

They should really have different shape numbers. There must be something that we are missing. It is time to take a fresh look at all of the info again to try and work it out ...

-- Sometimes you have to go back to the start, to find answers!!

Covering bases is a good idea.

I think that where things don't add up we do need to consider the possibility that there are some glitches in the records. (There is also the E/W vs vit 773 demitasse where this situation arises.)

In studying local history and architectural history I also found instances where the official records were at variance with reality.

As we haven't actually found any glitches in the records yet, I don't agree with you Jeremy.  We just don't have enough information that's all, as some of the descriptions are very skimpy and just say 'Cup' or 'Plate'.
This was a huge conglomerate running an international business and there wouldn't be room for endless errors left, right and centre.
I know the Portage Ceramics Trust have records that we don't have, but we haven't found a way to access them at the moment.  They have a photo somewhere showing tableware identification that I have yet to see.  Can't find just now!
Every time we visit the Museum we find more information and there is much more to discover.
You have suggested this many times and I won't give up that easily and continue to look high and low for answers.

I have found the same, the notes are very brief and describe items that we "wonder" what on earth does that mean... But marrying records up with several sources of information usually gets us to a point that clarify's it all.
I have pages and pages of assumptions and ideas/theory but its finding that extra piece of information to confirm.. would you agree Ev?

mike67 wrote:I am just trying to get my head around the CL cup shapes and numbers. I was looking at these 3 below and saw them the left one as the 3078 Modello, the one on the right as a 3038 from the cup shapes discussion but in the gallery it says the 3038 has a 3056 hande like the cup in the middle. Can someone set me right please as to what these are as I have tried and just got myself more confused. It will take a while for the numbers and shapes to stick.

Haven't we all had so much trouble with this!

I have just been looking at Portage and was surprised to see that they had labelled the round-handled earthenware coffee can above as a 782.

I have always kept that cup in the back of my mind as it is a coffee can and is so similar to the 782s and the 3022s.

Here's my latest thoughts which tie in with gallery definitions.

The 3022 was supposedly a replacement for the 782 but had a very short run.
The 782 appears to have outlived it but noting the bisques at Portage with stock numbers on, but none there for the 782, perhaps all 782s that sold after 1968 came out of unglazed stock, ie production did cease in 1968. That could explain some of the curious patterns appearing on them, eg Sapphire, Conifer, etc.

Next step, and this requires some input on production dates. The 3022 DID have a short production run. Maybe it was remodelled as the one above without a new number being issued, or as the 3038, then remodelled again later with the Apollo handle.

Whether the round (782/3056) or the angular (3024) handles came first one thing remains the same: the outside diameter of the 3022s and "3038s" is the same. The height is close, with the raised footring of the later can making up the difference.

Ev, we are all aware that the gallery definition does not match the cup shown (which I am agreeing is the 3038 shape), and what a lot of grief it has been getting to that point. I see Portage has cans with both handle shapes identified as 3038.

I think the thing that we have been missing here is the passage of time, and the added perspective that we get from looking at Portage: bisques were stockpiled, which resulted in obsolete shapes being glazed and reappearing beyond the date of their production runs (possibly for sale at seconds shops).

What is need to sort this out, I think, is matching the cans with the two different handles to production/advertisement dates.

This very topic is on my list for when I visit the Portage Ceramic Museum.
Hopefully they have material that we don't have that relates to these shapes.

My list has 20 corrections/queries, so it will be a slow process.

Do we have a full size pic of the 3072 large Apollo cup?
The gallery picture doesn't give much away.

I'm guessing the one from original post has disappeared, as they do from time to time, if there was one there.

I saw one today at Rainbows Relics and did a double take. It just looked so wrong. I haven't had much to do with Apollo cups in recent years but my mum bought an Apollo dinner set when I was in my teens, so I guess the 3024 shape was burned into my brain 40 years ago.

Your wish is my command Jeremy

Thanks Jeremy as it came to my attention that the 3072 was in a 1988 Catalogue for Apollo d14050.  I have several cups in this shape so it must be rather common. 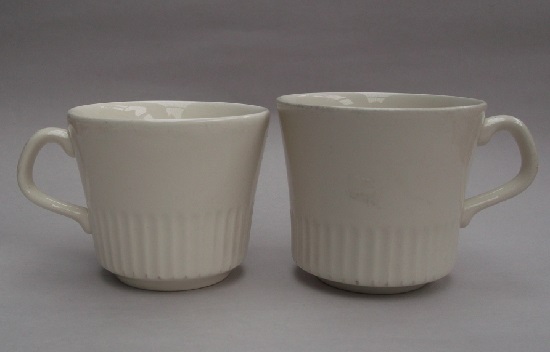 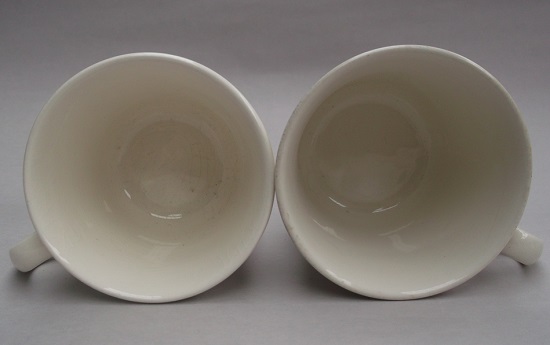 Even the stamp on the base is different... 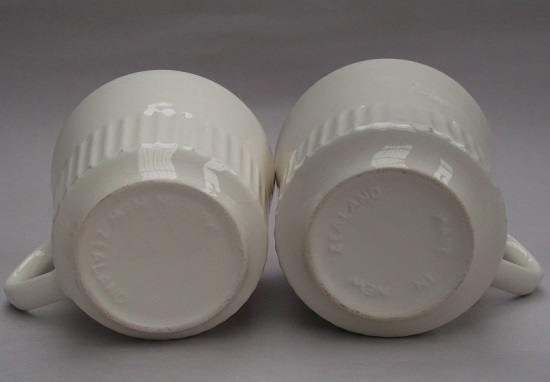 No wonder it threw me. The fluting is way shorter in the bigger cup.