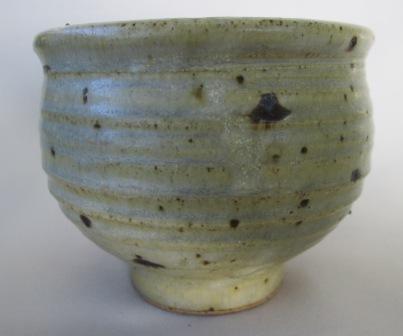 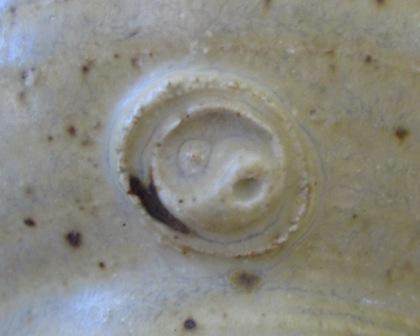 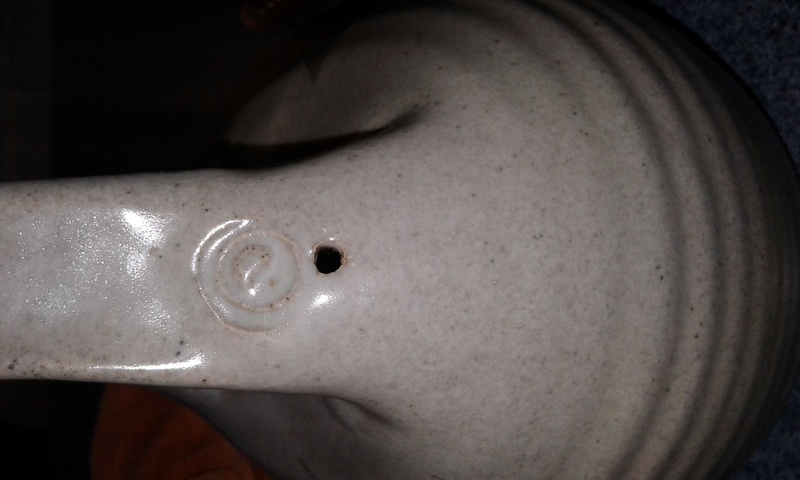 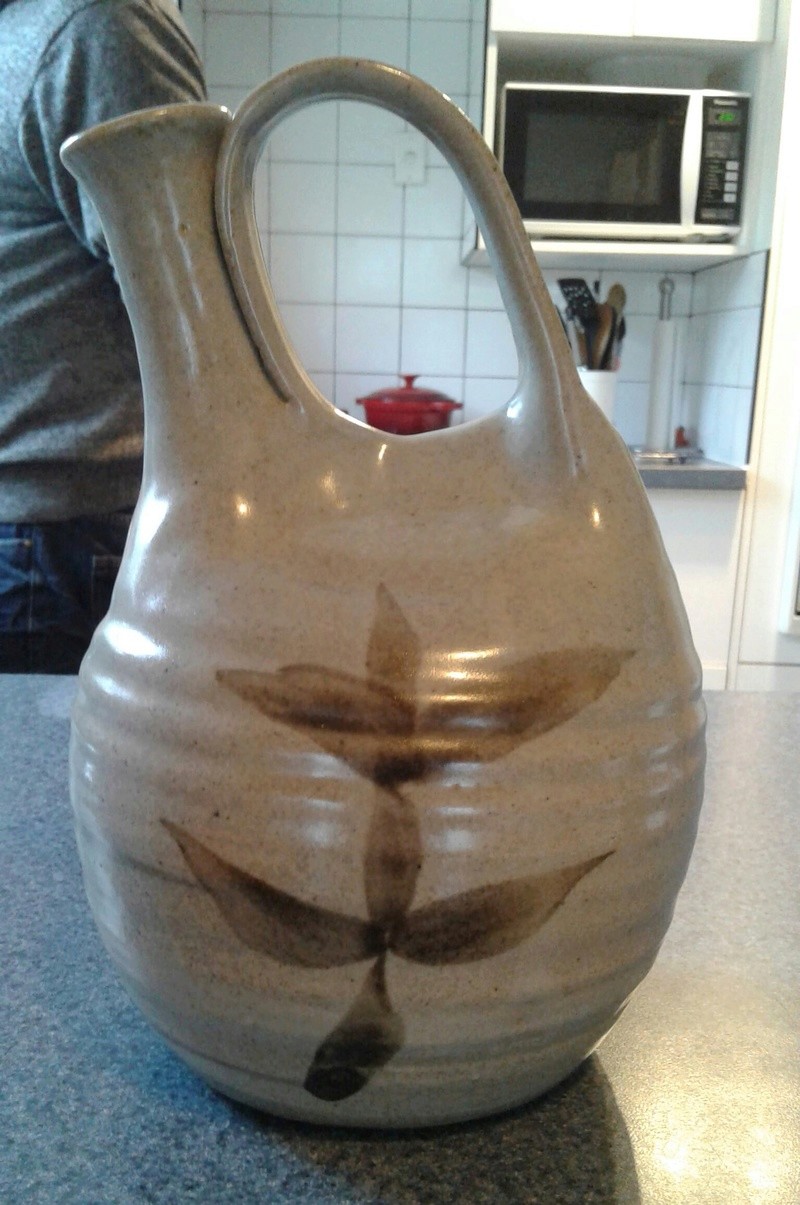 And the pot it's on

The following thread relates to this mystery mark too.

Another yin-yang or the same one rotated?

This one I bought from Lindsay Garmson also has a yin-yang.

It is 180 degrees from the one above, but the one teaandcoffee has linked to is 90 degrees.

I have yet to photograph so see Lindsay's pics on the listing: 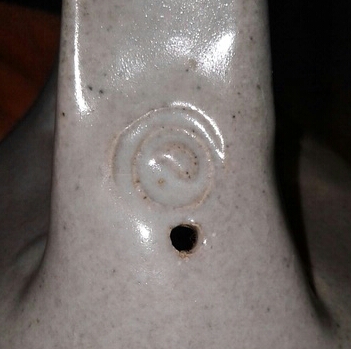 In its correct orientation

Cat,
I had another look.

Your mark and Kat's one appear to actually be mirror images of each other.

Mine would match one of them except it does not have the raised ring.

The yin-yang teaadcoffee linked to is a raised "S" with raised dots, which is completely different before we even consider orientation.

The two here are so close to being the same mark except for the mirroring that they may be one mark and its replacement inadvertently made in reverse.

Kat has also posted another yin-yang mark elsewhere on a piece with a copper-barium glaze.

The yin-yang symbol appears to have been a very popular choice for potters' marks.

In its correct orientation

Cat your bottle appears to be made by Julian Pirie as the stamp matches the one that Rebecca has that has his name on the sticker. Cheers