As I was walking across the shop I recognised this pattern as being very similar to one I have seen repeatedly on Sunnyvale Pottery. Sure enough this is marked with the familiar "M" of Ken Martin. Must be ten inches (250) across. 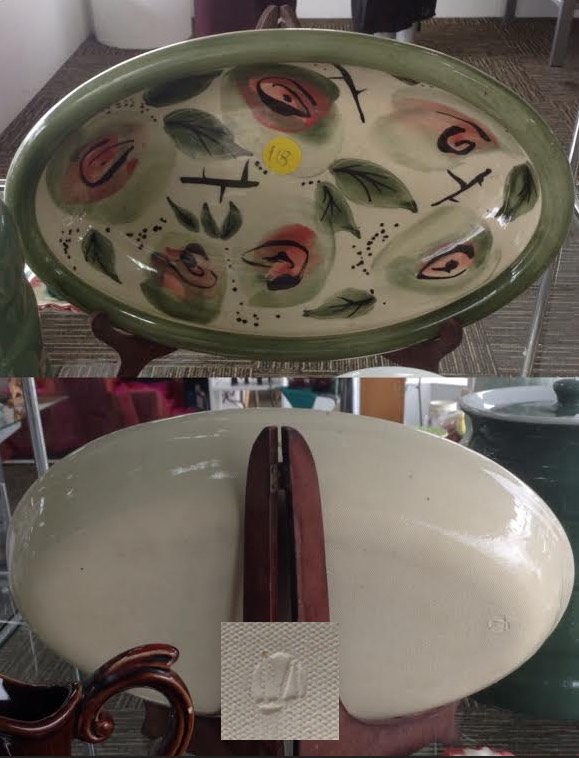 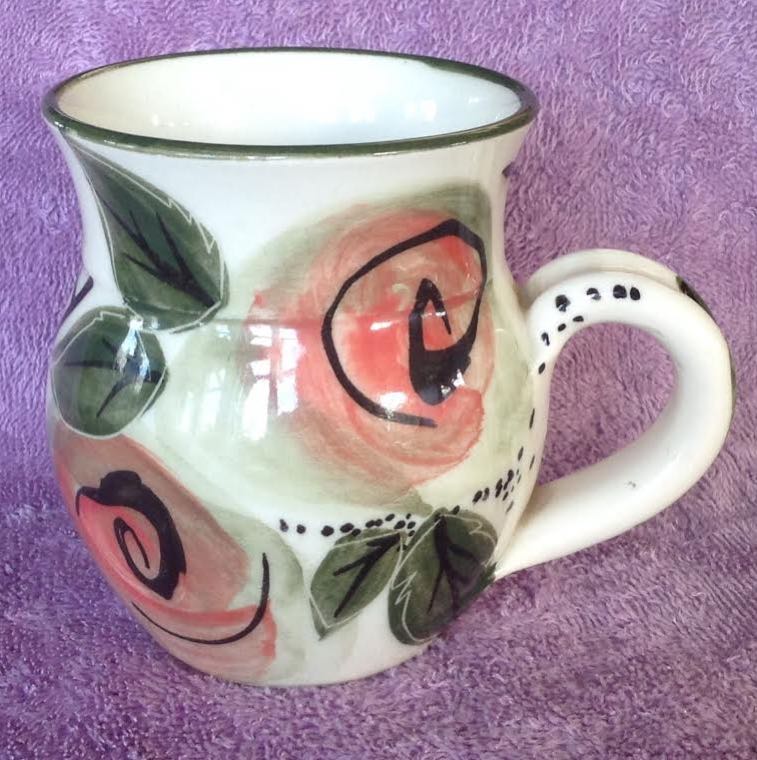 This mug has the same pattern as the Ken Martin dish above.
It is not marked for potter, or for decorator. 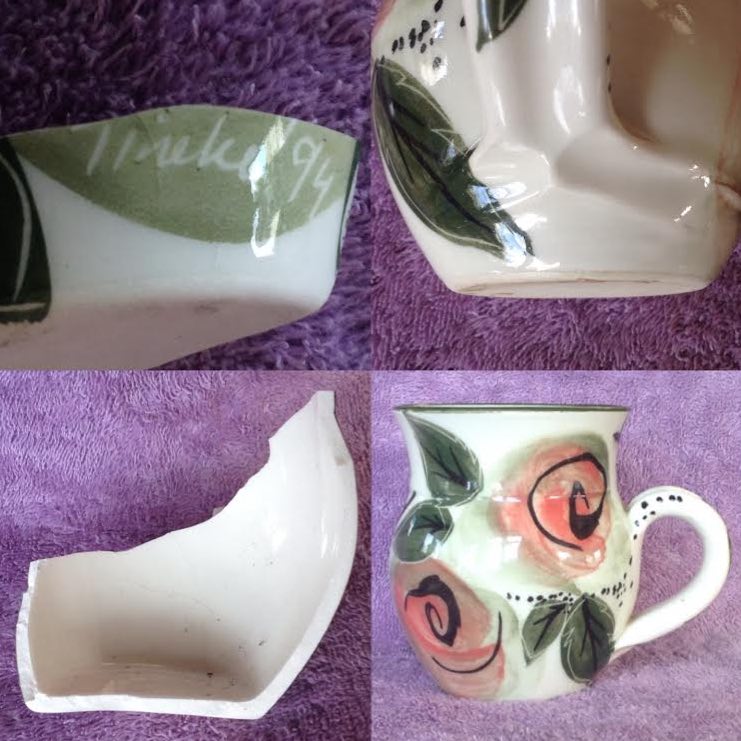 This shard (top left) from its mate (which escaped my hands as I was opening my front door) is clearly marked "Tineke 94". I have seen Tineke's name on work marked Sunnyvale and on other unmarked work. There is some discussion on that here: https://www.newzealandpottery.net/t3987-pacific-originals-fishy-mug#29326

This mug has the appearance of being handpotted. I bought the two because the marked one was badly crazed and I was planning to compare the two to look for differences (to determine whether they were thrown or cast) but that is a bit tricky now.

From what I can piece together (pun intended) they appear to be the same size but show some variation at the handle ends, which could be attributable to fettling. That said, I see no evidence of mould marks anywhere so if these are cast they are very well fettled. Also, there is no evidence of hollowing at the handle fixing (inside the mug), and the handle itself is hollow in cross-section which would make it quite hard to remove from a mould. I have included a shard showing the junction of base and side: I hope an experienced potter like Ev will be able to tell me whether that indicates thrown or cast.

I have shied away from the coloured mugs of the 1990s but I do love the Tineke/Sunnyvale/Ken-Martin designs such as these abstracted roses.

My potters eyes tell me that the mug was slipcast and the handle was attached later by hand - pulled as the potters say.  I have one in my stash which has been made in the same way.

I thought I had made a post about this very same thing, but I can't find it.
Here is my mug ... and it has Ken Martin and Lee Fraser Sunnyvale Pottery on the base 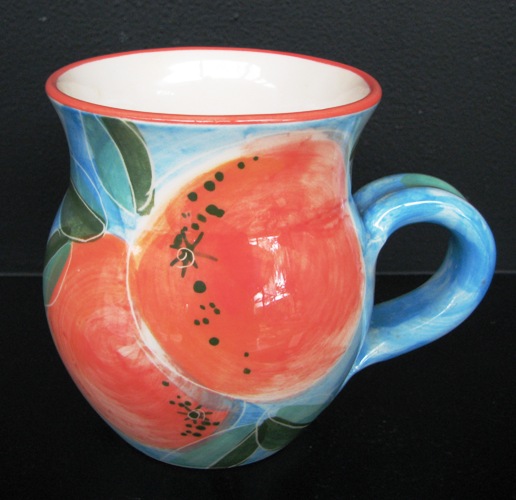 I found this the other day. It is going to be my new utensil holder. It must have had a lid sometime and it has crazing, but it is about the right green for the kitchen. Sans lid it is 15.5cm high. Is there a 'Sunnyvale' gallery? 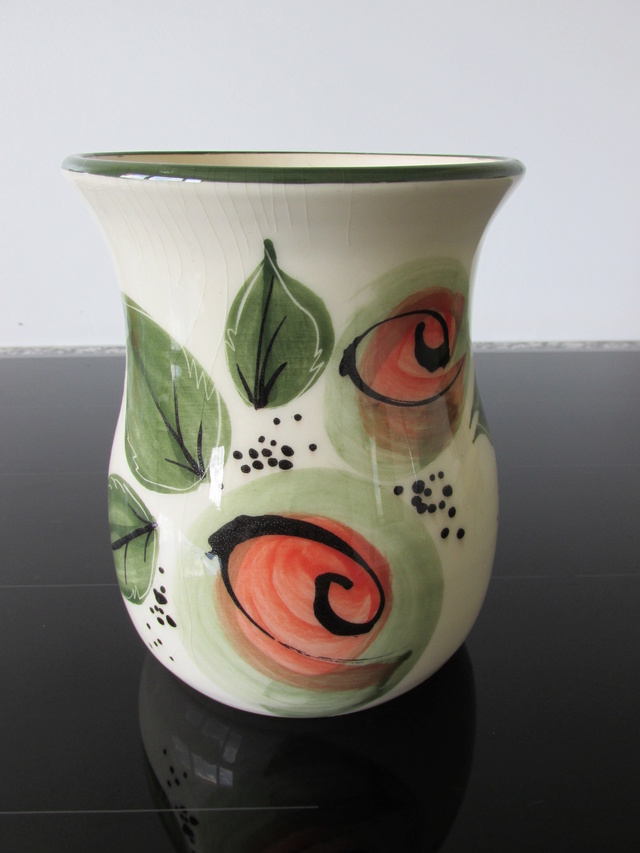 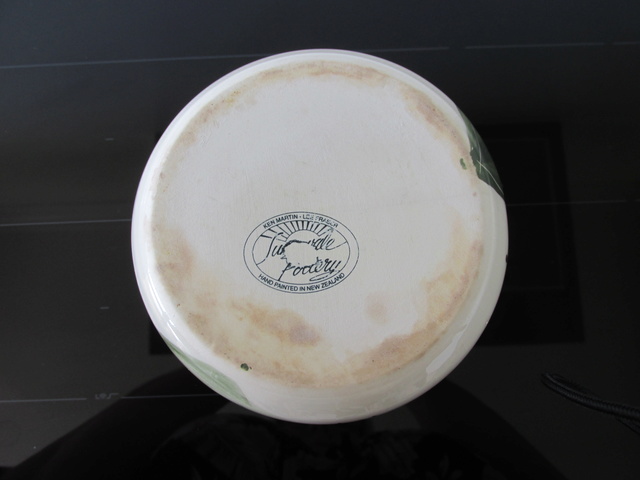 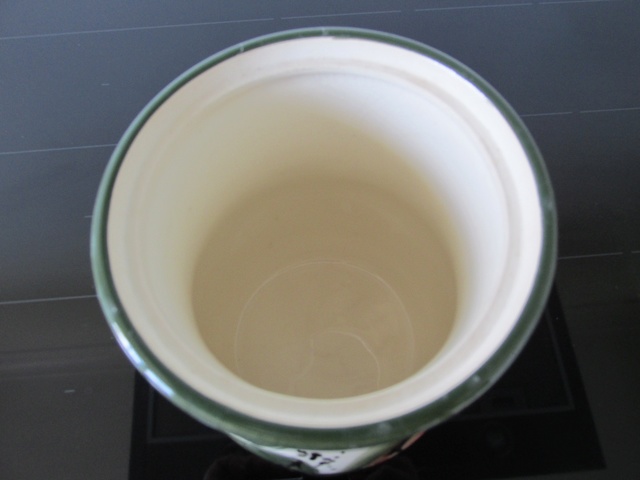 No there isn't a Sunnyvale Gallery as we need at least 20 pot photos to warrant one.

A large dish / bowl, delicately coloured in grey and pink: 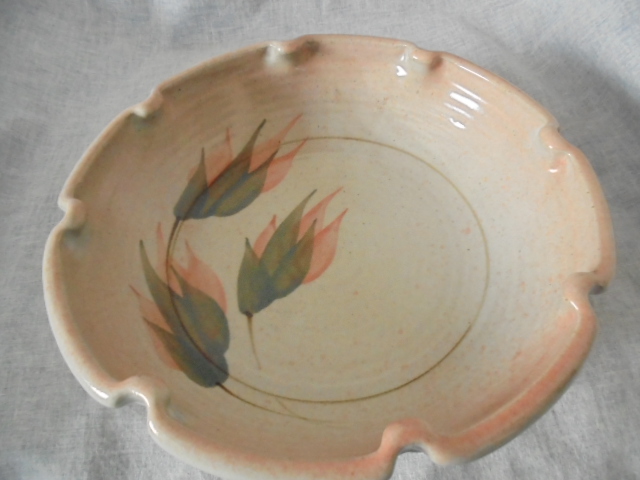 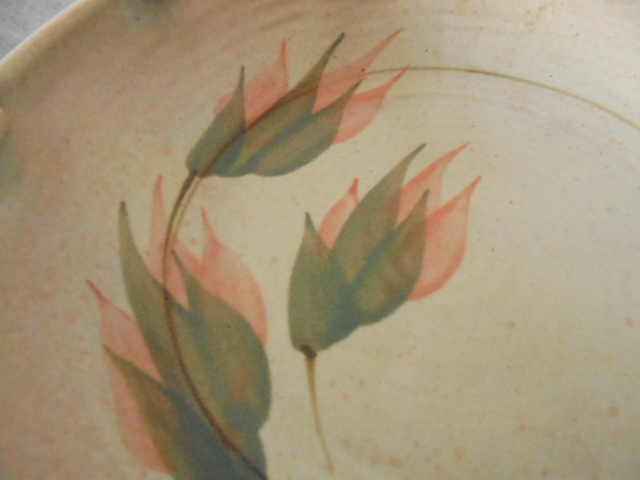 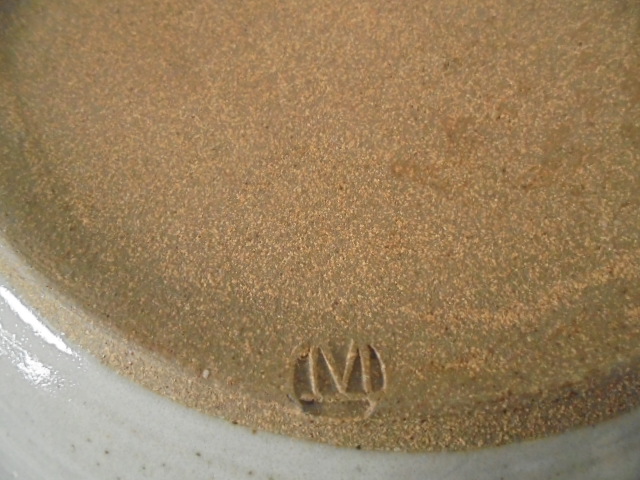 And a bright rectangular dish, with the Sunnyvale stamp: 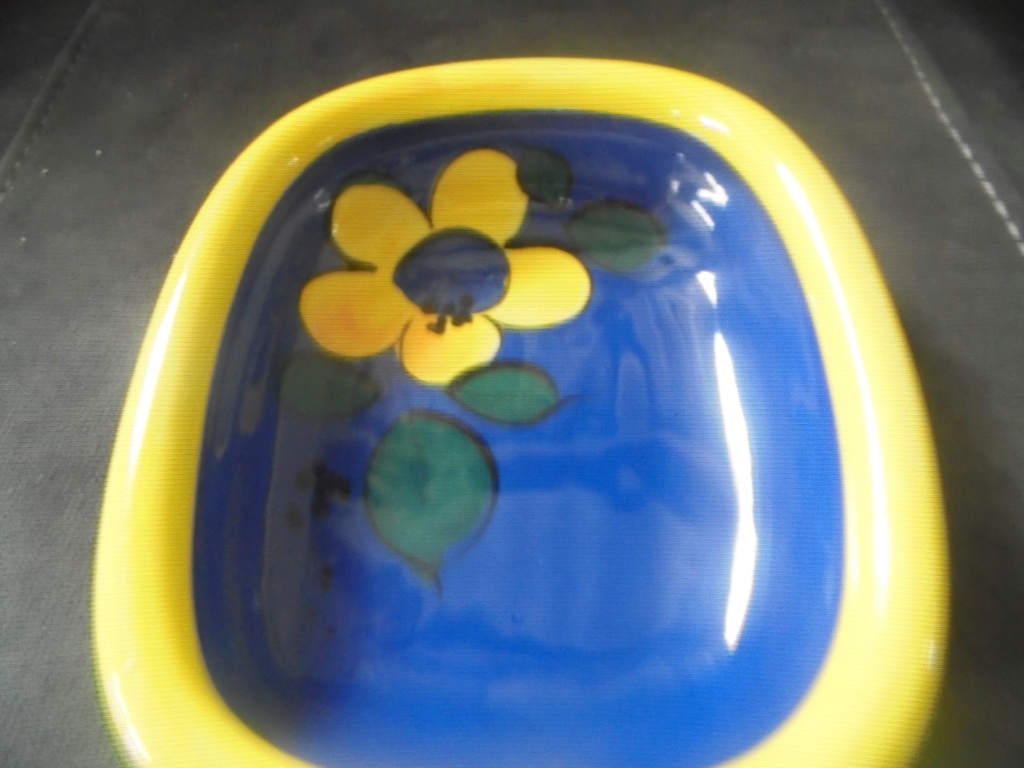 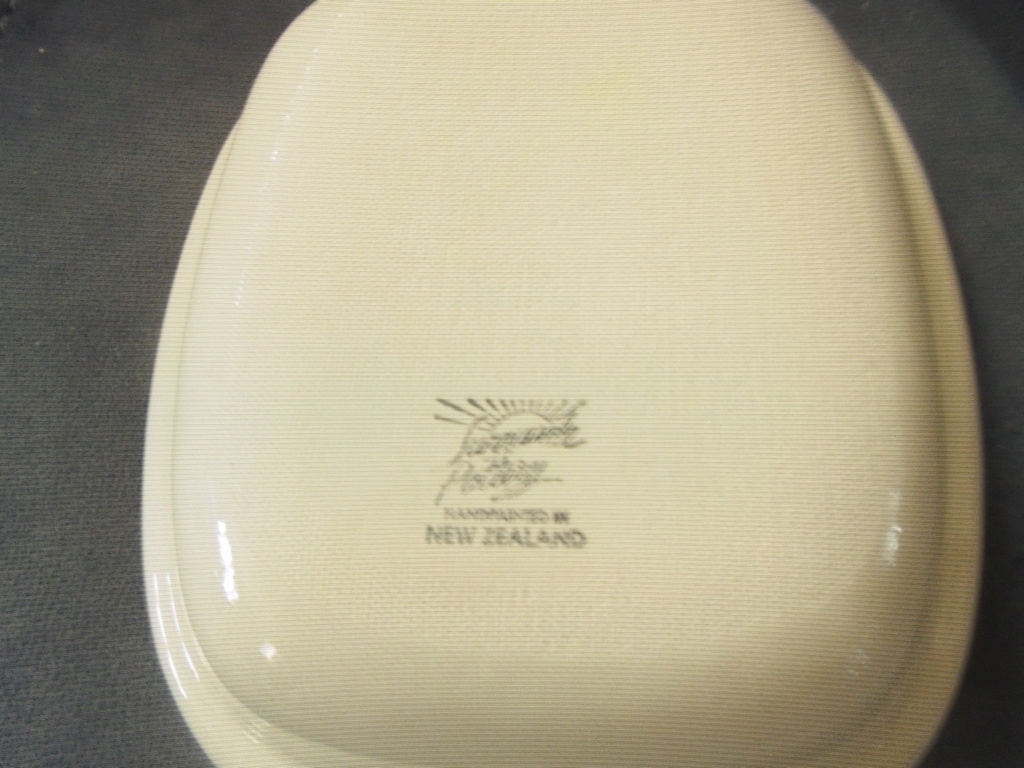