I'm so pleased with these that I'm giving them their own topic rather than just adding to my Quarry topic https://www.newzealandpottery.net/t7839-casual-clay-at-the-quarry-arts-centre-whangarei-a-recent-bisque-firing

The weekend before last I attended Richard Darbyshire's glazing workshop at the Quarry Art Centre. Here are the results.

I had been expecting something different from what eventuated as my interest is in making traditional glazes and instead we were presented with a sample of the commercial glazes available at the quarry store and told to just go at it.

At first I wasn't sure my whether my earthenware mugs were even going to withstand the firing temperature of 1200C, and I had not come prepared for "decorating" so I was a bit hesitant about doing anything. I eventually had a bit of a puddle with my first pinched mug and my one and only coil one.

When I saw a bag of the same clay nearby I realised 1200 was fine but was still reluctant to decorate any of my thrown mugs. Then, one by one I dipped all but two of them in the rich black glaze that Rosy & Rich use on their own wares.

We are due back for a discussion on our results in two weeks but I saw the door of the clay room open today and went to check if my work had been fired. They had and Rich said I could take them away if I wanted.

Things were not quite what I was expecting. On the mugs I had coloured, I had used a blending clear glaze and the colours had muddied up. The black glazed ones are slightly brown, which Rich attributes to iron in the terracotta body. Even so, I'm pleased with the results.

Back at the work room Kat put dibs on my first pinched face mug and Suza Schiele laid claim to the other one which is loosely based on a face mug by Yvonne Rust. I wasn't thinking of parting with them but I enjoyed the flattery and acquiesced. I will have them for two more weeks. 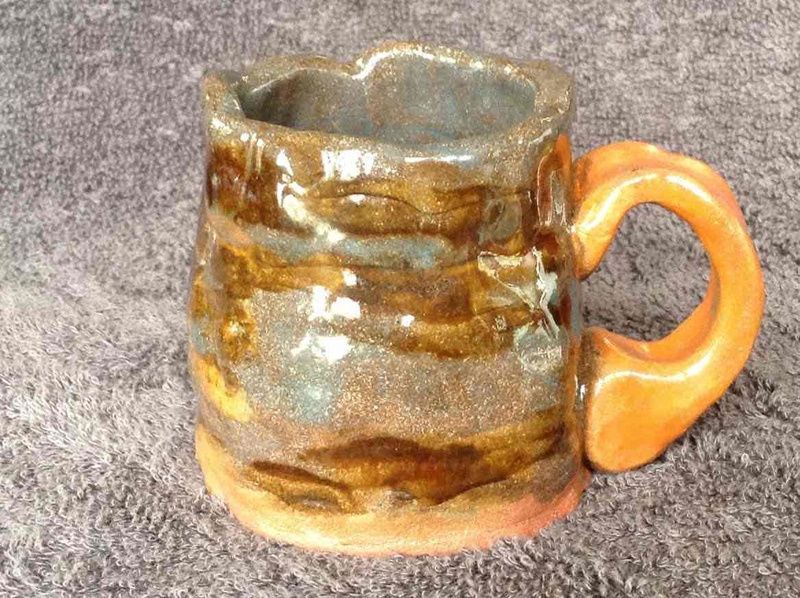 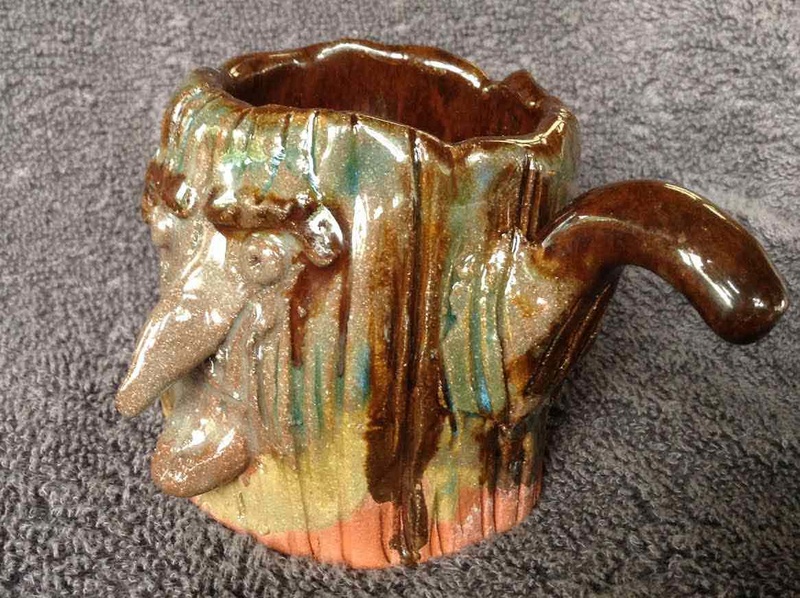 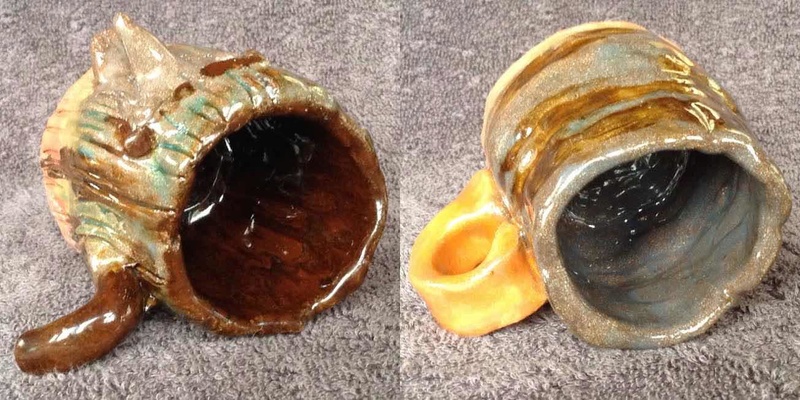 inside the two above

I put plenty of glaze inside to seal and got some running which I really like. 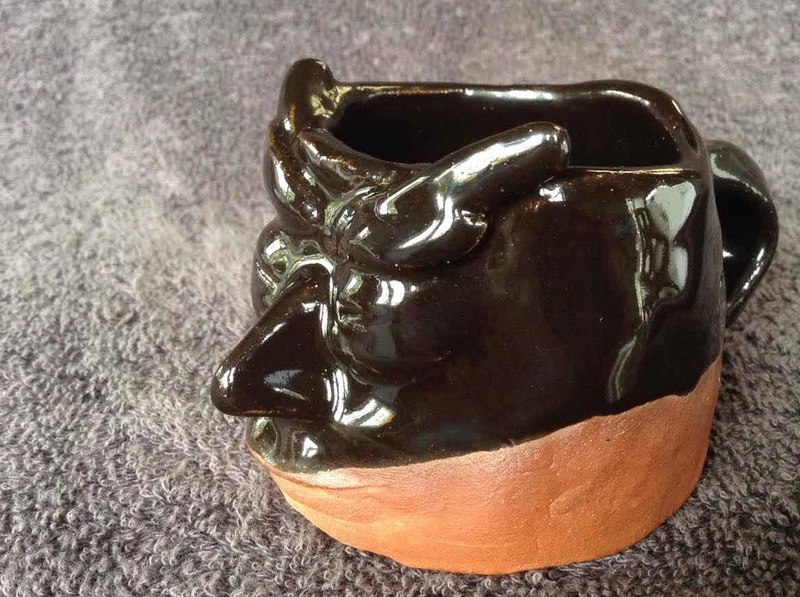 Every one calls him Batman!

The mug on the left is my first throwing effort, assisted by Margriet Bruin.
The rest are from my first solo throwing at Casual Clay the following week.
.

Re: my first finished pots

First fired pieces are so exciting, actually so is the 1000th piece too

You have a unique style going there Jeremy and I hope you stick with it.