Photo courtesy of miranda g.
I would love to know what the other writing says on the mug.
Edits to add that Miranda has let me know that the words are
Parliament House, New Zealand 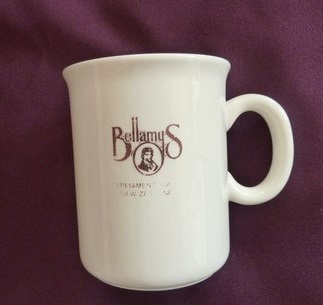 This mug has got me wondering ....
As it's for the Bellamy's Restaurant and it isn't vitrified, perhaps it is the Shape 3802 Stoneware Mug that is the same shape as the Earthenware 3050. These were first made in 1980.
It would have to tolerate the restaurants dishwasher and the decal shows signs of wear.
I really need you all to think about this, especially Jeremy.
I will ask for a photo of the base to see if there are any points of difference and if it 'feels' like stoneware compared to earthenware.

Base photo and size comparison would be helpful.

Pity if they bothered to make the cup dishwasher safe and then added a transfer that isn't!

I've photographed it with a "common" one, which I thought was the same - but it's NOT!
Bellamys top outside diameter = 75 mm
bird mug top OD= 76 mm
Foot rings seem equal, but Bellamys base OD seems a tiny bit smaller.
Heights obvious in pic - Bellamys = 90 mm; bird mug= 92 mm -ish 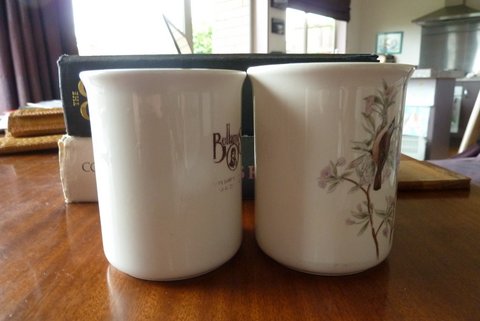 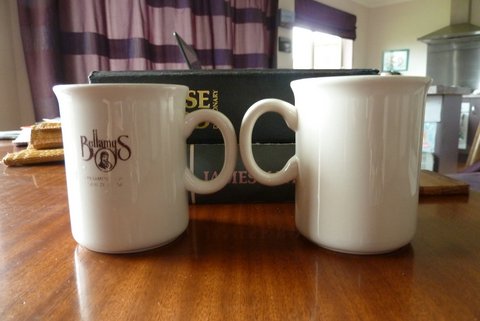 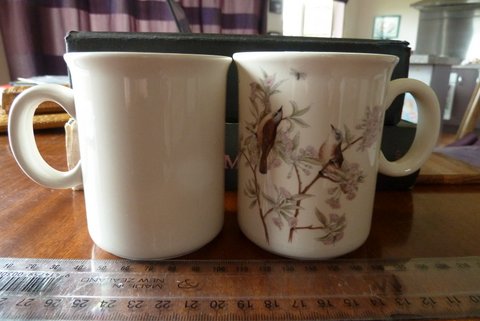 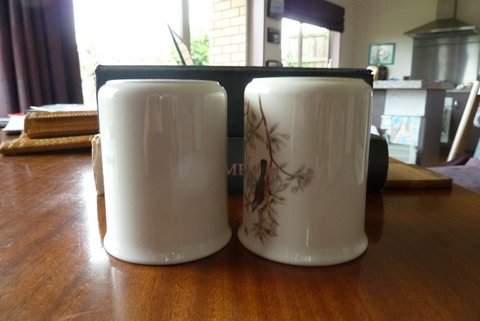 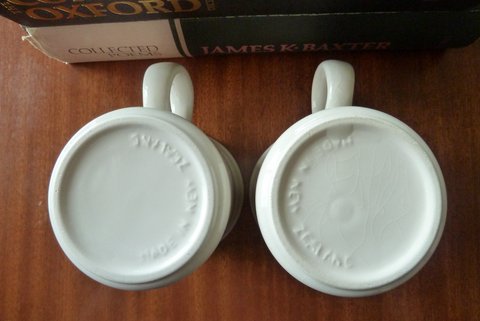 Thank you so much for this information as it tells me that this is the Stoneware version of the 3050 mug, which is the other mug in the photos by the way

Do you agree Jeremy?

Similar topics
» Bellamys tableware - has anyone got any they can lend to an exhibition?